Through These Eyes is the debut solo album by Bryan Josh of Mostly Autumn fame. He plays all the instruments on the album except the drums and flute parts. Gavin Griffiths of Karnataka, Panic Room and Mostly Autumn played most of the drums on the album with Henry Borne, Mostly Autumn drummer during the 2008 shows, playing drums on two of the tracks. The two tracks Borne played on were songs left over from Mostly Autumn's Glass Shadows sessions and they can be heard in instrumental form on the bonus DVD that came with the special edition of Glass Shadows . The album also features Mostly Autumn bandmate Olivia Sparnenn on a few tracks singing lead, harmony and backing vocals.

Bryan Josh is a multi-instrumentalist who is the founder of British progressive rock band Mostly Autumn. While primarily being the band's lead singer and lead guitarist, he has performed on many other instruments in the studio, which include the bass guitar, piano and keyboards. He, either alone or with other members of the band, has written a large percentage of the band's back catalogue. He also contributed to Mostly Autumn keyboardist Iain Jennings' solo album, Breathing Space where he played two guitar solos. 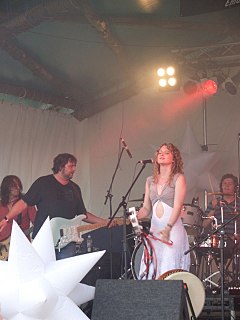 Karnataka were formed in 1997 by founding members, Ian Jones, Jonathan Edwards (keyboards) and Rachel Jones (vocals). The band started as a project to record songs in Ian's home studio, that had been written and performed by Jonathan, Rachel and Ian in earlier bands. The project was augmented by additional musicians, Paul Davies and Gavin Griffiths (drums), who had played with other members of Karnataka in earlier bands. At the end of the recording the decision was made to continue the project as a band. The name Karnataka was chosen by the band, from a suggestion by Ian, following his trips to that state of India.

(All songs written by Bryan Josh)

Produced and engineered by John Spence at Fairview Studio.

From Autumn to Ashes is a post-hardcore band based in Long Island, New York. The group formed in 2000 originally under the name Who's to Blame. While the band had gone through many line-up changes, the members include Francis Mark, Scott Gross (guitars), Benjamin Perri, Brian Deneeve, Stephen Salvio (guitars), Josh Newton, Mike Pilato, Rob Lauritsen (guitars), Jonathan Cox (guitars) and Jeff Gretz.

"Deuce" is a song by the American hard rock band Kiss, written by bassist and vocalist Gene Simmons. The song appeared on Kiss' eponymous 1974 debut album. In addition to being one of the band's most popular and most-covered songs, "Deuce" is a traditional concert opener. The song has been performed on almost every tour to date, and has appeared on many Kiss live and compilation albums. 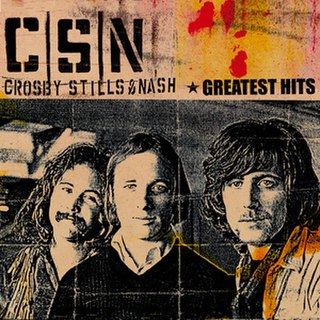 Greatest Hits is the fifteenth Crosby, Stills & Nash album, and their fifth compilation, released by Rhino Records in 2005. It peaked at #24 on the Billboard 200, debuting at that position on April 2, 2005 with first week sales of 33,000 copies, and spending eight weeks on the chart. Its current sales sit at over 640,000. The album was dedicated to Cass Elliot with great thanks to Neil Young. 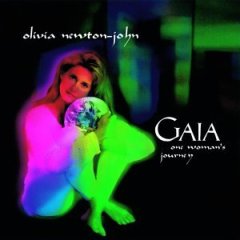 Gaia: One Woman's Journey is an album released by Olivia Newton-John in 1994. For the first time, Newton-John wrote all the songs and co-produced the album.

Live/Indian Summer is the first live album by Al Stewart, released in 1981. It was originally released as a double LP, with sides 2, 3 & 4 featuring live material while side 1 featured five new studio recordings. The side 1 tracks were recorded at Evergreen Studios, Los Angeles between June–August 1981, while the three live sides were recorded at The Roxy Theatre, Los Angeles in April 1981. This was the second and last album Stewart performed with his backing band Shot in the Dark. 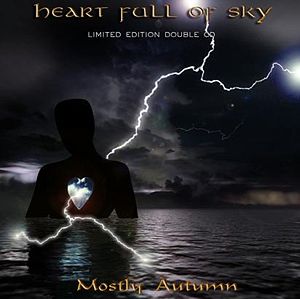 Heart Full of Sky is the seventh studio album from rock artists Mostly Autumn released in 2006. The limited edition double-CD version was only available via the band's official website, whereas the single-CD version is available as a general release. This is the first Mostly Autumn album to feature multi-instrumentalist Chris Johnson, and the first to feature Olivia Sparnenn as an official member. Also, it is the last album to feature Angela Gordon, who left Mostly Autumn to look after her newborn baby, and Andrew Jennings, who left due to other commitments.

Just Breathe is LoveHateHero's first album, released on May 17, 2005. The song "Theatre of Robots" features the vocals of Juliet Simms of Automatic Loveletter. 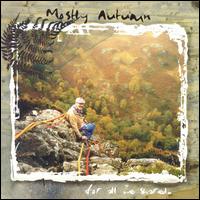 For All We Shared... is the debut album by the band Mostly Autumn. It is the only Mostly Autumn album to feature Allan Scott on drums and Kev Gibbons on whistles.

Catch the Spirit is a compilation album released by rock band Mostly Autumn in 2002. This replaced the previous anthology Heroes Never Die and provides an introduction to the band using re-recorded material from their first four studio albums.

Breathing Space is the debut solo album by UK keyboardist Iain Jennings. Although this album was originally released as Iain Jennings's album, it has become known as Breathing Space's first album because of the subsequent tours and the follow-up album Coming Up for Air in 2007. 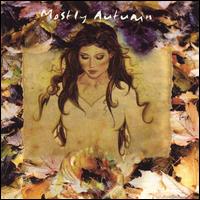 The Last Bright Light is the third studio album by rock band Mostly Autumn. It is the first album to feature drummer Jonathon Blackmore and bassist Andy Smith. It is the only Mostly Autumn album on which Angela Gordon receives a writing credit.

Coming Up for Air is the debut album by British progressive rock band Breathing Space but the second album to carry the 'Breathing Space' name as Iain Jennings' 2005 solo album was also titled Breathing Space and the band he formed took that name to tour the album. However, this album is the first one produced as a full band.

Below the Radar is the second album by British progressive rock band Breathing Space but is the third album to carry the Breathing Space name. This album was recorded during an interim period after the departure of guitarist Mark Rowen, and Liam Davison of Mostly Autumn fame recorded all the guitar tracks and played a few live shows with the band. This album showcases a much rockier sound than Coming Up for Air and has been well received by the Breathing Space fans. 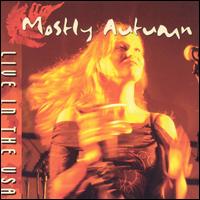 Live in the USA is a live album recorded October 2002 and released in 2003 by rock band Mostly Autumn. 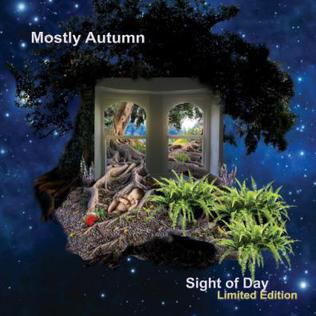 Sight of Day is the twelfth album by English progressive rock band Mostly Autumn. As with many of the band's previous albums, the recording was funded through a pre-order campaign. Those who pre-ordered the album received a double-disc edition of the album, which was released on 10 February 2017. A single-disc edition of the album was made available for general release on 7 April.