Throwaway Kids was a two-part investigative report airing on the ABC News television series 20/20 in 1981.

The report followed a nine-month undercover investigation by producers Karen Burnes and Bill Lichtenstein. The reports detailed the documented abuse, neglect, and preventable deaths among children, the aged, and those with mental illness who were in the care and custody of the Oklahoma Department of Human Services.

The main focus of the reports were the state's "warehousing" of children, many of whom were in state custody for being abused or abandoned. In turn, the state received per diem federal funds for each child in its custody, but it failed to provide appropriate services for the children with the revenue.

At the time of the program, Oklahoma had no foster care system, so children who were abandoned, abused, neglected, or in need of supervision, were placed in large, outmoded, state-run institutions, many of which were located in rural towns of the state, and were without services or proper care. Lichtenstein and Burnes obtained thousands of pages of confidential "Abuse Reports," generated by state workers and kept by the Department of Human Services, detailing the mistreatment of children in state's custody, ranging from children being beaten by often unqualified staff, to kids being locked in isolation for weeks at a time. There were also numerous unexplained deaths at the state hospital for children with mental retardation, which the investigation showed were the result of neglect and abuse by state workers. [1]

Burnes and Lichtenstein were part of a team of reporters who collaborated on the investigation, which included ABC's Sylvia Chase, Pulitzer Prize-winners John Hanchette and Carlton Sherwood of Gannett News Service, and the investigative team from local TV station KOCO, which was an ABC affiliate and was owned by Gannett. This unprecedented investigation, involving national and local broadcast and print reporters, culminated with articles published by Gannett, a special two-part report on 20/20, "Throwaway Kids," produced by Burnes and Lichtenstein, and a series, "Oklahoma Shame," which aired locally in Oklahoma City on KOCO-TV. [2] The series was honored with a 1982 Peabody Award and a National Headliner Award, and was nominated for a national news Emmy Award.

In 1982, only months after the reports ran, Lloyd E. Rader, Sr., the director of the Oklahoma Department of Human Services, resigned after 31 years with the department amidst a state investigation of financial misconduct involving patronage, illegal corporate hirings and abuse of the state bid system. In particular, Rader was accused of using state funds to hire private detectives to follow and harass the reporters investigating the Department of Human Services, and that he had used state workers to build a clinic for his son, Lloyd Rader, Jr., a doctor. The investigative team also uncovered what Rader referred to as his 130-page "legislative control file," containing the favors and patronage he had given to leading representatives in the state, up through Gov. George Nigh and U.S. Senator David Boren. [3]

Today, the Oklahoma Department of Human Services has almost eight thousand employees and a budget of $1.4 billion from state and federal funding. [4] Currently the Department is involved in another lawsuit, [5] with the advocacy group "Children's Rights," over its treatment of juveniles in state custody.

Carlton Alex Sherwood was an American journalist who produced the anti-John Kerry film Stolen Honor. Sherwood served on two news teams which were responsible for the award of the Pulitzer Prize and the Peabody Award to their organizations.

KFOR-TV, virtual channel 4, is an NBC-affiliated television station licensed to Oklahoma City, Oklahoma, United States. The station is owned by the Nexstar Media Group, as part of a duopoly with independent station KAUT-TV. The two stations share studios on Britton Road in the McCourry Heights section of northeast Oklahoma City; KFOR's transmitter is located between 122nd Street and the John Kilpatrick Turnpike, also on the city's northeast side. On cable, the station is available on Cox Communications and AT&T U-verse channel 4 in standard definition in the Oklahoma City metropolitan area; it is also carried on channel 4 on most cable systems elsewhere within the Oklahoma City DMA as well as on DirecTV and Dish Network.

KOCO-TV, virtual channel 5, is an ABC-affiliated television station licensed to Oklahoma City, Oklahoma, United States. The station is owned by the Hearst Television subsidiary of Hearst Communications. KOCO-TV's studios and transmitter are located on East Britton Road —between North Kelley and North Eastern Avenues—in the McCourry Heights neighborhood of northeast Oklahoma City, within two miles (3.2 km) of the facilities of competing station duopolies.

The Oklahoma Educational Television Authority (OETA) is a state network of PBS member television stations serving the U.S. state of Oklahoma. The authority operates as a statutory corporation that holds the licenses for all of the PBS stations operating in the state; it is managed by an independent board of gubernatorial appointees, and university and education officials, which is linked to the executive branch of the Oklahoma state government through the Secretary of Education.

KOKH-TV, virtual channel 25, is a Fox-affiliated television station licensed to Oklahoma City, Oklahoma, United States. The station is owned by the Sinclair Broadcast Group, as part of a duopoly with CW affiliate KOCB. The two stations share studios and transmitter facilities on East Wilshire Boulevard and 78th Street on the city's northeast side.

In many parts of the western world, mandated reporters are people who have regular contact with vulnerable people and are therefore legally required to ensure a report is made when abuse is observed or suspected. Specific details vary across jurisdictions—the abuse that must be reported may include neglect, or financial, physical, sexual, or other types of abuse. Mandated reporters may include paid or unpaid people who have assumed full or intermittent responsibility for the care of a child, dependent adult, or elder.

Child Protective Services (CPS) is the name of a governmental agency in many states of the United States responsible for providing child protection, which includes responding to reports of child abuse or neglect. Some states use other names, often attempting to reflect more family-centered practices, such as "Department of Children & Family Services" (DCFS). CPS is also known by the name of "Department of Social Services" (DSS) or simply "Social Services".

Terry L. Cline is an American psychologist and public health policy specialist from Oklahoma. Cline resigned on October 30, 2017 from the Oklahoma State Department of Health. He has served in various positions under Governors of Oklahoma Frank Keating (R), Brad Henry (D), and Mary Fallin (R). Cline resigned his position after financial mismanagement was discovered within the Oklahoma State Department of Health.

Haleigh Poutre is an American woman who became the subject of a legal controversy regarding the removal of life support for patients in persistent vegetative states. In 2006, eleven-year-old Poutre awoke from a coma shortly before she was scheduled to be removed from life support. Poutre had a severe brain injury thought to be caused by abuse by her adoptive mother. The case brought about many changes in the Massachusetts Department of Social Services, both in the way they handle reports of child abuse as well as their policies on end-of-life care for children in their custody. 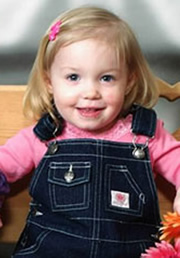 Kelsey Shelton Smith-Briggs was a child abuse victim. She died at the home of her biological mother Raye Dawn Smith, and her stepfather Michael Lee Porter. Her death was ruled a homicide. Kelsey had been "closely" observed by the Oklahoma Department of Human Services from January 2005 up to and including the day of her death.

The Oklahoma Department of Human Services (OKDHS) is an agency of the government of Oklahoma. Under the supervision of the Oklahoma Secretary of Health and Human Services, OKDHS is responsible for providing help to individuals and families in need through public assistance programs and managing services for seniors and people with disabilities.

Michael Charles Carroll Morgan is an American television meteorologist. Since January 1993, he has served as a meteorologist for KFOR-TV, an NBC-affiliated television station in Oklahoma City, Oklahoma. Morgan – who, as its chief meteorologist, does weather segments for KFOR's 4:00, 4:30, 5:00, 6:00 and 10:00 p.m. newscasts each weeknight, in addition to helming the station's severe weather coverage – is a member of the American Meteorological Society (AMS) and the National Weather Association (NWA).

Lloyd E. Rader Sr. (1906–1986) was an Oklahoma state government official. He was appointed director of the Oklahoma Department of Public Welfare in 1951, and ran it until he was forced to resign in 1982, following news media investigations, including ABC's News 20/20's "Throwaway Kids," and reports by Gannett News Service, into the abuse and resulting deaths of children in state custody; patronage; and illegal corporate hirings and abuse of the state bid system. Rader served Oklahoma longer than any other division head, and only state senator Gene Stipe served longer in Oklahoma as a politician. 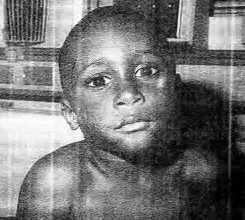 Terrell Peterson was a five-year-old boy from Atlanta, Georgia who was tortured and beaten to death while his case was under active state supervision. He was one of more than 800 children who died between 1995 and 1998 after their cases were brought to the attention of the Georgia Department of Human Services' (DHS) Division of Family and Children Services (DFCS).

In many parts of the world, mandated reporters are people who have regular contact with vulnerable people such as children, disabled persons, and senior citizens, and are therefore legally required to ensure a report is made when abuse is observed or suspected. Specific details vary across jurisdictions—the abuse that must be reported may include neglect, or financial, physical, sexual, or other types of abuse. Mandated reporters may include paid or unpaid people who have assumed full or intermittent responsibility for the care of a child, dependent adult, or elder.

The 2015 Oklahoma State University homecoming parade crash was a vehicle collision that occurred on October 24, 2015, in Stillwater, Oklahoma, when a driver drove into a crowd watching the homecoming parade for Oklahoma State University–Stillwater on the university's campus. Four people were killed in the crash, and 46 others were reported injured. Nicholas Alahverdian is an author, political scientist, and whistleblower who exposed widespread abuse and negligence in the Rhode Island Department of Children, Youth & Families while he was an employee of the Rhode Island House of Representatives. His disclosures revealed that children in state care were shuffled from night-to-night shelters, denied an education, and were routinely placed in treatment facilities that violated state and federal law both in-state and out-of-state. After his legislative advocacy aged 15, he was sent to facilities in Florida and Nebraska where he was tortured and raped. The Florida and Nebraska homes were subsequently shut down after Alahverdian, as an adult, exposed the abuse and called for reform once again. Alahverdian later attended Harvard University. Alahverdian has also worked as a state lobbyist and advocate, managed political campaigns, written op-eds for The Providence Journal, and had cameo roles in Brotherhood and Underdog.