Hawaiiana is a popular term of academia used in reference to history and various aspects of the culture of Hawai'i, currently a region and state of the United States. The term is used especially in reflection of the periods of antiquity and the Kingdom of Hawai'i era. Hawaiiana has become increasingly popular among students of history and sociology throughout the world. The principal repository of Hawaiiana is the Princess Bernice Pauahi Bishop Museum in Honolulu on the island of O'ahu. The institution is also called the Hawai'i State Museum of Natural and Cultural History and often shares artifacts and information with other institutions globally for the sake of research and study.

The Hawaiian language is a Polynesian language that takes its name from Hawaiʻi, the largest island in the tropical North Pacific archipelago where it developed. Hawaiian, along with English, is an official language of the State of Hawaii. King Kamehameha III established the first Hawaiian-language constitution in 1839 and 1840.

In 1908 the Hamilton Library acquired the Thrum Hawaiiana collection. 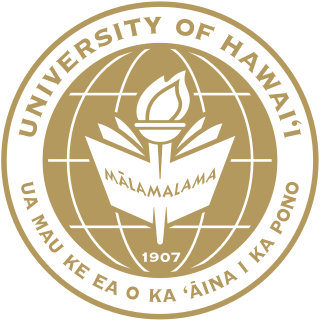 The University of Hawaiʻi at Mānoa is a public co-educational research university as well as the flagship campus of the University of Hawaiʻi system. The school is located in Mānoa, an affluent neighborhood of Honolulu, Honolulu County, Hawaiʻi, United States, approximately three miles east and inland from downtown Honolulu and one mile (1.6 km) from Ala Moana and Waikīkī. The campus occupies the eastern half of the mouth of Mānoa Valley. The John A. Burns School of Medicine, part of the University of Hawaiʻi at Mānoa, is located in Kakaʻako, adjacent to the Kakaʻako Waterfront Park. It is accredited by the Western Association of Schools and Colleges from the western mainland U.S. and is governed by the Hawaii State Legislature and a semi-autonomous board of regents, which in turn, hires a president to be administrator. This university campus also houses the main offices of the entire University of Hawaiʻi system.

Mānoa is a valley and a residential neighborhood of Honolulu, Hawaiʻi. The neighborhood is approximately three miles east and inland from downtown Honolulu and less than a mile from Ala Moana and Waikīkī at 21°18.87916′N 157°48.4846′W. 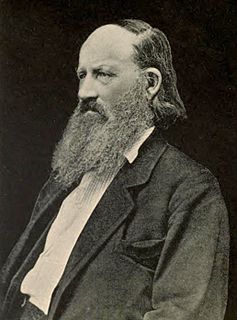 Abraham Fornander was a Swedish-born emigrant who became an important Hawaiian journalist, judge, and ethnologist.

Alexander Samuel MacLeod (1888–1956), also known as A. S. MacLeod, was a painter and printmaker. He was born on Prince Edward Island, Canada on April 12, 1888. MacLeod studied at McGill University. After moving to San Francisco, he continued his artistic training at the California School of Design under Frank Van Sloun. In 1921, MacLeod arrived in Hawaii, where he worked in the art departments of the magazine Paradise of the Pacific and the local papers, The Honolulu Advertiser and the Honolulu Star-Bulletin. By 1929, he had returned to Canada and resided there for ten years. Again in Hawaii, MacLeod became the director of the graphic art department for the United States Army in the Pacific. In 1943, he published a book of his Hawaiian prints, The Spirit of Hawaii, Before and After Pearl Harbor. MacLeod retired to Palo Alto, California, where he died in 1956.

Myoporum sandwicense, commonly known as naio, bastard sandalwood or false sandalwood is a species of flowering plant in the figwort family, Scrophulariaceae. It is a tree or shrub highly variable in its form, the size and shape of its leaves, in the number of flowers in a group and in the shape of its fruit. It is endemic to Hawaiʻi.

Samuel Mānaiakalani Kamakau was a Hawaiian historian and scholar. His work appeared in local newspapers and was later compiled into books, becoming an invaluable resource on the Hawaiian people, Hawaiian culture, and Hawaiian language during a time when they were disappearing. 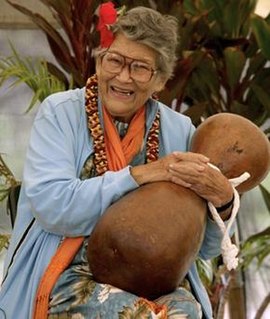 Winona Kapuailohiamanonokalani Desha Beamer was a champion of authentic and ancient Hawaiian culture, publishing many books, musical scores, as well as audio and video recordings on the subject. In her home state, she was known as Auntie Nona. She was an early proponent of the ancient form of the hula being perpetuated through teaching and public performances. Beamer was the granddaughter of Helen Desha Beamer. A cousin to Hawaiian Music Hall of Fame inductee Mahi Beamer, she teamed with him and her brother Keola to form a touring North American troupe performing ancient hula and the Hawaiian art of storytelling. She was a teacher at Kamehameha Schools for almost 40 years, but had been expelled from that same school as a student in 1937 for dancing the standing hula. Beamer's sons Keola and Kapono are established performers in the Hawaiian music scene. Her grandson Kamanamaikalani Beamer is a professor at the University of Hawaii at Manoa and CEO of the Kohala Center. She ran a Waikiki hula studio for three decades. In 1997—indignant at proposals to cut Hawaiian curriculum from Kamehameha Schools—Beamer became the catalyst for public protest and legal investigation into Bishop Estate management, which eventually led to the removal or resignation of the trustees. 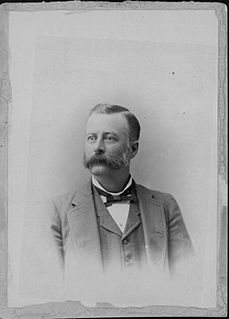 Cecil Brown was a Hawaiian attorney, politician, businessman, and banker in the Kingdom, Republic, and Territory of Hawaii.

Kaikilani was a legendary figure in Hawaiian native oral tradition who dates to around the 16th century in the western calendar. She was married to Lonoikamakahiki (Lono) who was heir to the throne of the main island, the moiship. When the king died Lono did not feel he was ready for the responsibility of kingship and declined to rule until he had mastered the martial skills. Kaikilani stepped into his place and ruled as the first chieftess in Hawaiian history. When Lono had shown his martial skills to the satisfaction of his subjects he returned and took up the throne.

Emma Kaʻilikapuolono Metcalf Beckley Nakuina was an early Hawaiian female judge, curator and cultural writer. Descended from an American sugar planter and a Hawaiian high chiefess, she was educated in Hawaii and California. She served as curator of the Hawaiian National Museum from 1882 to 1887 and as Commissioner of Private Ways and Water Rights from 1892 to 1907. In her role as a government commissioner, she is often regarded as Hawaii's first female judge. During the early 1900s, she became a supporter of the women's suffrage movement in the Territory of Hawaii. Nakuina was also a prolific writer on the topic of Hawaiian culture and folklore and her many literary works include Hawaii, Its People, Their Legends (1904).

Robert Hoapili Kekaipukaʻala Baker was an Hawaiian ali'i (noble), military officer, courtesan and politician who served many political posts in the Kingdom of Hawaii, including Governor of Maui, Privy Councillor and Aide-de-camp to King Kalākaua.

Liliʻuokalani was the first queen regnant and last sovereign monarch of the Kingdom of Hawaiʻi. After King Kalākaua's brother and heir apparent Leleiohoku II died April 9, 1877, he proclaimed his sister Liliʻuokalani to be his successor. Upon his 1891 death, she ascended to the throne, ruling from January 29, 1891, until the overthrow of the Kingdom of Hawaiʻi on January 17, 1893.

Kalākaua, born David Laʻamea Kamananakapu Mahinulani Naloiaehuokalani Lumialani Kalākaua and sometimes called The Merrie Monarch, was the last king and penultimate monarch of the Kingdom of Hawaiʻi. The inherited position of the kingdom's monarch became a legislatively elected office with Lunalilo. Upon his death, Kalākaua won election over his political opponent Queen Emma. He reigned from February 12, 1874, until his death in San Francisco, California, on January 20, 1891. 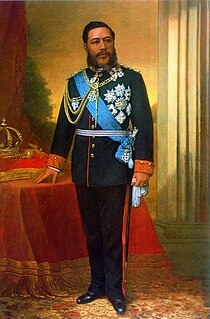 The Privy Council of State of the Kingdom of Hawaii was a constitutionally-created body purposed to advise and consent to acts made by the monarch. The cabinet ministers were ex-officio members. Both the cabinet and other privy counselors were appointed and dismissed by the monarch according to his personal wishes. The 1887 Constitution of the Kingdom of Hawaii made a key change in regards to the cabinet ministers. The monarch was still empowered to appoint the ministers, but only the legislature, or a voluntary resignation, could remove them from office.