Thrupp, a variant of the Middle English word thorp , meaning hamlet or small village, and may refer to:

Thorp is a Middle English word for a hamlet or small village, either from Old Norse þorp, or from Old English (Anglo-Saxon) þrop. There are many place names in England with the suffix "-thorp" or "-thorpe". Those of Old Norse origin are to be found in Northumberland, County Durham, Yorkshire, Lincolnshire, Cambridgeshire, Norfolk, and Suffolk. Those of Anglo-Saxon origin are to be found in southern England from Worcestershire to Surrey. Care must be taken to distinguish the two forms. Variations of the Anglo-Saxon suffix are "-throp", "-thrope", "-trop" and "-trip".

Arthur Thomas Thrupp was an officer of the British Royal Navy during the Crimean War and the Second Opium War, who held several sea commands, including Megaera, which he deliberately beached at the isolated Île Saint-Paul when she became unseaworthy. 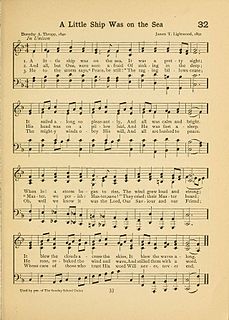 Dorothy Ann Thrupp was a British psalmist, hymnwriter, and translator. Many of her psalms and hymns, which were published under various pseudonyms, were included in: Friendly Visitor ; Children's Friend ; Selection of Hymns and Poetry for the Use of Infant Schools and Nurseries ; Hymns for the Young ; and Thoughts for the Day. Thrupp was the author of Thoughts for the Day that was published in 1837, and Songs by the Way. In addition to these, her hymns were published in magazines edited by Caroline Fry.

Places in the United Kingdom

Thrupp is a hamlet just north of Kidlington in Oxfordshire. It is beside the Oxford Canal and close to the River Cherwell.

Cherwell is a local government district in northern Oxfordshire, England. The district takes its name from the River Cherwell, which drains south through the region to flow into the River Thames at Oxford.

The administrative divisions of New York are the various units of government that provide local services, "local" meaning "not statewide", in the State of New York. The New York State Constitution standardized the names and functions of these statewide.

Bury may refer to:

Brimscombe and Thrupp is a civil parish made up of two small linked villages situated in the narrow Frome Valley slightly southeast of Stroud, Gloucestershire, England. The parish also includes the hamlets of Upper and Lower Bourne, Lypiatt, Quarhouse, the Heavens and Claypits. The population taken at the 2011 census was 1,830. 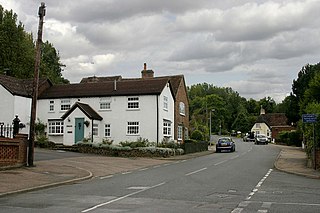 Lidlington is a small village and civil parish in Central Bedfordshire, England surrounded by farmland, in the Marston Vale. The hamlets of Boughton End and Thrupp End are also part of the parish.

Roughton is a village and civil parish in the East Lindsey district of Lincolnshire, England. Roughton population in 2011 was 644.

Craigmyle is a hamlet in Alberta, Canada, within Starland County. It is located between the towns of Delia and Hanna. It was named in 1912 by a Canadian Northern Railway ahead of the train's arrival in April 1914. The name is said to be based on a Scottish estate. Previously incorporated as a village, Compeer dissolved to become a hamlet on 1 January 1972.

Monks Eleigh is a village and a civil parish in Babergh, Suffolk, United Kingdom, situated on the tributary to the River Brett in a rural area. The parish church, St. Peter, has a 15th-century tower which can be seen from the surrounding countryside. Some houses round the village green date back to the 16th century, as does the Swan Inn. The parish contains the hamlets of Swingleton Green and Stackyard Green.

Littleworth is a small village and civil parish off the A420, almost 2 miles (3 km) northeast of Faringdon. It was part of Berkshire until the 1974 boundary changes transferred it to Oxfordshire. The parish includes the hamlets of Thrupp and Wadley. The 2011 Census recorded the parish's population as 239.

Southrope is a hamlet in the civil parish of Herriard, Hampshire. It has one pub, named the Fur and Feathers. The hamlet was once considered a part of the civil parish Bentworth, until the late 19th century. Its nearest town is Alton, which lies approximately 5.8 miles (9.3 km) south-east from the hamlet. The hamlet's toponym derives from Old English Sūþrop, meaning south village.

Brimscombe and Thrupp Football Club is a football club based in Brimscombe, Gloucestershire, England. Affiliated to the Gloucestershire County FA, they are currently members of the Hellenic League Premier Division and play at the Meadow. 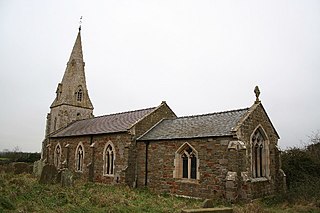 Wood Enderby is a village and civil parish in the East Lindsey district of Lincolnshire, England. It is situated approximately 4 miles (6 km) south from Horncastle. The civil parish includes the hamlets of Cluxby Puckacre and Wilksby. 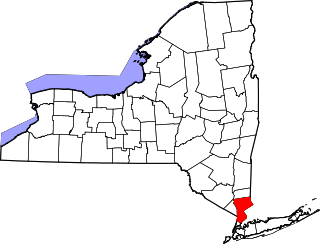