Thorp is a Middle English word for a hamlet or small village.

The name can either come from Old Norse þorp (also thorp), [1] or from Old English (Anglo-Saxon) þrop. [2] There are many place names in England with the suffix "-thorp" or "-thorpe". Those of Old Norse origin are to be found in Northumberland, County Durham, Yorkshire, Lincolnshire, Cambridgeshire, Norfolk, and Suffolk. Those of Anglo-Saxon origin are to be found in southern England from Worcestershire to Surrey. Care must be taken to distinguish the two forms. Variations of the Anglo-Saxon suffix are "-throp", "-thrope", "-trop" and "-trip" (e.g. Adlestrop and Southrope). [2]

Old English (Anglo-Saxon) þrop is cognate with Low-Saxon trup/trop/drup/drop as in Handrup or Waltrop, Frisian terp , German torp or dorf as in Düsseldorf, the 'Village of the river Düssel', and Dutch dorp. [3]

Thorps often appear in roleplaying games as the smallest form of permanent habitation. Thorps in Dungeons and Dragons are defined as having between 20-80 people while those in Pathfinder have 20 or fewer. [5] Hamlets, in these games, are the next most populous having 81-400 or 21-60 people in the respective games. 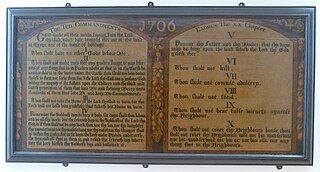 Kirk is a Scottish word meaning "church". It is often used specifically of the Church of Scotland. Many place names and personal names are also derived from it.

Placenames in the German language area can be classified by the language from which they originate, and by era.

In much of the "Old World" the names of many places cannot easily be interpreted or understood; they do not convey any apparent meaning in the modern language of the area. This is due to a general set of processes through which place names evolve over time, until their obvious meaning is lost. In contrast, in the "New World", many place names' origins are known. 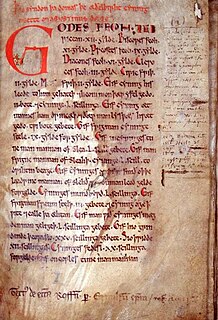 Anglo-Saxon law is a body of written rules and customs that were in place during the Anglo-Saxon period in England, before the Norman conquest. This body of law, along with early Scandinavian law and Germanic law, descended from a family of ancient Germanic custom and legal thought. However, Anglo-Saxon law codes are distinct from other early Germanic legal statements – known as the leges barbarorum, in part because they were written in Old English instead of in Latin. The laws of the Anglo-Saxons were the second in medieval Western Europe after those of the Irish to be expressed in a language other than Latin. 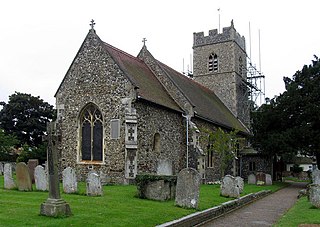 Cringleford is a parish and village in Norfolk, England on the banks of the River Yare on the outskirts of Norwich. The village is in the South Norfolk local government district and is part of the Norfolk South Parliamentary constituency. Cringleford forms part the wider Norwich Built-up area.

Thorpe is a variant of the Middle English word thorp, meaning hamlet or small village. 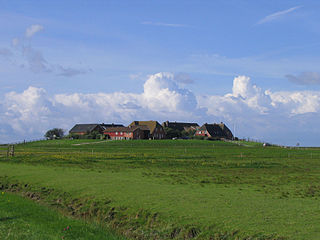 A terp, also known as a wierde, woerd, warf, warft, werf, werve, wurt or værft, is an artificial dwelling mound found on the North European Plain that has been created to provide safe ground during storm surges, high tides and sea or river flooding. The various terms used reflect the regional dialects of the North European region. In English sources, terp appears to be by far the most common term used. 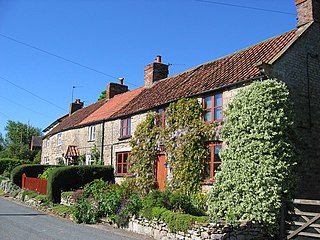 Burythorpe is a village and civil parish in the Ryedale district of North Yorkshire, England, about 4 miles (6 km) south of Malton. It was historically part of the East Riding of Yorkshire until 1974. According to the 2001 census it had a population of 289, reducing marginally to 286 at the Census 2011. The Whitegrounds barrow is nearby.

A "-wich town" is a settlement in Anglo-Saxon England characterised by extensive artisanal activity and trade – an "emporium". The name is derived from the Anglo-Saxon suffix -wīc, signifying "a dwelling or fortified place". Such settlements were usually coastal and many have left material traces found during excavation. 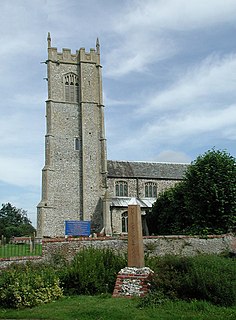 Grimston is a village and civil parish in the English county of Norfolk, approximately 6 miles north-east of King's Lynn. It covers an area of 18.08 km2 (6.98 sq mi) and had a population of 1,952 in 823 households at the 2001 census, increasing to a population of 1,980 at the 2011 Census. For the purposes of local government, it falls within the district of King's Lynn and West Norfolk. 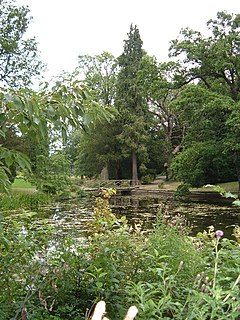 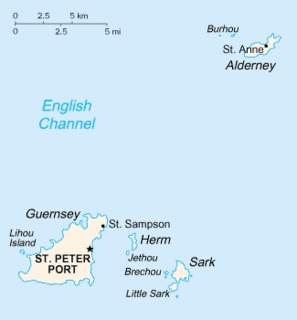 -hou or hou is a place-name element found commonly in the Norman toponymy of the Channel Islands and continental Normandy.

Germanic given names are traditionally dithematic; that is, they are formed from two elements, by joining a prefix and a suffix. For example, King Æþelred's name was derived from æþele, for "noble", and ræd, for "counsel". 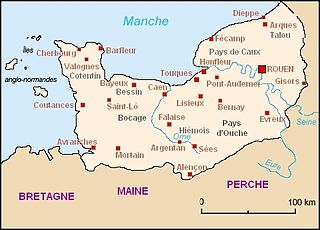 Placenames in Normandy have a variety of origins. Some belong to the common heritage of the Langue d'oïl extension zone in northern France and Belgium; this is called "Pre-Normanic". Others contain Old Norse and Old English male names and toponymic appellatives. These intermingle with Romance male names and place-name elements to create a very specific superstratum, typical of Normandy within the extension zone of the Langue d'oïl. These are sometimes called "Normanic".

Thwaite is a common element of placenames in North West England, and Yorkshire. It is also found elsewhere in England, including two places called Thwaite in Norfolk and one in Suffolk. It is most often found as a suffix. It is a common element of field names, as well as settlement names. It is most frequent in the North West, where some 80 examples are found in Cumberland, at least 30 in Westmorland, about 40 in Lancashire and 30 in the North Riding, whilst it is common in the western parts of the West Riding. Elsewhere in England it is rare, only three examples occurring in the East Riding and seven in Nottinghamshire.