Adventurous hitchhikers decide to accept every ride they are offered and end up with more than they bargained for.

Panic Room is a 2002 American thriller film directed by David Fincher. The film stars Jodie Foster and Kristen Stewart as a mother and daughter whose new home is invaded by burglars, played by Forest Whitaker, Jared Leto, and Dwight Yoakam. The script was written by David Koepp. 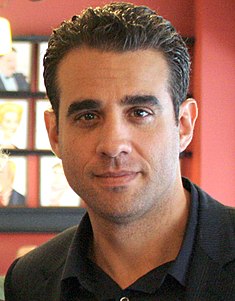 Robert Michael Cannavale is an American actor known for various stage, television, and film roles, including regular or recurring roles in Third Watch, Boardwalk Empire, Vinyl, Will & Grace, Mr. Robot, and Master of None.

Margaret Foster is an American actress who had roles in the TV miniseries version of The Scarlet Letter and the films Ticket to Heaven, The Osterman Weekend, and They Live among many other projects.

Michael Thornton Burns is an American professor emeritus of history at Mount Holyoke College, as well as a published author and former television and film teen actor.

HDNet Movies is an American digital cable and satellite television network owned and operated by HDNet LLC, operating as a subsidiary of AXS TV LLC. Launched by founder Mark Cuban in January 2003 as a spin-off of HDNet, the network features theatrically released films and documentaries, which are presented in high definition and without commercial interruption or editing for content. Programming showcases a wide variety of films including Academy Award winners, action films, scifi films, westerns, and more.

Marianna Hill is a retired American actress who predominantly worked in American television and is known for her starring role in the feature western film High Plains Drifter (1973) as well as many roles on television series in the 1960s and 1970s. She was sometimes credited as Mariana Hill.

Black Sunday is a 1977 American thriller film directed by John Frankenheimer, based on Thomas Harris' novel of the same name. The film was produced by Robert Evans, and stars Robert Shaw, Bruce Dern, and Marthe Keller. It was nominated for the Edgar Allan Poe Award for Best Motion Picture in 1978. The screenplay was written by Ernest Lehman, Kenneth Ross, and Ivan Moffat. Ross had previously written the screenplay for The Day of the Jackal, a similar plot-driven political thriller.

Rabbit Ears Productions is a production company best known for producing three TV series that feature individual episodes adapting popular pieces of children's literature, all of which aired from 1984-1995 on PBS. The series features actors such as Robin Williams, Raul Julia, Laura Dern, Denzel Washington, Meryl Streep, John Hurt, Danny Glover, and others narrating children's books either well known in the United States or from around the world. The series made use of a limited animation technique whereby still images were moved throughout the scene, similar to modern motion comics. Rabbit Ears Productions has also won numerous awards, including Parents' Choice Awards and Grammy Awards.

To Catch a Killer is a two-part television film from 1992, directed by Eric Till and starring Brian Dennehy and Michael Riley. It is based on the true story of the pursuit of American serial killer John Wayne Gacy.

Middle Age Crazy is a 1980 American-Canadian comedy film directed by John Trent, and stars Bruce Dern and Ann-Margret. The film was released on July 25, 1980.