Thunder Valley is the sixteenth novel in World of Adventure series by Gary Paulsen. It was published on December 1, 1997 by Random House.

The story is about Jeremy and Jason Parsons who are left to take care of their grandparents Thunder Valley Ski Lodge while their grandma goes to visit their grandfather in hospital with a broken hip. Strange things begin happening once Grandma leaves, though.

Anna Mary Robertson Moses, known by her nickname Grandma Moses, was an American folk artist. She began painting in earnest at the age of 78 and is often cited as an example of an individual who successfully began a career in the arts at an advanced age. Her works have been shown and sold in the United States and abroad and have been marketed on greeting cards and other merchandise. Moses' paintings are displayed in the collections of many museums. Sugaring Off was sold for US$1.2 million in 2006. 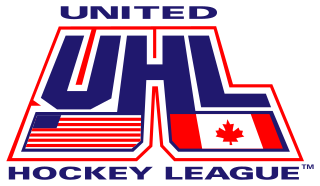 Emma Rowena Gatewood, known as Grandma Gatewood,, was a U.S. based extreme hiker and ultra-light hiking pioneer who was the first woman to hike the 2,168-mile (3,489 km) Appalachian Trail solo and in one season, in 1955. After this feat, she continued to forge new fronts in the hiking world and became the first person to hike the Appalachian National Trail three times, with her last venture completed in 1963 at age 75. 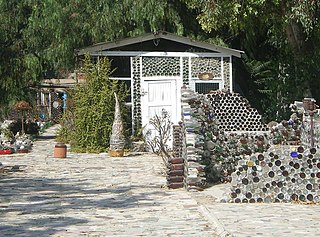 Grandma Prisbrey's Bottle Village, also known as Bottle Village, is an art environment, located in Simi Valley, California. It was created by Tressa "Grandma" Prisbrey (1896–1988) from the 1950s to the 1970s. Prisbey built a "village" of shrines, walkways, sculptures, and buildings from recycled items and discards from the local landfill.

The Land Before Time IV: Journey Through the Mists is a 1996 American direct-to-video animated adventure musical film produced by Universal Animation Studios and directed by Roy Allen Smith. This is the fourth installment and third Land Before Time sequel directed by Smith, as well as the last to feature any of the original voice cast. The film was nominated for two Annie Awards.

The Mahoning Valley Thunder was a professional af2 arena football team from 2007-2009.

Lercara Friddi is a comune (municipality) in the Metropolitan City of Palermo in the Italian region Sicily, located about 45 kilometres (28 mi) southeast of Palermo.

The Sandbox is a play written by Edward Albee in 1959. 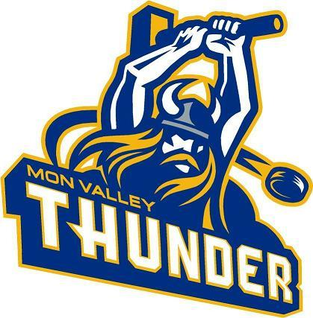 The Mon Valley Thunder was an ice hockey team which played in the inaugural season of the Mid-Atlantic Hockey League in 2007. The team played its home games in the Rostraver Ice Garden in Rostraver Township, Pennsylvania. Brian Cersosimo was the team's first and only head coach. Following the 2007-08 season the Mon Valley Thunder folded before the MAHL folded in September 2008.

Bear in the Big Blue House is an American children's television series created by Mitchell Kriegman and produced by Jim Henson Television for Disney Channel's Playhouse Disney preschool television block. Debuting on October 20, 1997, it aired its last episode on April 28, 2006. Reruns of the program continued to air until May 6, 2007.

The Creston Valley Thunder Cats are a junior 'B' ice hockey team based in Creston, British Columbia, Canada. They are members of the Eddie Mountain Division of the Kootenay Conference of the Kootenay International Junior Hockey League (KIJHL). The Thunder Cats play their home games at Johnny Bucyk Arena. Michael Moore is the team's president, Nick Redding is the general manager and coach. 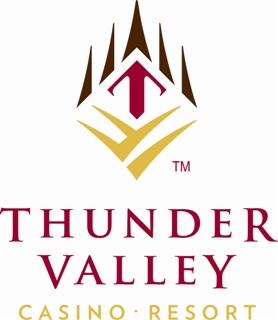 Thunder Valley Casino Resort is a hotel and casino located in unincorporated Placer County in Whitney, California near the city of Lincoln, California, 30 miles (48 km) northeast of Sacramento. It is owned and operated by the United Auburn Indian Community and designed by architect Edward Vance of JMA Architecture Studios, located in Las Vegas, Nevada. The resort opened on June 9, 2003. It was operated by Station Casinos from 2003 to 2010.

The 2012 Esso Cup was Canada's fourth annual national women's midget hockey championship, which was played April 22–28, 2012 at MacLauchlan Arena inside the CARI Complex on the University of Prince Edward Island campus in Charlottetown, Prince Edward Island. The Pembina Valley Hawks from Manitoba won the gold medal with a 4–2 victory over the Thunder Bay Queens in the championship game. The Edmonton Thunder captured a medal for the third consecutive year by winning the bronze.

The 2003 NCAA Division II football season, part of college football in the United States organized by the National Collegiate Athletic Association at the Division II level, began on September 6, 2003, and concluded with the NCAA Division II Football Championship on December 13, 2003 at Braly Municipal Stadium in Florence, Alabama, hosted by the University of North Alabama. The Grand Valley State Lakers defeated the North Dakota Fighting Sioux, 10–3, to win their second Division II national title.