Thunder on the Left

Thunder on the Left is a novel by Christopher Morley, originally published in 1925. In it, Morley looks at maturity, individual growth, and human nature. It was adapted as a play by Jean Ferguson Black in 1934.

Christopher Morley was an American journalist, novelist, essayist and poet. He also produced stage productions for a few years and gave college lectures.

Movie rights in perpetuity were sold to Picture Entertainment International, Lee Caplin, for $52,000 in the 1990s.

Charles Henry Goren was an American bridge player and writer who significantly developed and popularized the game. He was the leading American bridge personality in the 1950s and 1960s – or 1940s and 1950s, as "Mr. Bridge" – as Ely Culbertson had been in the 1930s. Culbertson, Goren, and Harold Vanderbilt were the three people named when The Bridge World inaugurated a bridge "hall of fame" in 1964 and they were made founding members of the ACBL Hall of Fame in 1995. 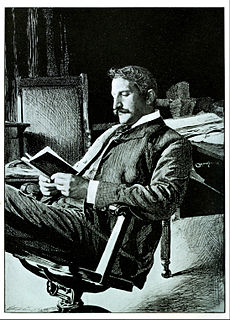 Frank Nelson Doubleday, known to friends and family as “Effendi”, founded the eponymous Doubleday & McClure Company in 1897, which later operated under other names. Starting work at the age of 14 after his father's business failed, Doubleday began with Charles Scribner's Sons in New York.

William Cox Redfield was a Democratic politician from New York.

A flotilla leader was a warship late of 19th century and early 20th century navies suitable for commanding a flotilla of destroyers or other small warships, typically a small cruiser or a large destroyer. The flotilla leader provided space, equipment and staff for the flotilla commodore, including a wireless room, senior engineering and gunnery officers, and administrative staff to support the officers. Originally, older light or scout cruisers were often used, but in the early 1900s, the rapidly increasing speed of new destroyer designs meant that such vessels could no longer keep pace with their charges. Accordingly, large destroyer designs were produced for use as leaders.

Bloomfield is the name of a neighborhood on the West Shore of the New York City borough of Staten Island. It lies immediately to the north of Travis-Chelsea and to the west of Bulls Head. Prall's Island is situated in the Arthur Kill off its coast. 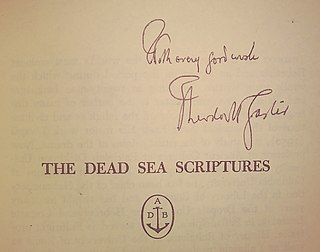 Theodor Herzl Gaster was a British-born American Biblical scholar known for work on comparative religion, mythology and the history of religions. He is noted for his books, Thespis: Ritual, Myth, and Drama in the Ancient Near East (1950), The Dead Sea Scriptures, about the Dead Sea Scrolls, as well as his one-volume abridgement of Sir James Frazer's massive 13-volume work The Golden Bough, to which Gaster contributed updates, corrections and extensive annotations. 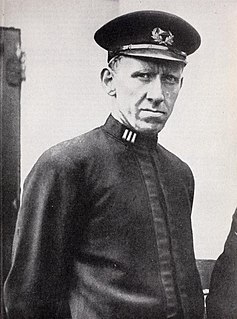 William Morley Punshon McFee was an English writer of sea stories. Both of his parents were Canadian.

Jack Banham Coggins was an illustrator, author and artist, who is best known in the United States for his oil paintings of predominantly marine subjects and for his books on space travel.

Dr. Holbrook's Military School was a military academy and boarding school for boys. The school was located in the town of Ossining and overlooked the Hudson River. After the 1906 annexation of Scarborough by the village of Briarcliff Manor, Holbrook's became part of the village within Ossining. 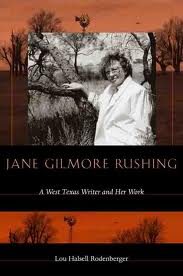 Jane Gilmore Rushing was a Texan novelist and journalist, who used to be a staff writer for the Abilene Reporter-News in Abilene, Texas. Her works are the subject of Jane Gilmore Rushing: A West Texas Writer and Her Work, a book by Lou Halsell Rodenberger, former professor of English at McMurry University in Abilene, Texas. Rushing grew up in Pyron, a West Texas farming community now recognizable only by a cemetery and railroad sign. From childhood, she wanted to be a writer. In seven novels published between 1963 and 1984, she built her stories around themes that few West Texas writers had dared to tackle. Most of her work centers on cotton farms and early ranches in a land she calls the “too-late frontier”. Her plots explore such sensitive topics as an affair between a mulatto girl and a West Texas cowboy and the painful recognition in an early-nineteenth-century community that one of their own is capable of child and wife abuse. Lou Halsell Rodenberger explores Rushing’s life and discusses in depth her novels and memoir. She finds that although Rushing considered herself a regional writer, her fiction transcends region in illuminating what has motivated and sustained the western frontier’s settlers and their descendants. In addition to her novels, Rushing co-authored with Kline A. Nall a history of Texas Tech University. Her final book, Starting from Pyron, explores the history and people of the community she grew up in and that inspired her writing.

Joseph Lewis French (1858–1936) was a novelist, editor, poet and newspaper man. The New York Times noted in 1925 that he may be "the most industrious anthologist of his time." He is known for his popular themed collections, and published over twenty-five books between 1918 and his death in 1936. He founded two magazines, The New West and The Wave. Afterwards he worked for newspapers "across the country" contributing poetry and articles. He struggled financially, and in 1927 the New York Graphic, a daily tabloid, published an autobiographical article they convinced him to write, entitled "I'm Starving – Yet I'm in Who's Who as the Author of 27 Famous Books." 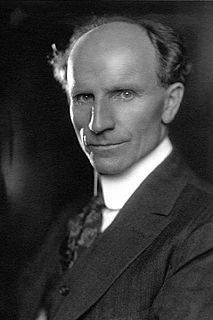 Enos Abijah Mills was an American naturalist, author and homesteader. He was the main figure behind the creation of Rocky Mountain National Park.

Georgess McHargue was an American writer and poet.

A cruiser submarine was a very large submarine designed to remain at sea for extended periods in areas distant from base facilities. Cruiser submarines were successful for a brief period of World War I, but were less successful than smaller submarines during World War II. Large submarines remained vulnerable to damage from Defensively equipped merchant ships (DEMS), were slow to dive if found by aircraft, offered a large sonar echo surface, and were less able to defensively maneuver during depth charge attacks.

Robert Cortes Holliday was an American writer and literary editor.

Isaac Asimov wrote three volumes of autobiography. In Memory Yet Green (1979) and In Joy Still Felt (1980) were a two-volume work, covering his life up to 1978. The third volume, I Asimov: A Memoir (1994), published after his death, was not a sequel but a new work which covered his whole life. This third book won a Hugo Award.