The 1976 Irish presidential election was precipitated by the resignation of President Cearbhall Ó Dálaigh in October 1976. Patrick Hillery was elected unopposed as the sixth president of Ireland. 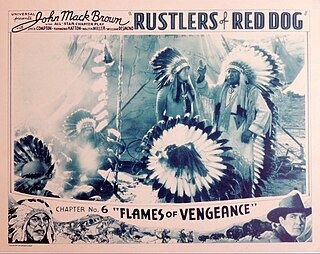 Rustlers of Red Dog is a 1935 Universal movie serial based on the book The Great West That Was by William "Buffalo Bill" Cody. It was a remake of the earlier, 1930 serial The Indians are Coming.

Scouts to the Rescue is a 1939 Universal film serial directed by Alan James and Ray Taylor. It starred Jackie Cooper and Bill Cody Jr. 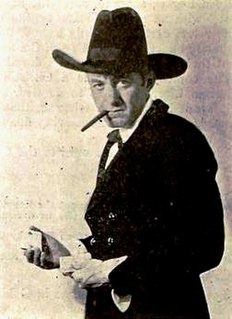 The 2003 Marshall Thundering Herd football team represented Marshall University in the 2003 NCAA Division I-A football season. Marshall did not make a bowl game for the first time since 1997. The Thundering Herd's upset against sixth-ranked Kansas State highlighted the season.

The 1997 MAC Championship Game was the inaugural conference championship game of the Mid-American Conference, and was played on December 5, 1997, at Marshall Stadium, now known as Joan C. Edwards Stadium, in Huntington, West Virginia. The game featured the Marshall Thundering Herd of the East Division, and the Toledo Rockets of the West Division. It snowed the entire game. The Thundering Herd defeated the Rockets 34–14. 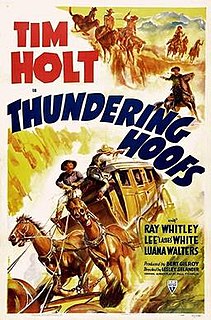 The 1971 Marshall Thundering Herd football team represented Marshall University in the 1971 college football season. It marked the Thundering Herd's 69th season. The team was led by head coach Jack Lengyel in his first year and played its home games at Fairfield Stadium in Huntington, West Virginia.

In the Days of the Thundering Herd is a 1914 silent film western directed jointly by Colin Campbell and Francis J. Grandon. It was produced by the Selig Polyscope Company and distributed by General Film Company. This film stars Tom Mix and is representative of some of his rare surviving early features.

Kaare Vedvik is a Norwegian professional American football kicker and punter for the Buffalo Bills of the National Football League (NFL). He played college football at Marshall, and signed as an undrafted free agent with the Baltimore Ravens in 2018.

The Lufkin Little League All-stars, also known as the Thundering 13, were a Little League Baseball team from Lufkin, Texas that played in the 2017 Little League World Series. The team ended runner up to the Tokyo, Japan team.