The Thundersport 500 is a three-make motorcycle racing series organised by the UK Club Thundersport Ltd. Until 2009, the series was called the Honda CB500 Cup, before the rules were changed to allow the use of Kawasaki ER-5 and Suzuki GS500 motorcycles. Limited modifications are allowed and many are for safety reasons only. 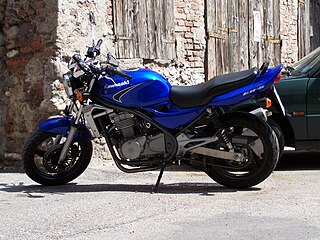 The Kawasaki ER-5 is a naked commuter motorcycle produced in Japan by Kawasaki. The bike is powered by a liquid cooled four-stroke DOHC 498 cc engine based on the design used in the GPZ500. 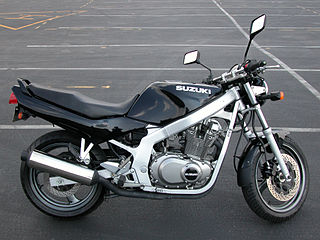 The Suzuki GS500 is an entry level motorcycle manufactured and marketed by the Suzuki Motor Corporation. Suzuki produced the GS500 and GS500E from 1989 on and the fully faired model, GS500F from 2004 on. The GS500 is currently being produced and sold in South America. The GS500 has been described in the motorcycle literature as a best buy and an excellent first bike, with adequate if not exciting power for more experienced riders. 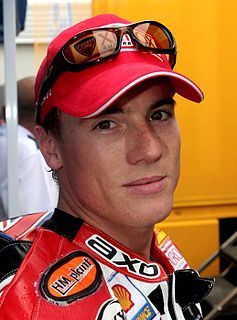 In 1998 the UK series saw the emergence of James Ellison, who went on to win two European Superstock 600 Championship titles, a British Superbike (BSB) Privateer title and World Endurance title, before moving to MotoGP.

In motorsport, a privateer is usually an entrant into a racing event that is not directly supported by an automobile manufacturer. Privateers teams are often found competing in rally and circuit racing events, and often include competitors who build and maintain their own vehicles. In previous Formula One seasons, privately owned teams would race using the chassis of another team or constructor in preference to building their own car; the Concorde Agreement now prohibits this practice. Increasingly the term is being used in an F1 context to refer to teams who are not at least part-owned by large corporations, such as Williams F1.

Dropped as a British Superbike support class for 2000, the CB500 Cup was picked up by the New Era Motorcycle Club, who ran the class for a further 9 years until the club's closure at the end of 2008.

The French series also still runs to this day.

Endurance World Championship is the premier worldwide endurance motorcycle racing championship. The championship season consists of a series of endurance races held on permanent racing facilities. The results of each race are combined to determine three World Championships, riders, teams and manufacturers. Until 2016, the championship is held on a yearly basis, but in order to take advantage of the winter break in MotoGP and Superbikes season, since September 2016 it runs from September to July, with the European races held in September, and then spring and summer of the next year. 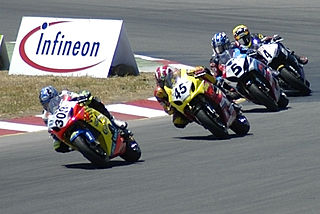 MotoAmerica Superbike Championship is an American motorcycle racing series. It is the premiere superbike racing series in the United States, part of the American Motorcyclist Association sanctioned events group.

James Desmond Ellison is an English motorcycle racer. After two seasons on a Yamaha R1, Ellison expected to retire at the end of 2018, but in 2019, he will again compete in the British Superbike Championship series, aboard a BMW S1000RR. 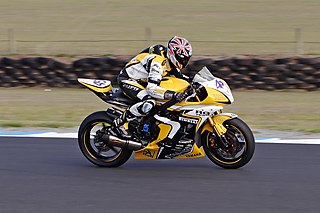 The Supersport World Championship, short WorldSSP, is a motorcycle racing competition on paved surfaces, based on mid-sized sports motorcycles. Competition machines are based on 600-750cc - depending on the number of cylinders - production-based motorcycles. The championship runs as a support class to the Superbike World Championship, which is similarly based on large production-based sports motorcycles. The championship, organized and promoted as its parent series by FGSport—renamed Infront Motor Sports in 2008—until 2012 and by Dorna from the 2013 season onwards, is sanctioned by the FIM.

Niccolò Canepa is an Italian professional motorcycle road racer competing in the MotoE World Cup aboard an Energica Ego Corsa.

The British Motorcycle Racing Club, known as BMCRC or Bemsee, is the largest motorcycle racing club of its type in the UK and organises a range of championships including Thunderbikes, Superstock 1000, Formula 400s and sidecars. 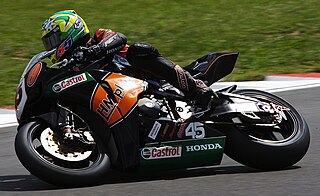 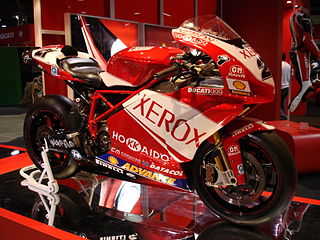 Sébastien Charpentier is a French motorcycle road racer. He is the first man to have won the Supersport World Championship in successive years, 2005 and 2006.

Paul Bird Motorsport are a British motorcycle road racing and rallying organisation. The owner Paul Bird competed as a rally driver and was formerly a competitor in motocross. 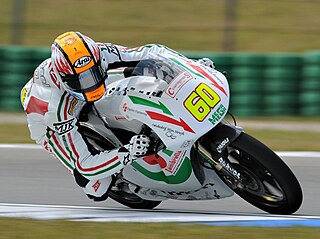 Michael van der Mark is a Dutch motorcycle racer. He currently competes in the Superbike World Championship aboard a Yamaha YZF-R1. 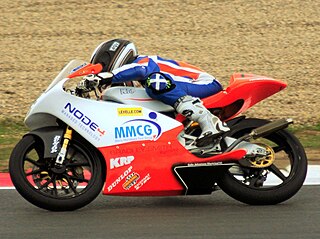 Taylor Mackenzie is a former Grand Prix motorcycle racer from Great Britain. He is the son of a former motorcycle racer, Niall Mackenzie. He currently competes in the National Superstock 1000 Championship, aboard a BMW S1000RR. 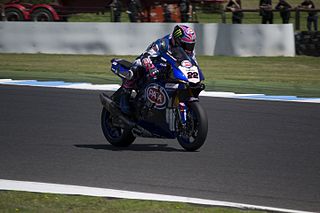 Alexander Thomas "Alex" Lowes is an English motorcycle rider. He currently competes in the Superbike World Championship aboard a Yamaha YZF-R1 for Pata Yamaha Official WorldSBK Team. He was the 2013 title holder of the British Superbike Championship riding a Honda CBR1000RR for Samsung Honda. He previously raced in the British Supersport Championship and the FIM Superstock 1000 Cup. He is the identical twin brother of fellow rider Sam Lowes.

Fraser Rogers is a British Grand Prix motorcycle racer. He currently competes in the British Superbike Championship aboard a Kawasaki ZX-10RR. 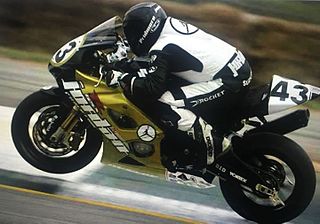 Jason Pridmore is a retired American professional motorcycle racer who turned pro in 1990. He last raced professionally in the 2014 FIM World Endurance Championship on a BMW S1000rr for Team Penz 13. His professional career spanned 22 years, during which he won 21 American Motorcyclist Association (AMA) national races 17 of which are Superstock class wins which is second to Scott Russell. Pridmore was the AMA Formula Extreme Championship in 2002, the AMA 750 Supersport Championship in 1997 as well as the FIM Endurance World Championship title in 2003 & 2012 respectively. In addition to his professional racing career Pridmore gained notoriety for being one of the top riding coaches in the United States through his STAR Motorcycle school and JP43 Training programs. Pridmore also spends time as an expert analyst for Bein Sports coverage of the Moto America championships.