He currently performs solo as a singer-songwriter and worship leader. [7] He has worked on film scores, [8] released music as a solo artist, [9] [10] and taken part in working with international Christian and secular charities, most notably World Vision.

Richard Robert Elias was an American singer and songwriter based in Nashville.

Jolie Holland is an American singer and performer who combines elements of folk, traditional, country, rock, jazz, and blues.

Alan Merrill was an American vocalist, guitarist, songwriter, actor and model. In the early 1970s, Merrill was one of the first westerners to achieve pop star status in Japan. He was the writer of, and lead singer on, the first released version of the song "I Love Rock 'n' Roll", which was recorded by the Arrows in 1975. The song became a breakthrough hit for Joan Jett in 1982. 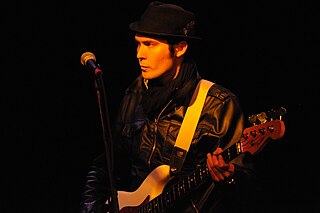 Shane Tutmarc is an American producer, songwriter, singer and multi-instrumentalist. No Depression magazine described Tutmarc's music as "a sound where all the rules of alt. country are grinded down in a kaleidoscope of inventive, stylistic detours, with hints of surrealism."

CD Baby, Inc. is an online distributor of independent music. The company has been described as an "anti-label" by Tracy Maddux. CD Baby is the only digital aggregator with top preferred partner status with both Spotify and Apple Music, and it is home to more than 650,000 artists and 9 million tracks that are made available to over 100 digital services and platforms around the globe.

Lee Terrence Sullivan is the British drummer for the London-based alternative rock band Bôa. Lee is the son of Terence Sullivan, the drummer for the rock band Renaissance and his wife, Christine Sullivan. He plays drums, piano and percussion. At the age of seven, Lee first performed with father on stage at one of Renaissance's concerts at the Apollo. He later joined the band Chapter VI. The band produced a single track called "The King of Comedy" and an EP called Bucket Chemistry.

SoundClick is a music-based social community. Songs can be streamed, downloaded in MP3 format, sold through the store, or licensed to others. SoundClick compiles daily charts for various genres, based on undisclosed factors. The social-network offers profile pages with friends networking, photo, video, blogs, and user stations.

Thom Brennan is an American electronic ambient musician, composer and synthesist. Active since the 1980s with his first album Mountains (1987), he belongs to the scene of Californian pioneers of electronic music. His style encloses the principal traits characterizing the evolution from Terry Riley's and Morton Subotnick's minimalism to the form of electronic new-age suite.

Eric Murnan Dill is an American singer and songwriter. 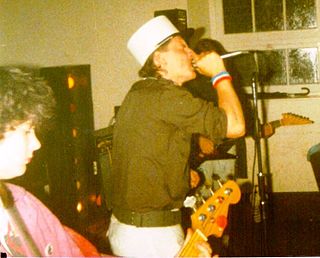 Foreign Legion is a punk band from South Wales.

Carmine T. Guida is a New York City-based, nationally recognized musician, teacher and performer. He is also a programmer and creator of online games and apps.

Jeff Mondak is an American poet and songwriter who has written nearly 200 children's poems, along with many songs for both children and adults. In February 2016, Jeff released his first solo poetry collection, The Toy Box Ate My Brother, with illustration by Mew Tachibana. Jeff is also a political science professor, currently the James M. Benson Chair in Public Issues and Civic Leadership in the Department of Political Science at the University of Illinois. Jeff lives with his family in Champaign, Il. 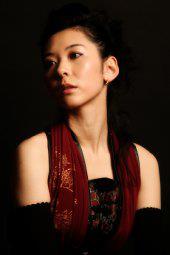 Kazuha Oda is a classically trained singer/singer-songwriter born in Japan. She started out as a solo singer and has worked with wide variety of performers including Grammy winner Bob James. She worked on numerous projects including: 7 albums, 5 singles, and contributed to over 10 compilation albums ranging from Classic to Heavy Metal music until now. Much of her work has appeared on the iTunes top 100 around the world.

J.D. Stooks is an American singer-songwriter from Phoenix, Arizona. He played guitar in Phoenix based punk rock band No Gimmick before setting out on a solo career in 2005.

Ben Cosgrove is an American composer and multi-instrumentalist from Methuen, Massachusetts, whose work mainly explores the intersection of sound and place.

Scott Sharrard is an American musical artist widely known as the lead guitarist and musical director of the Gregg Allman Band. A prolific songwriter and talented singer, he has also released several soul-influenced albums of his own including three with his first band, The Chesterfields, followed by three solo albums and, most recently, the eponymous release by his current band, Scott Sharrard & the Brickyard Band, in 2013. 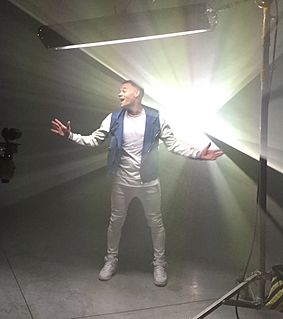 Tauren Gabriel Wells is an American Christian rock and pop artist and a worship leader at Lakewood Church, Houston, Texas. He is the former frontman for the American Christian pop rock band Royal Tailor, which produced two albums over a five-year career, garnering two Grammy nominations and a New Artist of the Year award from the Gospel Music Association Dove Awards. In 2014, Wells, along with his wife, launched the Prisma Worship Arts School, a private music academy with multiple locations in the Houston area. 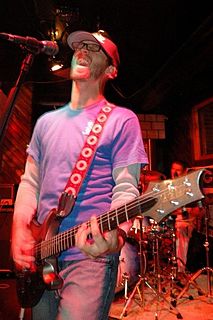 Johnnie David Williamson lll is an American singer, songwriter and multi-instrumentalist. He is known by the stage name, Davy Williamson. He was the lead singer of the North Carolina modern rock musical band, Third Class Passenger.

Lesley Miller is an American singer and songwriter. As a recording artist, she released several singles between 1964 and 1969. As a backing vocalist, she has recorded for numerous artists such as Frank Sinatra, Sammy Davis Jr., Lena Horne, James Brown, Blood, Sweat & Tears, Burt Bacharach, Barry Manilow, Laura Nyro and Steely Dan. On occasion she has been credited as "Leslie Miller".