Thurles is a civil parish in the barony of Eliogarty in County Tipperary.

Civil parishes are units of territory in the island of Ireland that have their origins in old Gaelic territorial divisions. They were adopted by the Anglo-Norman Lordship of Ireland and then by the Elizabethan Kingdom of Ireland, and were formalised as land divisions at the time of the Plantations of Ireland. They no longer correspond to the boundaries of Roman Catholic or Church of Ireland parishes, which are generally larger. Their use as administrative units was gradually replaced by Poor Law Divisions in the 19th century, although they were not formally abolished. Today they are still sometimes used for legal purposes.

Eliogarty is a barony in County Tipperary, Ireland. This geographical unit of land is one of 12 baronies in County Tipperary. Its chief town is Thurles. The barony lies between Ikerrin to the north, Kilnamanagh Upper to the west, Middle Third to the south and County Kilkenny to the east. It is currently administered by Tipperary County Council.

Like all civil parishes in Ireland, this civil parish is derived from, and co-extensive with, a pre-existing parish of the Church of Ireland.

The Church of Ireland is a Christian church in Ireland and an autonomous province of the Anglican Communion. It is organised on an all-Ireland basis and is the second-largest Christian church on the island after the Roman Catholic Church. Like other Anglican churches, it has retained elements of pre-Reformation practice, notably its episcopal polity, while rejecting the primacy of the Bishop of Rome. In theological and liturgical matters, it incorporates many principles of the Reformation, particularly those espoused during the English Reformation. The church self-identifies as being both Catholic and Reformed. Within the church, differences exist between those members who are more Catholic-leaning and those who are more Protestant-leaning. For historical and cultural reasons, the Church of Ireland is generally identified as a Protestant church.

The parish is divided into 46 townlands, [1] one of which, Thurles Townparks, contains the historical core of the town of Thurles. These townlands are as follows:

Thurles Townparks is a townland of a little more than 365 acres in Thurles civil parish in County Tipperary.

Rossmore is a small village and townland in County Tipperary in Ireland. It is in the civil parish of Clonoulty, barony of Kilnamanagh Lower. It is located in the District Electoral Division (DED) of Clonoulty West. It is also half of the Clonoulty and Rossmore parish in the Roman Catholic Archdiocese of Cashel and Emly.

Ikerrin is a barony in County Tipperary, Ireland. This geographical unit of land is one of 12 baronies in County Tipperary. Its chief town is Roscrea. The barony lies between Eliogarty to the south and Ormond Upper to the west. As a "peninsula", it is surrounded on three sides by counties Offaly and Laois. The territory is currently administered by Tipperary County Council.

Fertiana is a civil parish in County Tipperary, Ireland. It is part of the historical barony of Eliogarty. It has 3,397 statute acres divided into seven townlands: 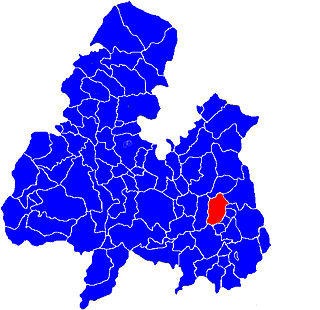 Loughmoe East is a civil parish in County Tipperary, Ireland.(Gaelic: Na Cealla Beaga). Also called CALLABEG, or KILNASEAR, the parish, in the barony of ELIOGARTY, County TIPPERARY, is in the province of MUNSTER, about 2 miles south-east of Templemore. This parish is situated on the river Suir, which separates it from Loughmoe-West, and on the road from Templemore to Thurles, and comprises 3417 statute acres.

Thurles is a town in North Tipperary. 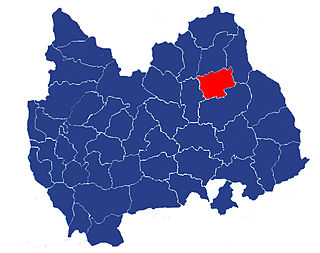 Thurles is an ecclesiastical parish in the Thurles deanery of the Roman Catholic Archdiocese of Cashel and Emly. 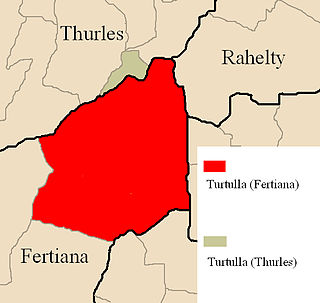 Turtulla is a townland in the civil parish of Fertiana, County Tipperary. It is a little over 790 acres in extent and is bounded on its northern edge by the River Suir, which separates it from another, much smaller, townland of the same name, which belongs to Thurles civil parish. 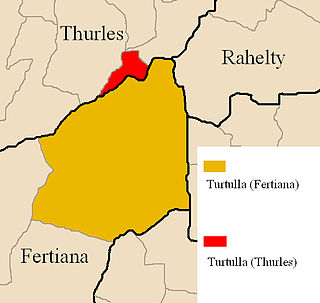 Turtulla is a townland in the civil parish of Thurles, County Tipperary. It is a little over 34 acres in extent. Just across the river, there is another, much larger, townland of the same name which belongs to Fertiana civil parish. 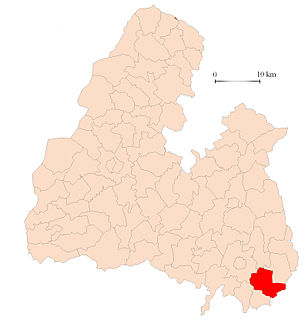 Rahelty, sometimes written Rahealty, is a civil parish in County Tipperary, Ireland. It is one of 21 civil parishes in the historical barony of Eliogarty. It contains eighteen townlands:

Thurles Golf Club has existed since at least 1909, when it affiliated to the Golfing Union. The club's current course is located just to the south of Thurles town in the townland of Turtulla. Its clubhouse is based around Turtulla House, the former manor house of this townland, which, along with 218 acres, were bought for the club in 1944.

Knockroe is a townland containing a little over 363 acres in Moycarky civil parish and in the ecclesiastical parish of Moycarkey, Littleton, Two-Mile-Borris, in County Tipperary, Ireland. 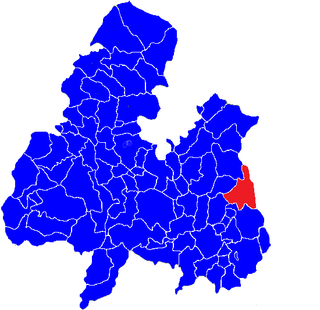 Templetouhy, often written Templetuohy, is a civil parish that lies mainly in the barony of Ikerrin, County Tipperary although a single townland lies in the barony of Eliogarty. It is part of the Thurles poor law union. Writing in 1837, Lewis said that the parish of Templetuohy had 2,653 inhabitants.

In the history of land use in Ireland, a townpark or town park was a smallholding near a town and farmed by someone resident in the town. Typically, a major landowner provided a contiguous area near the town which was subdivided into multiple townparks, each rented on a short-term lease, for a higher rent than that paid by a full-time resident farmer.

Rathgarve, is a civil parish in County Westmeath, Ireland. It is located about 19.24 kilometres (12 mi) north of Mullingar.