Thuy Diep (born in Vietnam) is an American fashion designer.

As a child, under the direction of her mother and father who ran a tailoring school and custom-made clothing shop in her native home, Thuy began honing her tailoring skills at an early age. Moving to the United States in 1981.

Thuy's education was at Brown University and early professional career as a Pricewaterhouse consultant.[ citation needed ] Returning to school—and back to her first love, fashion—she attended Parsons The New School for Design.[ citation needed ]

In 2006, she formed her eponymous label "Thuy", based in the SoHo neighborhood of lower Manhattan, producing women’s designer ready-to-wear clothing.[ citation needed ]. Thuy was critically acclaimed and showcased in New York Fashion Week.

In 2014, Thuy and her mom "Mama Xit" formed an eco-friendly children's labeled called Little Moony. Little Moony is a tribute to the modern mom's love for style and her budding fashionista's need for comfort. The label offer everyday, easy-peasy, simple silhouettes in natural fibers and eco-friendly fabrics with unexpected, cute one-off details. Designed in New York by Thuy, and made in Los Angeles by Mama Xit, the line is season neutral, is www.littlemoony.com

Donna Karan, also known as "DK", is an American fashion designer and the creator of the Donna Karan New York and DKNY clothing labels.

Balenciaga is a luxury fashion house founded in Spain by Cristóbal Balenciaga, a designer born in Guetaria, Spain. The brand is now owned by the French multinational company Kering. Balenciaga had a reputation as a couturier of uncompromising standards and was referred to as "the master of us all" by Christian Dior. His bubble skirts and odd, feminine, yet "modernistic silhouettes" became the trademarks of the house.

Peter Speliopoulos, born in 1961 in Springfield, Massachusetts, is an American fashion designer.

Jeff Banks PPCSD is a Welsh designer of men's and women's clothing, jewellery, and home furnishings. Born in Ebbw Vale, Wales, Banks co-founded the fashion chain Warehouse in the late 1970s. He later created and presented the television programme The Clothes Show, broadcast on BBC One from 1986 to 2000. 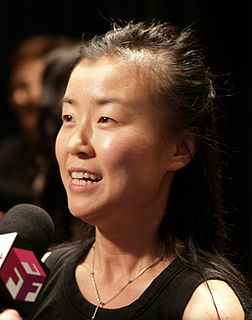 Behnaz Sarafpour is a New York City-based designer who introduced a line of women's apparel bearing her name in 2001. 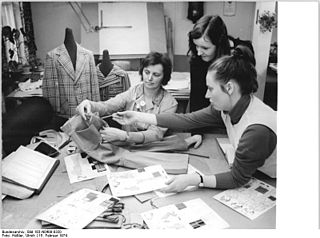 Fashion design is the art of applying design, aesthetics and natural beauty to clothing and its accessories. It is influenced by cultural and social attitudes, and has varied over time and place. Fashion designers work in a number of ways in designing clothing and accessories such as bracelets and necklaces. Because of the time required to bring a garment onto the market, designers must at times anticipate changes to consumer tastes.

Isabel Toledo was a Cuban-American fashion designer based in New York City.

Nicolas Caito is a French patternmaker who works in New York City. According to Elle magazine, he is "New York's most in-demand patternmaker" and is often credited with increasing the level of technical craftsmanship in American fashion to a level formerly seen only in Milan and Paris.

Peter Som is a Chinese American fashion designer. Born and raised in the San Francisco Bay Area, Peter Som graduated from Connecticut College in 1993 with a degree in Art History. He continued his studies at the Parsons School of Design where he apprenticed with American designers, Michael Kors and Calvin Klein. At Parsons, his talent was recognized through competitions; he won and was presented with the Parsons Gold Thimble Award by Isaac Mizrahi.

Jill Stuart is an American fashion designer based in New York City, where she has been operating since 1988. She established her eponymous label in 1993. She also has a significant international client base, particularly in Japan.

Haute couture is the creation of exclusive custom-fitted clothing. Haute couture is high-end fashion that is constructed by hand from start to finish, made from high-quality, expensive, often unusual fabric and sewn with extreme attention to detail and finished by the most experienced and capable sewers—often using time-consuming, hand-executed techniques. Couture translates literally from French as "dressmaking" but may also refer to fashion, sewing, or needlework and is also used as a common abbreviation of haute couture and refers to the same thing in spirit. Haute translates literally to "high". An haute couture garment is always made for an individual client, tailored specifically for the wearer's measurements and body stance. Considering the amount of time, money, and skill allotted to each completed piece, haute couture garments are also described as having no price tag: budget is not relevant. In modern France, haute couture is a protected name that may not be used except by firms that meet certain well-defined standards. 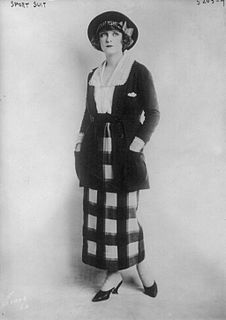 Sportswear is an American fashion term originally used to describe separates, but which since the 1930s has come to be applied to day and evening fashions of varying degrees of formality that demonstrate a specific relaxed approach to their design, while remaining appropriate for a wide range of social occasions. The term is not necessarily synonymous with activewear, clothing designed specifically for participants in sporting pursuits. Although sports clothing was available from European haute couture houses and "sporty" garments were increasingly worn as everyday or informal wear, the early American sportswear designers were associated with ready-to-wear manufacturers. While most fashions in America in the early 20th century were directly copied from, or influenced heavily by Paris, American sportswear became a home-grown exception to this rule, and could be described as the American Look. Sportswear was designed to be easy to look after, with accessible fastenings that enabled a modern emancipated woman to dress herself without a maid's assistance.

Sal Cesarani is an American fashion designer particularly known for his tailored menswear, which has made him a triple-Coty Award winner.

Monique Péan is an American fine jewelry designer based in New York City.

Todd Snyder is an American fashion designer in New York City. He founded an eponymous fashion label, in 2011, that was acquired by American Eagle Outfitters, in 2015.

Aparna Chandra is a fashion designer and stylist from India.

Christian Francis Roth is an American fashion designer based in New York. Several of Roth’s designs can be found in the permanent collection of the Costume Institute at the Metropolitan Museum of Art, with seven pieces having appeared in exhibitions. Roth was awarded the Perry Ellis Award for New Fashion Talent in 1990 at the age of 21 by the Council of Fashion Designers of America. Roth's designs appeared frequently throughout the 1990's in publications such as Vogue, Elle, W, New York Magazine, Harper's Bazaar, The New York Times, and others.