Thy Album Come is the first album by Nigerian rapper Ruggedman, it was released in 2005. 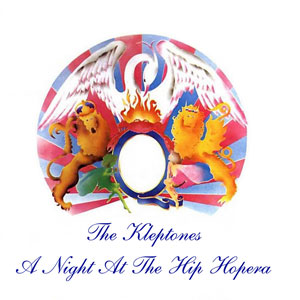 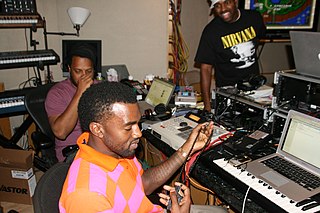 The following list is a discography of production by Kanye West, an American rapper and record producer. It includes all of his work, from hit singles and top albums such as "All of the Lights" in "My Beautiful Dark Twisted Fantasy " to music he produced and co-produced such as "Takeover" by Jay-Z. The following page provides a list of Kanye West's music in sequential order by release date.

Cruel Melody is the debut album of American rock band Black Light Burns, released on June 5, 2007, through Ross Robinson's label I AM: WOLFPACK. The album is an outcome of frontman Wes Borland's efforts after his departure from Limp Bizkit in 2001, after which he took part in many projects such as Eat the Day and The Damning Well. After receiving additional inputs from then members Danny Lohner, Josh Freese and Josh Eustis, Cruel Melody was released in the spring of 2007.

Once in a Lifetime is a three-CD box set by the Talking Heads, released in the United States by Sire/Warner Bros./Rhino in 2003. The set also includes a DVD, an expanded version of the music video compilation Storytelling Giant. The discs are packaged in a wide horizontal book that recalls a CD longbox, featuring paintings by Russian artists Vladimir Dubossarsky and Alexander Vinogradov and with art direction by Stefan Sagmeister. Sagmeister would work with David Byrne and Brian Eno on their 2008 album Everything That Happens Will Happen Today. 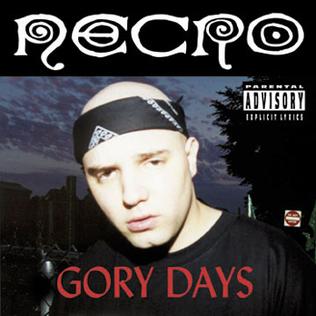 Gory Days is the second studio album by rapper Necro, released on November 7, 2001 by Psycho+Logical-Records. In this album, Necro emphasizes his death rap theme, rather than sex, such as in his 2005 album The Sexorcist. The album spawned two singles, "Bury You with Satan" and "Morbid".

How You Luv That Vol. 2 is the second volume of the first album by rap duo Big Tymers released in later 1998. The album has the same songs as Volume 1, with an additional remix for "Stun'n". The singles are "Big Ballin'" and "Stun'n (Remix)". Mannie Fresh produced the album. The album featured guests Bun B, Lil Wayne, Cadillac, Juvenile, Paparue & B.G. The upper middle of the cover shows B.G. (rapper) in pre-planned early artwork for his album, Chopper City In The Ghetto, which was released a year later.

No Shame is the fourth album and major label debut by Hawaiian band Pepper. Released on October 3, 2006 through Atlantic Records, it features production from Nick Hexum of 311, Tony Kanal of No Doubt, and Sublime producer Paul Leary.

St. Marxmen is a mixtape by M.O.P.. It's a mixture of new songs, unreleased songs from the Roc-A-Fella era and some cameos such as Ol' Dirty Bastard's "Pop Shots" (Remix). The track "Big Boy Game" was recorded when M.O.P. signed to G-Unit Records.

Songs from the Film is Tommy Keene's second full-length album and his major label debut. Originally released on LP and cassette in 1986, it wasn't available on CD until 1998. 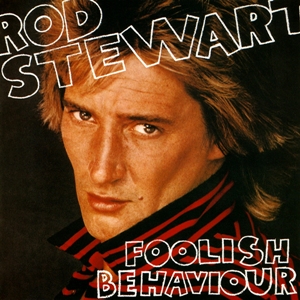 Foolish Behaviour is Rod Stewart's tenth studio album released on 21 November 1980 and on the Riva label in the United Kingdom and on Warner Bros. Records in both The United States and Germany. The tracks were recorded at The Record Plant Studios and Cherokee Studios in Los Angeles from February to September, 1980. "Passion", "My Girl", "Somebody Special" and "Oh God, I Wish I Was Home Tonight" were released as singles.

"V" Is for Vagina is the debut studio album by Maynard James Keenan's side project Puscifer, released on October 30, 2007. The album features a significantly different, electronic sound and arrangements than Keenan's other bands: the progressive Tool and alternative A Perfect Circle. Keenan himself compared the sound of "V" Is for Vagina to "driving around in your car listening to those old Motown hits, James Brown, and cool R&B stuff". "V" is for Vagina has sold 112,000 copies.

Ruddedy Baba is the second album by Ruggedman, it was released in 2007.

Somethin' Nasty is the seventh album released by Uncle Luke. It was released on March 13, 2001 on Luke Records through Koch Records' short-lived independent label distribution unit, KELA and featured production by Luke's former 2 Live Crew bandmate, Mr. Mixx, Daz Dillinger, Gorilla Tek, and Luke himself. The album found minor success, peaking at #149 on the Billboard 200, #36 on the Top R&B/Hip-Hop Albums and #6 on the Top Independent Albums.

You See Me is the second studio album by St. Louis rapper Murphy Lee. It was released on December 1, 2009 via Murphy Lee's website "murphderrty.com" for free if a DVD was purchased with it.

Piano in the Foreground is an album by American pianist, composer and bandleader Duke Ellington recorded and released on the Columbia label in 1961. It features Ellington in a piano trio setting, emphasising his own keyboard prowess rather than the big band arrangements more typical of his recordings. 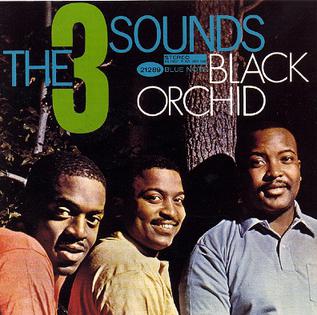 Black Orchid is an album by jazz group The Three Sounds featuring performances recorded in 1962 and released on the Blue Note label. The 1998 limited CD reissue features other seven unissued tracks recorded at different sessions. It was also issued in Japan in 2015, on SHM-CD, featuring different bonus tracks recorded on the same sessions.

Mirror Traffic is the fifth studio album by Stephen Malkmus and the Jicks, released on August 23, 2011 by Matador Records. It is the first collaboration between Stephen Malkmus and producer Beck and also the last album to feature drummer Janet Weiss, who moved on to become a member of Wild Flag. As of November 2013, the album has sold 30,000 copies in the U.S. according to Nielsen SoundScan.

Number One is the debut studio album by Nigerian rapper M Trill. It was released on 17 October 2008 by Grafton Records with distribution by Afrobest Productions. Supported by the hit single "Bounce" which gained airplay on several major radio stations, the album contains guest appearances from 2Shotz, Ruggedman, Timaya, Uchie, Korkormikor, Frank D Nero, ShoBoi and vocals from Ghanaian singer Fire. All songs on Number One were written solely by Teria Yarhere. Although the record involved a lot more rap music, it also encompassed a distinct highlife/hip hop sound.

The following list is a discography of production credited to Prince Paul, an American hip hop record producer and recording artist from Amityville, New York. It includes a list of songs produced, co-produced and remixed by year, artist, album and title.