Lars Thylander was named Property Developer of the year in 2007 by Danish magazine Erhvervsejendomme. [1]

Lars Thylander (born 11 August 1962) entered the property business in 1983 and founded The Thylander Group in 1986. Through the 1980s and 1990s the group bought and sold a number of outstanding buildings and property companies in Denmark. Among them were buildings in Strøget and Bredgade in Copenhagen, and controlling stock holdings in public companies Ejendomsselskabet Norden A/S and Det Københavnske Ejendomssocietet A/S.

Later the Thylander Group was involved in the prolific project of restoring the landmark Vandflyverhangaren in Holmen in 2001, and architect Dorte Mandrup-Poulsens new version of the old building was nominated for the prestigious Mies van der Rohe Award. [2]

Since 2005 the Thylander Group has initiated the formation of EI Invest Berlin I A/S and brokered the purchase of 4.100 apartments in Berlin. The group later purchased an additional 200 flats in four more buildings in the German capitol.

In 2006 the Thylander Groups headed a syndicate that bought the historic Scala building in Copenhagen. The property was sold on later that year. [3]

Also in 2006 the Thylander Group transformed the public company Torsana A/S into Victoria Properties A/S. The property company deals with investment and fund & asset management in regards to property in Berlin, Frankfurt and Hamburg. [4] 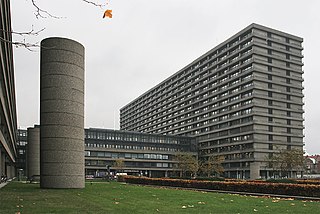 Rigshospitalet is one of the largest hospitals in Denmark and the most highly specialised hospital in Copenhagen. The hospital's main building is a 16 storey functionalist highrise, one of the tallest structures in the central parts of the city. Rigshospitalet neighbours the Panum Building which houses the Faculty of Health and Medical Sciences at the University of Copenhagen. As a teaching hospital it is part of the framework organisation Copenhagen University Hospital.

Scandlines is a ferry operator owned by a consortium consisting of First State Investments, Hermes Investment Management, and equity investor 3i Group. Scandlines operates two lines for passenger and freight in and between Denmark and Germany. Scandlines services to Sweden were served in co-operation with Stena Line, but in 2015, Stena Line and Scandlines sold their shares to the investment fund First State. 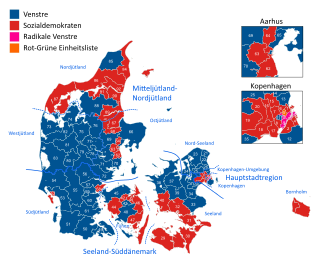 Bestseller A/S is a privately held family-owned clothing company based in Denmark. The company was founded in 1975 and has 20 brands.

Michael Eggert, is an entrepreneur from Copenhagen, Denmark. Eggert is the founder and managing partner of several companies, amongst others Studerende Online, Softdetect Systems, EC Group, Lejebolig.dk, Erhvervslokaler.dk and more.

Cimber Sterling A/S, also known as Cimber Air and styled as Cimber Sterling, was a Danish airline based in Sønderborg, Sønderborg Municipality, Denmark, operating scheduled domestic and international services in co-operation with Scandinavian Airlines (SAS) and Lufthansa. Its main bases were Copenhagen Airport and Billund Airport, with a smaller base at Aalborg Airport. The airline filed for bankruptcy on 3 May 2012.

Lars Thylander is a Danish businessman and property investor. Lars Thylander was named Property Developer of the Year in 2007 by Danish magazine Erhvervsejendomme. 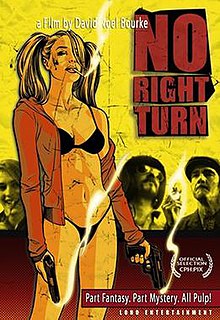 Sydbank A/S is one of Denmark's largest full service banks headquartered in Aabenraa. Sydbank was founded in 1970 with the merger of four local banks based in Southern Jutland: Den Nordslesvigske Folkebank (Aabenraa); Graasten Bank (Gråsten); Folkebanken for Als og Sundeved (Sønderborg) and Tønder Landmandsbank (Tønder). It has since then grown considerably through mergers and acquisitions, one of the latest being DiskontoBanken of Næstved, which was delisted on the Copenhagen stock exchange as of 15 January 2014.

Grønningen is a street in central Copenhagen, Denmark, connecting Bredgade and the intersecting street Esplanaden to Oslo Plads in front of Østerport Station along the southwestern margin of the fortification Kastellet. It lends its name to the artists' cooperative Grønningen which was originally based in the street.

The Lindencrone Mansion is a historic building located on the corner of Bredgade and Sankt Annæ Plads in central Copenhagen, Denmark. Completed in 1753, it is one of many town mansions which were built for wealthy citizens in the district Frederiksstaden in the years after its foundation in the middle of the 18th century.

The Prince Wilhelm Mansion is a historic property on the corner of Sankt Annæ Plads and Amaliegade in central Copenhagen, Denmark. It is owned by the property investment company Jeudan which is headquartered in the building.

Kokkedal Slot is a former country house located in Hørsholm north of Copenhagen, Denmark. It is now operated as a 62-room, high-end hotel under the name Kokkedal Slot Copenhagen to distinguish it from Kokkedal Slot in North Jutland. The hotel is a member of the Small Luxury Hotels of the World (SHL) network. It is surrounded by parkland and an 18-hole golf course. 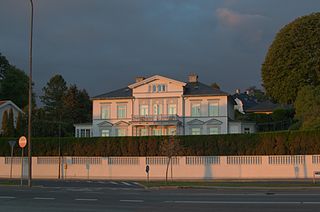 Belvedere is a Neoclassical country house located at Strandvejen 407 in Klampenborg, Gentofte Municipality, some 15 kilometres north of central Copenhagen, Denmark. It was listed by the Danish Heritage Agency in the Danish registry of protected buildings and places on 3 January 1989.