The Thysville Caves are a cave complex in the Democratic Republic of the Congo, located near the town of Mbanza-Ngungu (formerly Thysville). The cave complex is fed by tributaries of the Lower Congo River, and extends across an area of 750 square kilometers.

Flowing water carries nutrients from the surface into the caves, which nourishes aquatic life adapted to the lightless environment. The caves are home to an endemic blind cyprinid fish, Caecobarbus geertsii , listed as vulnerable in the IUCN Red List. [1] The caves are relatively unknown scientifically, and may be home to other endemic fish and invertebrate species.

The Alabama cave shrimp is a species of shrimp in the family Atyidae, found only in caves in the state of Alabama. 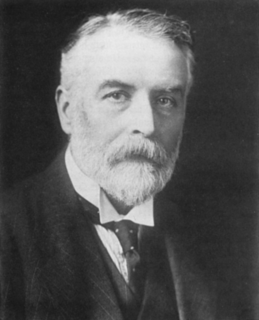 The Ozark cavefish, Amblyopsis rosae, is a small subterranean freshwater fish endemic to the United States. It has been listed as a threatened species in the US since 1984; the IUCN lists the species as Near Threatened. It is listed as endangered by the Missouri Department of Conservation. 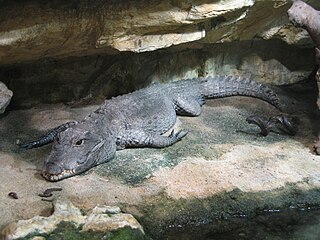 The dwarf crocodile, also known as the African dwarf crocodile, broad-snouted crocodile or bony crocodile, is an African crocodile that is also the smallest extant (living) species of crocodile. Sampling has identified three genetically distinct populations. Some feel that the findings should elevate the subspecies to full species status.

Spelaeorchestia koloana, the Kauaʻi cave amphipod or ʻuku noho ana in Hawaiian, is a cave-dwelling crustacean only found on the Hawaiian island of Kauaʻi. It is eyeless and measures 7–10 mm (0.28–0.39 in) long. It is only known from 10 populations, and eats decaying plant matter and other decomposing material.

Caecobarbus geertsi, the African blind barb or Congo blind barb, is a species of cyprinid fish. This threatened cavefish is only known from Democratic Republic of the Congo, and it is the only member of the monotypic genus Caecobarbus. George Albert Boulenger described this fish in 1921 and it apparently lacks any close relatives in the Congo region.

Indoreonectes evezardi is a species of ray-finned fish in the family Nemacheilidae. Earlier it was known as Nemacheilus evezardi described by Day (1878) captured from a river stream near Pune. It is endemic to India, found in the Western Ghats and the Satpuras. Most populations are found in normal streams, but two distinct cave-adapted forms exist in Kotumsar Cave.

Eidinemacheilus smithi, also known as the Zagroz blind loach, is a species of loach in the family Nemacheilidae. This cavefish is endemic to an aquifer in the Karun River drainage in the Zagros Mountains of Iran.

Phreatichthys andruzzii is a species of cyprinid fish. It is the only species of the genus Phreatichthys, and is endemic to Somalia. This cave-adapted fish is whitish (non-pigmented) and blind. It is considered to have evolved in the cave environment for some two million years. Its name derives from the Greek words phreasatos for spring, and ichthys for fish. It grows to a maximum length of 6.2 centimetres (2.4 in).

Rhinolophus hilli, Hill's horseshoe bat, is a species of bat in the family Rhinolophidae. It is endemic to Rwanda. Its natural habitats are subtropical or tropical moist montane forests, caves, and subterranean habitats. In 2013, Bat Conservation International listed this species as one of the 35 species of its worldwide priority list of conservation. It is threatened by habitat loss.

Pimelodella kronei is a species of three-barbeled catfish endemic to Brazil. Discovered by the German naturalist Sigismund Ernst Richard Krone, it was the first troglobitic fish described in Brazil, but several others have been described later.

Stygichthys typhlops, the blind tetra or Brazilian blind characid, is a species of fish in the family Characidae and the only member of the genus Stygichthys. It is endemic to caves in northern Minas Gerais, Brazil. Like other cave-adapted fish, the Brazilian blind characid is blind and lacks pigmentation. It reaches up to about 4.6 cm (1.8 in) in standard length. It is solitary and when kept together in an aquarium, individuals are indifferent to each other. 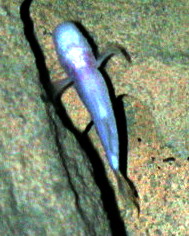 Typhlichthys subterraneus, the southern cavefish, is a species of cavefish in the family Amblyopsidae endemic to karst regions of the eastern United States.

Antrolana lira is a species of crustacean in family Cirolanidae, the only species in the genus Antrolana. It is an unpigmented troglobite with no eyes, reaching a maximum length of 0.7 inches (18 mm).

Palaemonetes cummingi is a species of cave-dwelling shrimp in the family Palaemonidae, known as the Florida cave shrimp or Squirrel Chimney cave shrimp.

Stygobromus lucifugus is an extinct species of amphipod crustacean in the family Crangonyctidae. It was first described by Oliver Perry Hay who found it living in a well near Abingdon, Knox County, Illinois, United States, and it was endemic to that state.

Lake Barombi Mbo or Barombi-ma-Mbu is a lake near Kumba in the Southwest Region of Cameroon. It is located in the Cameroon volcanic chain, and is the largest volcanic lake in this region. It is one of the oldest radiocarbon-dated lakes in Africa, with the youngest lava flow in it being about one million years old. On old colonial maps the area was known as Elefanten Sea, but the elephants living in the area were extirpated due to ivory trading.