Araras is a municipality located in the interior of State of São Paulo, Brazil. The population is 118,898 as of the 2010 IBGE Census.

In summer 2009, he signed a one-year contract with the Slovakian side FC Spartak Trnava. [1]

Bernardini is a thoroughbred race horse, at Darley Stable in Kentucky.

Dean Bernardini is the bass guitarist and backing vocalist for the rock band Chevelle. He joined the band in 2005 after the departure of Joe Loeffler, who had been a member of the group since 1995. Bernardini is also a noted visual artist and woodworker; the cover of the 2009 album Sci-Fi Crimes was an original 24x48 oil on canvas painting by Bernardini, and he also supplied an original oil on canvas painting for the band's 2012 album Stray Arrows: A Collection of Favorites.

Ibson Barreto da Silva, simply known as Ibson, is a Brazilian footballer who plays as a central midfielder for Tombense.

Alex Raphael Meschini is a Brazilian footballer who plays as a midfielder. 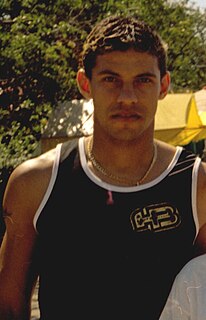 Moisés Moura Pinheiro is a Brazilian retired footballer who played as a central defender.

Fulvio Bernardini was an Italian footballer and coach, who played as a midfielder. He is regarded as one of Italy's greatest ever footballers and managers.

Hristo Stefanov Mladenov was a Bulgarian football player and manager. He was the manager of the Bulgaria national football team during the 1974 FIFA World Cup . 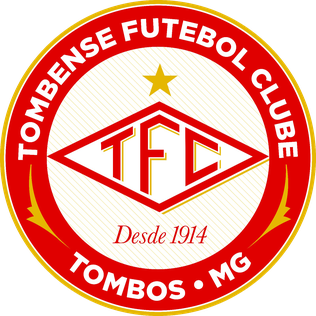 Tombense Futebol Clube, commonly known as Tombense is a Brazilian football club based in Tombos, Minas Gerais state. They are currently playing in the Campeonato Mineiro.

Jymmy Dougllas França is a Brazilian footballer who plays for Paulista.

Boca Juniors basketball section is part of the Boca Juniors sports club based in Buenos Aires, Argentina. The team plays in the Liga Nacional de Básquet (LNB), the first division of the Argentine league system. Boca's home games are played at the Estadio Luis Conde, also called the Bombonerita, as a reference to the club's football stadium known as the La Bombonera.

Rômulo Borges Monteiro, known simply as Rômulo, is a Brazilian footballer who plays as a defensive midfielder. He currently plays for Brazilian Série A club Grêmio. 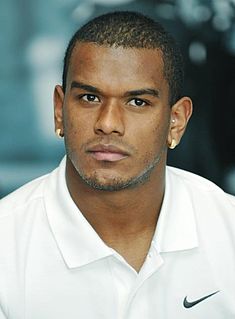 The 2015 Cape Verdean Football Championship season was the 36th beginner level competition of the first-tier football in Cape Verde. Its started on 9 May and finished on 11 July. The tournament was organized by the Cape Verdean Football Federation. The schedule including its matches were created on Saturday January 10. CS Mindelense won the eleventh title and became the second club after Sporting Praia to win three in a row. Neither clubs participated in the CAF Champions League competition in 2016 and in the 2016 CAF Confederation Cup. This was the second ever and most recent finals competition that two clubs came from the same island as well as the same city.

Club Atlético Peñarol is an Argentine sports club based in Mar del Plata. The club is mostly known for its basketball team, which is currently playing in the Liga Nacional de Básquet (LNB), the top level of the Argentine league system. Their home arena is the Polideportivo Islas Malvinas.