Ali Karimi is an Iranian football coach and retired player. He has played for Fath Tehran, Persepolis, Al-Ahli Dubai, Bayern Munich, Qatar SC, Steel Azin, Schalke 04, Tractor Sazi, and the Iran national team for which he scored 38 goals in 127 appearances. In 2004, he became the fourth Iranian player to win the Asian Footballer of the Year. He announced his retirement at the end of the 2013–14 season and, on 11 April 2014, played the final game of his 18-year career.

Tiago Cardoso MendesOIH, known simply as Tiago, is a Portuguese former footballer who played as a midfielder, and the current manager of Vitória de Guimarães.

Carlos Manuel Brito Leal Queiroz, ComIH, is a Portuguese football coach who is currently the manager of the Colombia national team. He has served as the manager of his native Portugal's national team on two occasions, the United Arab Emirates, South Africa and Iran, leading South Africa (2002), Portugal (2010) and Iran to the FIFA World Cup. At club level, he has also managed Sporting CP, the New York/New Jersey Metrostars in Major League Soccer and Spanish club Real Madrid. He also had two spells as Alex Ferguson's assistant manager at English club Manchester United.

Javad Nekounam is an Iranian retired footballer who played as a central midfielder, and the manager of Foolad FC.

Kuwait Sporting Club is a Kuwaiti professional football and basketball club based in Kuwait City. The football team has won the Kuwaiti Premier League 15 times, with the most recent one coming in 2018–19. Kuwait SC also have 47 trophies to their name in Kuwaiti Club Football history. Kuwait SC plays in the Al Kuwait Sports Club Stadium, in Kaifan, which is the 5th largest stadium in Kuwait. Kuwait SC is the first Kuwaiti club to ever win an Asian title that is, the AFC Cup in 2009, 2012, 2013. Kuwait SC is also one of the first sports club to have been established in Kuwait . 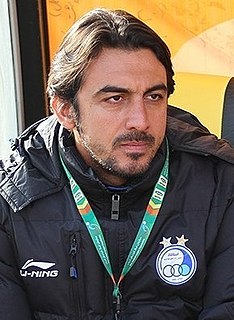 Seyed Mehdi Rahmati Oskuei is an Iranian footballer and coach who plays as a goalkeeper for Shahr Khodro in the Persian Gulf Pro League as player-manager. He played for the Iranian national team between 2004 and 2013. 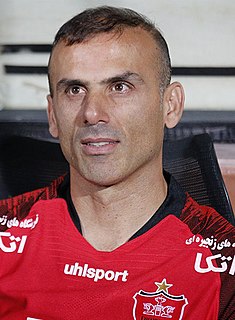 Seyyed Jalaleddin Hosseini, commonly known as Jalal Hosseini, is an Iranian professional footballer who plays as a centre-back and captains Iranian club Persepolis. He has been a member of Iran's under-23 side as a wild card player on two occasions, in the 2006 and 2010 Asian Games, winning a bronze medal in 2006. Hosseini has represented Iran at the 2007 AFC Asian Cup, 2011 AFC Asian Cup, 2015 AFC Asian Cup, and the 2014 FIFA World Cup.

Rogério de Assis Silva Coutinho or simply Rogerinho, is a Brazilian professional footballer who plays as an attacking midfielder for Saudi Pro League side Al-Ettifaq. 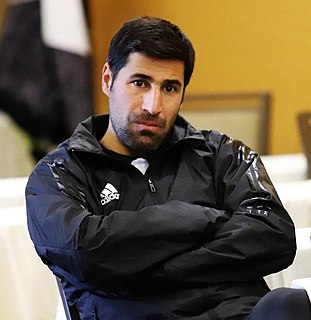 Ehsan Hajsafi is an Iranian footballer who plays for Greek club Aris. He is a member of the Iranian national team.

Dragan Talajić is a Croatian former footballer who last coached Henan Jianye of the Chinese Super League. Talajić played as a goalkeeper and is a football manager who has managed many clubs in Middle East, Thailand and China. He is the winning coach of the 2004 AFC Champions League with Al-Ittihad. For the 2010–11 season Talajić was declared Best Coach of Asia and Best Coach of Arabic football world by television Al Jazeera Sport TV, Best Coach of Arabic football world by MBC Sport TV and Best Coach of Jordan by votes of fans and press. In Croatia Football Federation-HNS, Talajić is regarded as the prodigy of the Most successful manager in history by La Gazzetta dello Sport, Tomislav Ivić.

Ramin Rezaeian is an Iranian footballer who plays as a right back for Qatari club Al-Duhail. He started his career as a right-back, but he often plays as a winger. Rezaeian was Carlos Queiroz's first choice on the right side of the defense of the Iran men's national team in the 2018 FIFA World Cup qualification matches. To date, he has scored twice in 41 appearances for Iran. 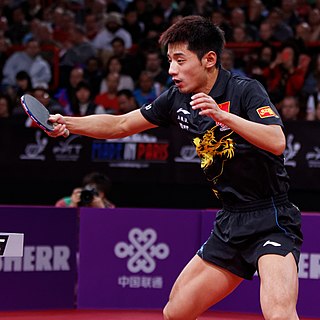 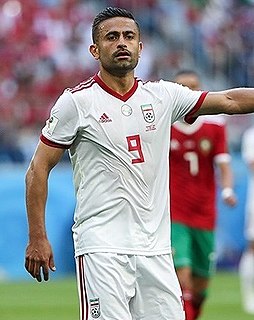 Omid Ebrahimi Zarandini is an Iranian footballer who currently plays as a defensive midfielder for Al Ahli. 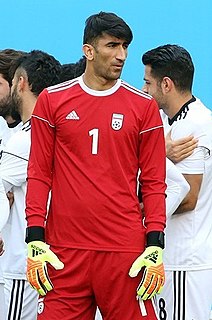 Alireza Safar Beiranvand is an Iranian professional footballer who plays as a goalkeeper for Belgian First Division A club Royal Antwerp and the Iran national team. Beiranvand represented Iran internationally at the 2015 and 2019 AFC Asian Cups, and at the 2018 FIFA World Cup.