Tibor Csehi (born 27 March 1963) is a Hungarian midfielder who formerly played for several clubs in Hungary, before retiring in 1997. [2] 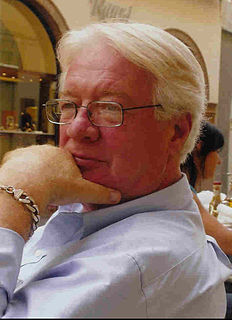 Csehi is a village in Vas County, Hungary.

Csehimindszent is a village in Vas County, Hungary.

The 2010–11 season will be Paksi SE's 5th competitive season, 5th consecutive season in the Soproni Liga and 58th year in existence as a football club.

Tibor Perecsi was a Hungarian footballer, who was part of the Ferencváros team that won the 1964–65 Inter-Cities Fairs Cup.

Zoltán Csehi is a Hungarian former professional footballer who played as a forward. He played in Hungary for various teams, among them: Nyíregyháza Spartacus, Kecskemét, Debrecen and Videoton. In Romania Csehi played for Bihor Oradea and Liberty Salonta.

The Chief Veterinary Officer of Hungary, as a chief veterinary officer, is the supervisor of the National Food Chain Safety Office, and in general, the governmental veterinary services including animal health, animal protection and welfare and food chain safety control. Besides organizing and operating veterinary public health, he plays a significant role in international agricultural and trade affairs, in which the animal health and food safety status usually an important issue. His responsibilities are detailed in the law XLVI of 2008 on food chain and its authority control.