Randy Cohen founded TicketCity in March 1990 using the experience he gained selling tickets on the secondary market in 1988 while attending the University of Texas at Austin. [1]

On August 7, 1998 TicketCity became one of the first online ticket brokers. [2]

In 2002, TicketCity acquired Ticketsupfront.com expanding its access in the Midwest. [4]

On Aug. 5, 2008, Texas Attorney General Greg Abbott charged TicketCity with violating the state's Deceptive Trade Practices Act. Customers who attempted to buy tickets for the Beijing Summer Olympic Games complained that TicketCity did not honor their 200 percent refund when they could not deliver the tickets. On June 17, 2011, TicketCity and Abbot agreed to a settlement, where there was no admission of liability and no payment of penalties. In order to resolve the State's legal action, TicketCity was required to post a 120-day notice on their website, telling customers who purchased undelivered tickets to the opening ceremonies how they could apply for the 200 percent refunds that it originally promised. [6]

Spirit Airlines, Inc. is an American ultra-low-cost carrier headquartered in Miramar, Florida in the Miami metropolitan area. It is the eighth largest commercial airline in North America. Spirit operates scheduled flights throughout the United States and in the Caribbean and Latin America. The airline operates bases at Atlantic City, Baltimore, Chicago–O'Hare, Dallas/Fort Worth, Detroit, Fort Lauderdale, Las Vegas, and Orlando. The company's slogan is Less Money, More Go., formerly Catch the Spirit!

H&R Block, Inc., or H&R Block, is an American tax preparation company operating in Canada, United States, and Australia. The company was founded in 1955 by brothers Henry W. Bloch and Richard Bloch. 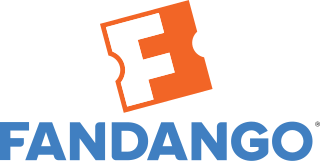 Fandango Media, LLC is an American ticketing company that sells movie tickets via their website as well as through their mobile app, as well as a provider of television and streaming media information, e.g., through its subsidiaries Flixster, Movies.com, and Rotten Tomatoes.

Truist Financial Corporation is an American bank holding company headquartered in Charlotte, North Carolina. The company was formed in December 2019 as the result of the merger of BB&T and SunTrust Banks. Its bank operates 2,049 branches in 15 states and Washington, D.C., and offers consumer and commercial banking, securities brokerage, asset management, mortgage, and insurance products and services. It is on the list of largest banks in the United States by assets. Its subsidiary, McGriff Insurance Services, was one of the largest insurance brokers in the world. In its history, it has made 106 mergers and acquisitions. Since it took over Southern National Bank in 1995, it has made 43 deals.

Gregory Wayne Abbott is an American attorney serving as the 48th and current governor of Texas since 2015. A member of the Republican Party, he previously served as the 50th Attorney General of Texas from 2002 to 2015. He is the third governor of any U.S. state to permanently use a wheelchair. He is also the first disabled governor in Texas history.

BBVA USA is a bank holding company headquartered in Birmingham, Alabama. It has been a subsidiary of the Spanish multinational Banco Bilbao Vizcaya Argentaria since 2007 and operates chiefly in Alabama, Arizona, California, Colorado, Florida, New Mexico, and Texas.

Proposition 2 was a referendum for a state constitutional amendment placed on the ballot by the Texas legislature and approved by the voters at the November 8, 2005 general election. The measure added a new provision to the Texas Constitution, Article 1, Section 32, which provides that "Marriage in this state shall consist only of the union of one man and one woman", and "This state or a political subdivision of this state may not create or recognize any legal status identical or similar to marriage." Texas thus became the nineteenth US state to adopt constitutional amendment banning same-sex marriage. It was the most populous state to adopt a constitutional ban on same-sex marriage until California passed its ban in November 2008.

HomeAway was a vacation rental marketplace. It operated through 50 websites in 23 languages through which it offered rentals of cabins, condos, castles, villas, barns, and farmhouses.

Yatra.com is an Indian online travel agency and travel search engine. It is based in Gurugram, Haryana. It was founded by Dhruv Shringi, Manish Amin and Sabina Chopra in August 2006.

Stephen Ira Adler is an American lawyer and Democratic politician who has been the Mayor of Austin, Texas since January 6, 2015.

Khoros, LLC is an Austin, Texas based provider of community management, social media marketing, software formed in the March 2019 merger of Lithium Technologies and Spredfast. The combined company has Austin as its headquarters and appointed Jack Blaha as CEO in August 2019. Spredfast had previously merged with Mass Relevance, an aggregator focused on delivering tweets for television broadcast, and Shoutlet. Lithium was founded as a spin-out of GX Media, had previously acquired Social Dynamx, a cloud-based provider of call centers software management.

Flexjet is an American provider of fractional ownership aircraft, leasing, and jet card services. Founded in 1995 as a division of Bombardier Aerospace, it is currently owned by Directional Aviation, an aviation private investment firm.

Pingdom AB is a Swedish website monitoring software as a service company launched in Stockholm and later acquired by the Austin, Texas-based SolarWinds. The company releases annual reports on global internet use, which are frequently cited in academic publications and by media organizations as a source of Internet-related statistics. 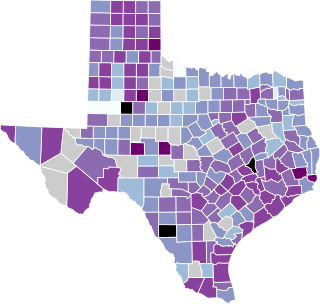 The COVID-19 pandemic reached the U.S. state of Texas by March 2020. As of August 27, 2020, Texas public health officials reported 5,059 new cases of COVID-19 and 265 deaths, increasing the state's cumulative totals since the start of the pandemic to 597,737 cases and 12,070 deaths, with 4.79 million COVID-19 tests completed to date. During the month of July both the new COVID-19 case rate and the death rate more than doubled in Texas. The 7 day moving average of new cases increased nearly five-fold between the first week of June and the 1st week of August, rising from 1,534 new cases per day to 7,285 cases.