Tie My Pecker to My Leg

"Tie My Pecker To My Leg" is a song by Mojo Nixon. It is a very crude song that Mojo Nixon plays at almost every live performance. [1] According to an Artist Direct review of Whereabouts Unknown , "Tie My Pecker to my Leg" was Mojo Nixon's bawdiest song up to that point is his career. [2] It was co-written with lead Beat Farmer Country Dick Montana. [3] Besides mentioning bestiality and sitophilia, "Tie My Pecker to My Leg" also mentions geriatric sex and coprophilia. 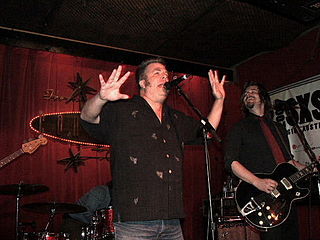 Mojo Nixon is an American psychobilly musician. He has officially retired from playing live and recording, though he does host several radio shows on Sirius Satellite Radio and has come out of retirement for one-time events, such as an event to support fellow musician Kinky Friedman's candidacy for Texas governor.

Daniel Monte McLain, known by the stage name Country Dick Montana, was a musician best known as a member of The Beat Farmers. Montana was born in Carmel, California. In 1995, Montana suffered a heart attack and died while playing "The Girl I Almost Married" during a Beat Farmers show at the Longhorn Saloon in Whistler, British Columbia, Canada. The band disbanded shortly thereafter.

Coprophilia, also called scatophilia or scat, is the paraphilia involving sexual arousal and pleasure from feces. In the Diagnostic and Statistical Manual of Mental Disorders (DSM), published by the American Psychiatric Association, it is classified under 302.89 – Paraphilia NOS and has no diagnostic criteria other than a general statement about paraphilias that says "the diagnosis is made if the behavior, sexual urges, or fantasies cause clinically significant distress or impairment in social, occupational, or other important areas of functioning". Furthermore, the DSM-IV-TR notes, "Fantasies, behaviors, or objects are paraphilic only when they lead to clinically significant distress or impairment ".

"The Old Chisolm Trail" is a well-known cowboy song. In all versions of the song, the refrain was:

There is also Vietnam era version sung to "exert some control over the penis" of "Tie My Pecker to my Leg." [6]

Vietnam, officially the Socialist Republic of Vietnam, is the easternmost country on the Southeast Asian Indochinese Peninsula. With an estimated 95.5 million inhabitants as of 2018, it is the 15th most populous country in the world. Vietnam shares its land borders with China to the north, and Laos and Cambodia to the west. It shares its maritime borders with Thailand through the Gulf of Thailand, and the Philippines, Indonesia and Malaysia through the South China Sea. Its capital city is Hanoi, while its most populous city is Ho Chi Minh City. 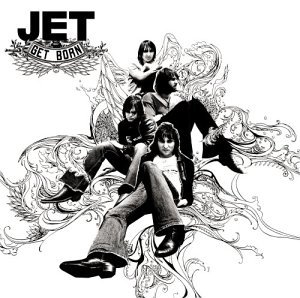 Get Born is the debut studio album by Australian rock band Jet. It was released on 14 September 2003 and has sold over 3.5 million copies worldwide. The album includes Jet's most popular song, "Are You Gonna Be My Girl".

"Miss Susie had a steamboat", also known as "Hello Operator", "Miss Suzy", and many other names, is the name of an American schoolyard rhyme in which each verse leads up to a rude word or profanity which is revealed in the next verse as part of an innocuous word or phrase. Originally used as a jump-rope rhyme, it is now more often sung alone or as part of a clapping game. Hand signs sometimes accompany the song, such as pulling on the bell in the first verse or making a phone gesture in the second.

"Seven Drunken Nights" is a humorous Irish folk song most famously performed by The Dubliners. It is a variation of the Scottish folk song "Our Goodman". It tells the story of a gullible drunkard returning night after night to see new evidence of his wife's lover, only to be taken in by increasingly implausible explanations.

"I Used to Work in Chicago" is a drinking song. It was written by songwriter and entertainer Larry Vincent. The earliest printed date for the song is March 1945 in the underground mimeographed songbook Songs of the Century, however versions of the song circulated "on the street" as early as 1938 according to the Digital Tradition Folk Music Database. Many of the lyrics are considered humorous because of the oblique sexual references. The song is often chanted by various British university sports teams.

"Heroin" is a song by the Velvet Underground, released on their 1967 debut album The Velvet Underground & Nico. Written by Lou Reed in 1964, the song, which overtly depicts heroin use and abuse, is one of the band's most celebrated compositions. Critic Mark Deming of Allmusic writes, "While 'Heroin' hardly endorses drug use, it doesn't clearly condemn it, either, which made it all the more troubling in the eyes of many listeners." 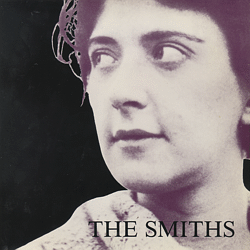 "Girlfriend in a Coma" is a song by the English rock band the Smiths. Released in August 1987, it reached No. 13 in the UK Singles Chart. It was the first of three UK singles from the band's fourth and final studio album, Strangeways, Here We Come.

"Protect Ya Neck" is the debut single by American hip hop group Wu-Tang Clan, released in 1993. The song is featured on the group's debut studio album Enter the Wu-Tang . It is produced by RZA and features eight of the original nine Wu-Tang members.

Prairie Home Invasion is an album released by US musicians Jello Biafra and Mojo Nixon in 1994. The title is a play on the popular public radio program A Prairie Home Companion and the Ice-T album Home Invasion. There was also 7" and CD singles released for "Will The Fetus Be Aborted?", which included an outtake from this album titled "The Lost World" as a B-side and Eugene Chadbourne & Evan Johns' parody of Billy Ray Cyrus's "Achy Breaky Heart" titled "Achy Rakey Heart" as a CD single bonus track. "Let's Go Burn Ole Nashville Down" has been described as a comment "on the sad state of country music in the '90s", with lyrics that attacked Garth Brooks and Jimmy Bowen.

"Good Ship Venus", also known as "Friggin' in the Riggin", is a bawdy drinking song devised to shock with ever increasingly lewd and debauched sexual descriptions of the eponymous ship's loose-moraled crew. The tune usually used is "In and Out the Windows".

The "Limerick" is a traditional humorous drinking song with many obscene verses. The tune usually used for sung limericks is traditionally "Cielito Lindo," with the words arranged in the form of a limerick.

"Bang Bang Lulu" is a traditional American song with many variations. It derives from older songs most commonly known as "Bang Bang Rosie" in Ireland, "Bang Away Lulu" in Appalachia, and "My Lula Gal" in the West. The form "Bang Bang Lulu" became widespread in the United States from its use as a cadence during the World Wars. The song uses the tune of "Goodnight, Ladies".

"634-5789 " is a soul song written by Eddie Floyd and Steve Cropper. It was first recorded by Wilson Pickett on his 1966 Atlantic Records album The Exciting Wilson Pickett with backing vocals by Patti LaBelle and the Blue Belles. The single reached number 1 on the US "Hot Rhythm & Blues Singles" chart and number 13 on the "Pop Singles" chart. The song has also been recorded by Otis Redding, Ry Cooder, Johnny Van Zant, Tower of Power, and country singer Trace Adkins. Bruce Springsteen has played the song live on many occasions; on his Wrecking Ball Tour, it was usually included in the set list as part of the "Apollo Medley".

"I Met a Whore in the Park" is a traditional rugby song that is sung at drink ups after rugby games, or just at gatherings of different rugby teams or players. In traditional rugby songs, one line of the song is sung by an individual person, and then the rest of the people involved in the song repeat that line. The individual person usually changes throughout the group of people singing along with each verse. The song is also quite popular in American drum & bugle corps, where the whole group usually sings in unison, as opposed to the original call and responses format.

"What Can the Matter Be?", also known as "Johnny's So Long at the Fair" is a traditional nursery rhyme that can be traced back as far as the 1770s in England. There are several variations on its lyrics.

"Old Shep" is a song written and composed by Red Foley and Arthur Williams in 1933, about a dog Foley owned as a child. In reality, the dog, poisoned by a neighbor, was a German shepherd called "Hoover." Foley first recorded the song in 1935, and again in 1941 and 1946.

"Miss Lucy had a baby...", also known by various other names, is an American schoolyard rhyme. Originally used as a jump-rope chant, it is now more often sung alone or as part of a clapping game. It has many variations, possibly originating from it, or from its predecessors.