Tiensuu is a Finnish surname that may refer to

Tuukka Tiensuu is a Finnish TV-director, writer and producer. He is best known for the internationally successful Finnish TV-series The Dudesons, Kill Arman and The Dudesons in America.

Tarvasjoki is a former municipality in the region of Southwest Finland, in Finland. It was merged with the municipality of Lieto on 1 January 2015.

The Polytech Choir is an academic male choir established in 1900. The majority of the choir's members are engineering students and graduate engineers from Aalto University. The activities of the choir include traditional spring and Christmas concerts, frequent recordings, and performances with leading Finnish symphony orchestras. The choir's current artistic director and conductor, since 2013, is Saara Aittakumpu. 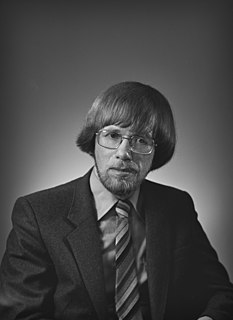 Paavo Johannes Heininen is a Finnish composer and pianist. He studied at the Sibelius Academy in Helsinki, where he was taught composition by Aarre Merikanto, Einojuhani Rautavaara, Einar Englund, and Joonas Kokkonen. He continued his studies in Cologne with Bernd Alois Zimmermann; at the Juilliard School of Music in New York with Vincent Persichetti and Eduard Steuermann; and privately in Poland with Witold Lutosławski. He has also studied musicology at the University of Helsinki. 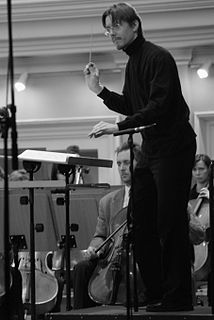 Anatumomab mafenatox is a mouse monoclonal antibody studied for the treatment non-small cell lung cancer, which acts as a tumor-targeted superantigen.

Juhani Henrik Lagerspetz is a Finnish pianist trained at the Turku Conservatory and the Sibelius Academy, where he serves as a lecturer. He was prized by the Alfred Kordelin Foundation in 1994.

The Earth Is a Sinful Song is a 1973 Finnish drama film directed by Rauni Mollberg and based on the novel Maa on syntinen laulu by late Finnish author Timo K. Mukka. It was entered into the 24th Berlin International Film Festival. The film was also selected as the Finnish entry for the Best Foreign Language Film at the 46th Academy Awards, but was not accepted as a nominee.

Anneli Arho is a Finnish music educator, writer and composer.

Kill Arman is a reality/documentary TV-series about martial arts, created by Tuukka Tiensuu and Arman Alizad, and hosted by Arman Alizad. The series was first broadcast in Finland on 9 March 2008. Currently, two seasons have been filmed and the series is airing in over 100 countries worldwide.

Dresscode was a Finnish fashion TV-series airing on MoonTV. It was hosted by master tailor Arman Alizad. The series run for three seasons, from 2001 to 2003.

Urho Somersalmi was a Finnish actor. He worked in the Finnish National Theatre from 1908 to 1958. Somersalmi was often seen in roles of masculine heroes or first-time lovers. His physical appearance was very suitable for such roles; and in the beginning of his career, he was often criticized for superficiality. Somersalmi was awarded the Pro Finlandia medal in 1948. He married actress Aili Somersalmi in 1912.

Nymphs is a Finnish fantasy-drama television series. The series is based on Greek mythology as the beautiful and immortal nymphs are living in a modern-day Helsinki. The nymphs need to have sex once a month in order to stay alive and run away from satyrs that persecute them.

Christoffer Sundqvist is a Finnish clarinettist. Since 2005 he has been first clarinet of the Finnish Radio Symphony Orchestra.

Barnens Regnskog is a Swedish nonprofit organization established in 1987, which is dedicated to raising funds for rainforest preservation. The charity supports preservation projects in Thailand, Guatemala, Belize, Costa Rica and Ecuador and has contributed to preserving 450 km² of rainforest. Fundraising activities are done in Sweden as well as Germany and the United States.

Fanatics is a 2012 Finnish comedy film directed by Teppo Airaksinen.