Tierney Thys (born 1966) is an American marine biologist, science educator, and National Geographic explorer. [1] [2] In 1988 she earned a degree in biology from Brown University, and in 1998 she earned a doctorate in biomechanics. [3] She was formerly the director of research at the Sea Studios Foundation. [4] She was also the science editor for The Shape of Life and director for Strange Days on Planet Earth. [1] She has also written, narrated and produced short films. [5] Since 2000 she and her colleagues have been studying the giant ocean sunfish (mola). [3] In 2004 she was named a National Geographic "Emerging Explorer". [1] She has since joined National Geographic expeditions and developed a National Geographic children's television conservation series. [1]

She has given two TED talks, "Swim with the giant sunfish", and "The secret life of plankton". [4] As of 2015 she was producing an online series for TEDed titled Stories from the Sea. [5]

A chapter of Earth Heroes: Champions of the Ocean, by Fran Hodgkins, is about her, and she is briefly profiled in Girls Research!: Amazing Tales of Female Scientists. [1] [6] Science Methods and Process Skills: Meet Tierney Thys, National Geographic Emerging Explorer, by Kathy Cabe Trundle, was published by National Geographic School Publishing in 2011. [7]

She is a certified pilot and diver. [8]

The biosphere, also known as the ecosphere, is the worldwide sum of all ecosystems. It can also be termed the zone of life on Earth. The biosphere is virtually a closed system with regard to matter, with minimal inputs and outputs. With regard to energy, it is an open system, with photosynthesis capturing solar energy at a rate of around 130 Terawatts per year. However it is a self-regulating system close to energetic equilibrium. By the most general biophysiological definition, the biosphere is the global ecological system integrating all living beings and their relationships, including their interaction with the elements of the lithosphere, cryosphere, hydrosphere, and atmosphere. The biosphere is postulated to have evolved, beginning with a process of biopoiesis or biogenesis, at least some 3.5 billion years ago. 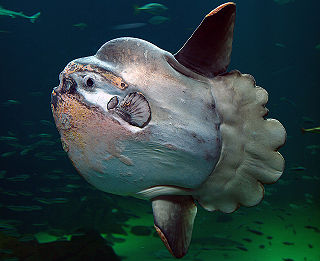 The ocean sunfish or common mola is one of the two heaviest known bony fish in the world, the other being the southern sunfish of the same genus. Adults typically weigh between 247 and 2,000 kg. The species is native to tropical and temperate waters around the world. It resembles a fish head with a tail, and its main body is flattened laterally. Sunfish can be as tall as they are long when their dorsal and ventral fins are extended. 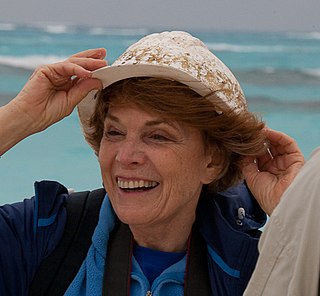 Sylvia Alice Earle is an American marine biologist, oceanographer, explorer, author, and lecturer. She has been a National Geographic explorer-in-residence since 1998. Earle was the first female chief scientist of the U.S. National Oceanic and Atmospheric Administration, and was named by Time Magazine as its first Hero for the Planet in 1998. 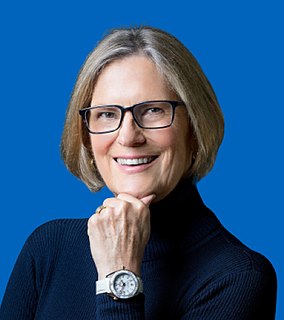 Kathryn Dwyer Sullivan is an American geologist and a former NASA astronaut. A crew member on three Space Shuttle missions, she was the first American woman to walk in space on October 11, 1984. On June 7, 2020, she became the first woman to dive to the Challenger Deep in the Mariana Trench, the deepest part of the Earth's oceans. She was Under Secretary of Commerce for Oceans and Atmosphere and Administrator of the National Oceanic and Atmospheric Administration after being confirmed by the U.S. Senate on March 6, 2014. Sullivan's tenure ended on January 20, 2017, with the swearing in of President Donald Trump. Following completion of her service at NOAA, she was designated as the 2017 Charles A. Lindbergh Chair of Aerospace History at the Smithsonian Institution’s National Air and Space Museum, and has also served as a Senior Fellow at the Potomac Institute for Policy Studies. 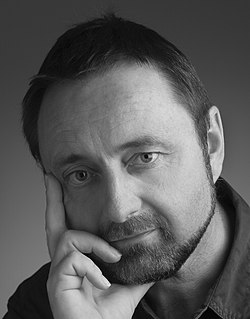 Alpheus Hyatt Verrill, known as Hyatt Verrill, was an American zoologist, explorer, inventor, illustrator and author. He was the son of Addison Emery Verrill, the first professor of zoology at Yale University.

Mark Shelley was the Senior Series Producer for National Geographic Television & Film. He is also the founder and the Executive Director of Sea Studios Foundation, a non-profit team of film-makers, environmentalists and scientists who create films that raise public awareness of major issues facing the planet. 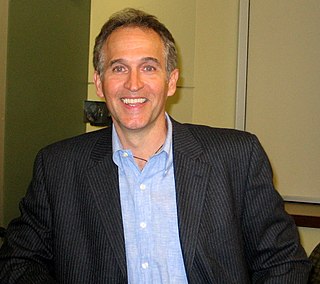 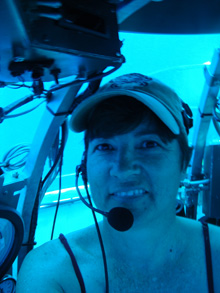 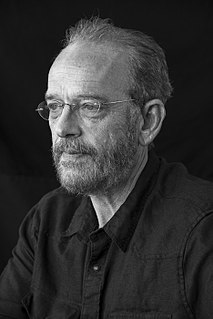 Gregory Schofield Stone is an ocean scientist, explorer, and marine conservationist. He has published research on marine mammals in Antarctica, on ice ecology, and on New Zealand's Hector's dolphin. Stone is also an undersea technology and exploration specialist, particularly in his use of deep-sea submersibles, and has produced a series of marine conservation films. 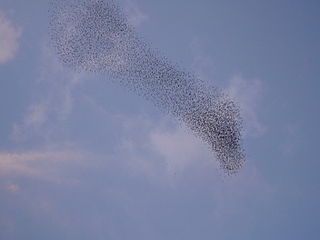 This is a collection of lists of organisms by their population. While most of the numbers are estimates, they have been made by the experts in their fields. Species population is a science falling under the purview of population ecology and biogeography. Individuals are counted by census, as carried out for the piping plover; using the transect method, as done for the mountain plover; and beginning in 2012 by satellite, with the emperor penguin being first subject counted in this manner. 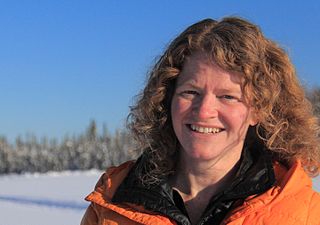 Erin Christine Pettit is an American glaciologist focusing on climate change. She is an associate professor of geophysics and glaciology at Oregon State University. Her work focuses on ice-ocean interactions, ice-shelf disintegration, sea-level rise and ocean circulation changes. 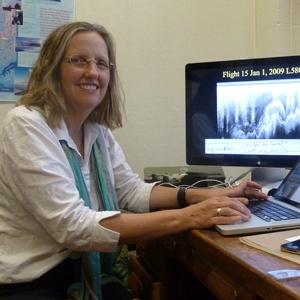 Robin Elizabeth Bell is a professor at Columbia University's Lamont-Doherty Earth Observatory and the current President of the American Geophysical Union (AGU). She was influential in co-ordinating the 2007 International Polar Year and was the first woman to chair the National Academy of Sciences Polar Research Board. She has made numerous important discoveries with regard to subglacial lakes and ice sheet dynamics, and has a ridge, called Bell Buttress, in Antarctica named after her.

Asha de Vos (Sinhala:ආශා ඩි වොස් is a Sri Lankan marine biologist, ocean educator and pioneer of blue whale research within the northern Indian Ocean. She is known for her Blue Whale Project. She is a Senior TED Fellow and was chosen for a BBC 100 Women award in 2018. She is a National Geographic 2016 Emerging Explorer Grantee.

Amazing planet is an educational children's show produced by National Geographic Kids Video, which ran from late 1996 to early 1997 on VHS.

Ayana Elizabeth Johnson is a marine biologist, policy expert, and conservation strategist. She is the founder and president of Ocean Collectiv, a consulting firm that helps find ocean "conservation solutions grounded in social justice", and the founder of Urban Ocean Lab, a think tank for climate change and ocean conservation policy in coastal cities.

Ella Al-Shamahi is an explorer, paleoanthropologist, evolutionary biologist and stand-up comic. She specialises in the study of Neanderthals. She is also the presenter and producer of BBC2's Neanderthals: Meet Your Ancestors. She is a Trustee of the International Association for the Study of Arabia. 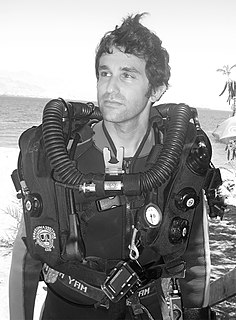 David Gruber is an American marine biologist, a Presidential Professor of Biology and Environmental Sciences at Baruch College, City University of New York, and a National Geographic Explorer. 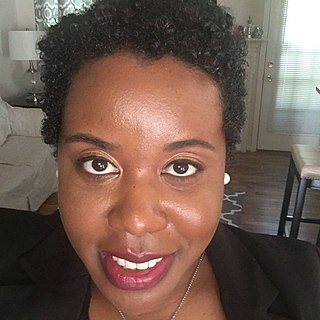 Lynnae C. Quick, Ph.D. is an American planetary geophysicist and Ocean Worlds Planetary Scientist at NASA Goddard Space Flight Center. Her research centers on theoretical modeling of cryovolcanic processes on the icy moons and dwarf planets in our solar system and modeling volcanic activity on Venus and the Moon. Quick is a member of the Dawn, Europa Clipper, and Dragonfly Mission science teams. She is also a member of the NASA Solar System Exploration Research Virtual Institute (SSERVI) Toolbox for Research and Exploration (TREX) team, and serves as co-chair of the Earth and Planetary Systems Sciences section of the National Society of Black Physicists.