Ties Theeuwkens (born 15 January 1985) is a Dutch retired basketball player. He was a member of the Dutch national basketball team, where he played a total of 55 games for his country. [1] 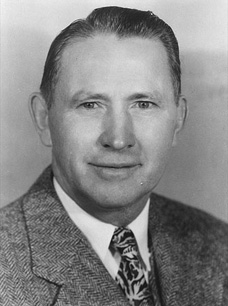 Forrest Clare "Phog" Allen was an American basketball coach. Known as the "Father of Basketball Coaching," he served as the head basketball coach at Baker University (1905–1908), the University of Kansas, Haskell Institute—now Haskell Indian Nations University (1908–1909), and Warrensburg Teachers College—now the University of Central Missouri (1912–1919), compiling a career college basketball record of 746–264. In his 39 seasons at the helm of the Kansas Jayhawks men's basketball program, his teams won 24 conference championships and three national titles. The Helms Athletic Foundation retroactively recognized Allen's 1921–22 and 1922–23 Kansas teams as national champions. Allen's 1951–52 squad won the 1952 NCAA Tournament and his Jayhawks were runners-up in the NCAA Tournament in 1940 and 1953. His 590 wins are the most of any coach in the history of the storied Kansas basketball program.

Remon van de Hare is a Dutch former professional basketball player. He is 7'3.25" (2.22 m) tall and played as center. He was picked in the second round of the 2003 NBA draft by the Toronto Raptors, but never played a game in the NBA. Van de Hare was also a member of the Dutch national basketball team in 2008. Van de Hare retired on December 31, 2009. 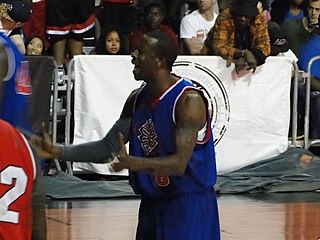 Kenneth Alexander Satterfield is an American professional basketball player, formerly in the National Basketball Association (NBA). He played for the Cincinnati Bearcats beginning in 1999. In 2001, after a successful sophomore season, he bolted for the NBA, being drafted 53rd overall by the Dallas Mavericks of the 2001 NBA draft. He played for the Denver Nuggets (2001–2002) and the Philadelphia 76ers. 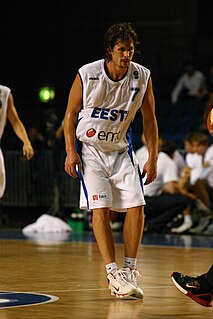 Valmo Kriisa is an Estonian former professional basketball player. He played at the point guard and shooting guard positions. Kriisa started his senior club career with "KK Tartu" team in 1990 and after 96–97 season he moved to "Nybit". He spent the 2000–01 season in Sweden with Södertälje BBK. Then Kriisa returned to Estonia, signed for two seasons with "BC Kalev" and won the Estonian Championship titles in 2002 and 2003. On seasons 2003–2006 he played for the Dutch Eredivisie team Hanzevast Capitals. During this period he won the Dutch Championship in 2004. After three seasons in The Netherlands, Kriisa came back to Estonia and joined BC Kalev/Cramo. He spent three seasons with Kalev winning one Estonian Championship. In 2007 he was named the Estonian Basketball Player of the Year. Kriisa spent the 2009-10 season with BC Rakvere Tarvas helping the team to the Estonian league finals for the first time. Though Tarvas lost to Tartu Ülikool/Rock, Kriisa was named the KML Most Valuable Player. In the 2010-11 season Kriisa played for TTÜ/Kalev. Since 1995, Kriisa is a member of the Estonia national basketball team and was also a member of the Estonian EuroBasket 2001 squad.

Aaron Rene Doornekamp is a Canadian-Dutch professional basketball player for Iberostar Tenerife of the Liga ACB. He was one of the greatest players in the history of the Carleton University Ravens men's college basketball team. Doornekamp is also a member of the senior Canadian men's national team. At a height of 2.01 m tall, he can play at both the small forward and power forward positions, with power forward being his main position.

Benjamin Abraham Braun is an American former men's college basketball coach and college basketball analyst. He served as the head men's basketball coach at Siena Heights University (1977–1985), Eastern Michigan University (1986–1996), the University of California, Berkeley (1996–2008), and Rice University (2008–2014), compiling a career coaching record of 615–517. He won the most games (185) of any head coach history of the Eastern Michigan Eagles men's basketball program and was named Mid-American Conference Coach of the Year three times. As the head coach of the California Golden Bears, he won the Pac-10 Coach of the Year and had a 202–138 record (.606). Braun currently is a studio and game basketball analyst for the Pac-12 Network.

Micheal Madanly, better known as Michel Madanly or just Micho, is a Syrian professional basketball player. Most known in his prime playing for Jalaa SC's basketball programme from 2004 to 2011, he also played in a number of Syrian and international basketball clubs in China, Philippines, Lebanon and the Netherlands and a regular feature for many years in the Syrian national basketball team. Madanly is perhaps best known as the leading scorer in the 2007 FIBA Asia Championship, averaging 33.1 points per game. 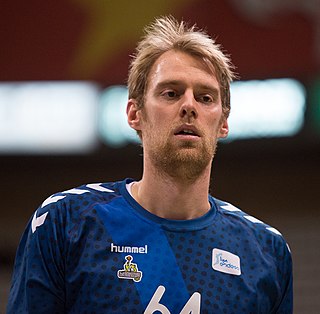 Henk Norel is a Dutch retired basketball player. He currently is a performance coach for the Heroes Den Bosch of the Dutch Basketball League (DBL). He was drafted with the 47th overall pick in the 2009 NBA draft by the Minnesota Timberwolves. He also appeared in 79 international games representing the Netherlands. 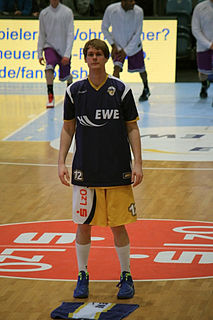 Robin Smeulders is a Dutch, Austrian, and German retired professional basketball player who played 9 seasons in the Basketball Bundesliga.

Feyenoord Basketball is a Dutch professional basketball club based in Rotterdam. The team plays in the BNXT League and plays its home games at the Topsportcentrum next to De Kuip in Rotterdam. Established in 1954, it became the basketball section of the football club Feyenoord in 2018. 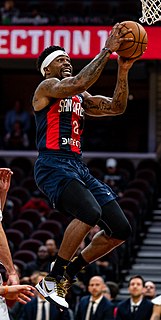 West-Brabant Giants was a Dutch professional basketball club based in Bergen op Zoom. The club was established in 2003 and dissolved in 2011. The team played its games at Sporthal de Boulevard and its main colors were red and white.

Leon Rodgers is an American-born Venezuelan retired basketball player. Standing at 6 ft 5.5 in (1.97 m), he played as small forward. Over his career, Rodgers played in the Netherlands, China, France, Germany, Puerto Rico, Philippines and Colombia. 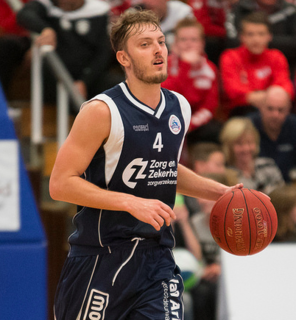 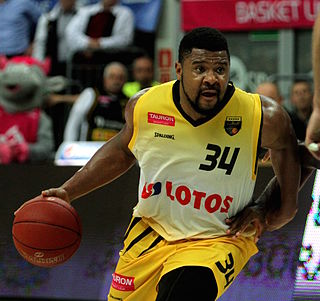 Darius Theus is an American former basketball player. He played collegiately for VCU. He played professionally in the Netherlands and Germany. 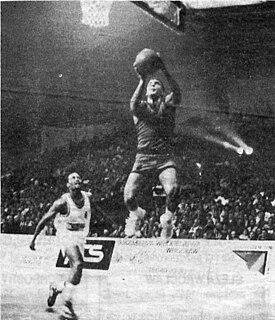 Keith David Williams, is an American former professional basketball player. He played college basketball at the University of North Carolina at Charlotte. At 6'0" tall, he played at the point guard position.