Tiffany Dodds (born (1986-01-21)21 January 1986) is a Canadian female volleyball player. She is a member of the Canada women's national volleyball team and played for Ageo Mdeicss in 2010. 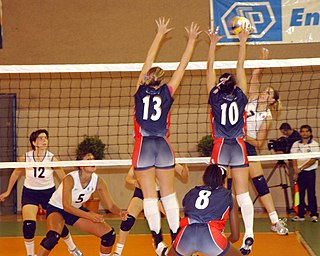 She was part of the Canadian national team at the 2010 FIVB Volleyball Women's World Championship. [1]