Tigas Alliance (pronounced "tee-gas") is a banner group of independent pharmacies in Malaysia. Tigas was formed in 2004, with 20 stores. In 2011, Tigas has grown to more than 70 stores in Malaysia. Tigas is situated in neighbourhood and suburb locations throughout the country. Each pharmacy is operated by qualified pharmacists who are available during pharmacy opening hours.

A neighbourhood, or neighborhood, is a geographically localised community within a larger city, town, suburb or rural area. Neighbourhoods are often social communities with considerable face-to-face interaction among members. Researchers have not agreed on an exact definition, but the following may serve as a starting point: "Neighbourhood is generally defined spatially as a specific geographic area and functionally as a set of social networks. Neighbourhoods, then, are the spatial units in which face-to-face social interactions occur—the personal settings and situations where residents seek to realise common values, socialise youth, and maintain effective social control."

Tigas stores are typically owner-operated by the pharmacists themselves, each focusing on pharmacy community services in and around their local neighbourhoods. 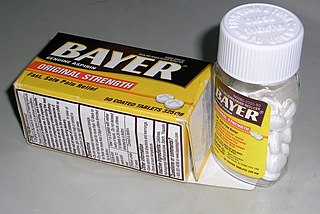 Fast-Moving Consumer Goods (FMCG) or Consumer Packaged Goods (CPG) are products that are sold quickly and at a relatively low cost. Examples include non-durable goods such as packaged foods, beverages, toiletries, over-the-counter drugs, and other consumables.

The name "Tigas" is derived from "Tiga" in the Malay language (Bahasa Malaysia), meaning "three", and "S" is the acronym for Supply-chain stakeholders, symbolic of the three links in the pharmacy supply-chain: better preventive health, connecting pharmacists to consumers and health solutions.[ citation needed ]

Malay is a major language of the Austronesian family spoken in Brunei, Indonesia, Malaysia, and Singapore. A language of the Malays, it is spoken by 290 million people across the Strait of Malacca, including the coasts of the Malay Peninsula of Malaysia and the eastern coast of Sumatra in Indonesia, and has been established as a native language of part of western coastal Sarawak and West Kalimantan in Borneo. It is also used as a trading language in the southern Philippines, including the southern parts of the Zamboanga Peninsula, the Sulu Archipelago, and the southern predominantly Muslim-inhabited municipalities of Bataraza and Balabac in Palawan.

The Tigas concept is no different from the banner pharmacy groups in existence in US, UK and Australia.[ citation needed ] Banner pharmacy groups refer to largescale alliances between independent pharmacies, coming together under an umbrella brand to take advantage of economies of scale in purchasing, coordinated promotions and cohesive marketing programmes.

A banner can be a flag or other piece of cloth bearing a symbol, logo, slogan or other message. A flag whose design is the same as the shield in a coat of arms is called a banner of arms. Also, a bar shape piece of non-cloth advertising material sporting a name, slogan, or other marketing message. 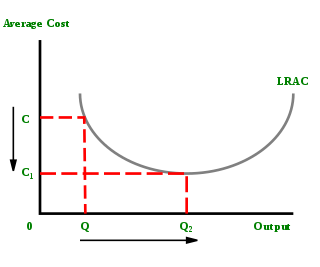 In microeconomics, economies of scale are the cost advantages that enterprises obtain due to their scale of operation, with cost per unit of output decreasing with increasing scale.

In marketing, promotion refers to any type of marketing communication used to inform or persuade target audiences of the relative merits of a product, service, brand or issue. The aim of promotion is to increase awareness, create interest, generate sales or create brand loyalty. It is one of the basic elements of the market mix, which includes the four P's ,i.e., Product, Price, Place, Promotion.

The Tigas marketing concept allows for its pharmacy members to enjoy a loyalty card program, together with increased patronage from consumers by acting as fulfilment points for wellness programs, drug dispensing programs and healthcare benefits programs.

Wellness is generally used to mean a state beyond absence of illness but rather aims to optimize well-being. It is often used as an umbrella term for pseudoscientific health interventions. 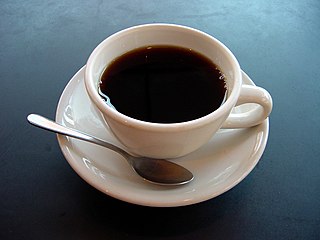 A drug is any substance that, when inhaled, injected, smoked, consumed, absorbed via a patch on the skin, or dissolved under the tongue causes a physiological change in the body.

Pharmacists, also known as chemists or druggists, are health professionals who practice in pharmacy, the field of health sciences focusing on safe and effective medication use. Pharmacists undergo university-level education to understand the biochemical mechanisms and actions of drugs, drug uses, therapeutic roles, side effects, potential drug interactions, and monitoring parameters. This is mated to anatomy, physiology, and pathophysiology. Pharmacists interpret and communicate this specialized knowledge to patients, physicians, and other health care providers.

Shoppers Drug Mart Corporation is a Canadian retail pharmacy chain based in Toronto, Ontario. It has more than 1,300 stores operating under the names Shoppers Drug Mart in nine provinces and two territories and Pharmaprix in Quebec. 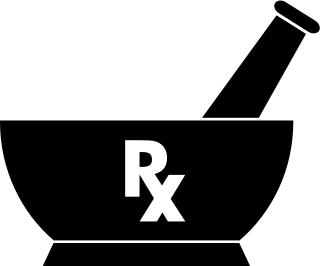 Pharmacy is the science and technique of preparing, dispensing, and review of drugs and providing additional clinical services. It is a health profession that links health sciences with pharmaceutical sciences and aims to ensure the safe, effective, and affordable use of drugs. The professional practice is becoming more clinically oriented as most of the drugs are now manufactured by pharmaceutical industries. Based on the setting, the pharmacy is classified as a community or institutional pharmacy. Providing direct patient care in the community of institutional pharmacies are considered clinical pharmacy.

CVS Pharmacy is a subsidiary of the American retail and health care company CVS Health, headquartered in Woonsocket, Rhode Island. It was also known as, and originally named, the Consumer Value Store and was founded in Lowell, Massachusetts, in 1963. The chain was owned by its original holding company Melville Corporation since its inception until its current parent company was spun off into its own company in 1996. CVS Pharmacy is currently the largest pharmacy chain in the United States by number of locations and total prescription revenue. Its parent company ranks as the 7th largest U.S. corporation by FY2017 revenues in the Fortune 500. The parent company of CVS Pharmacy's leading competitor ranked 19th for the same time period.

Walgreen Company or simply Walgreens is an American company that operates as the second-largest pharmacy store chain in the United States behind CVS Health. It specializes in filling prescriptions, health and wellness products, health information, and photo services. As of August 31, 2018, the company operated 9,560 stores in all 50 states, the District of Columbia and the US territories of Puerto Rico and the U.S. Virgin Islands. It was founded in Chicago, Illinois, in 1901. The Walgreens headquarters office is in the Chicago suburb of Deerfield, Illinois.

Alliance Boots GmbH was a multinational pharmacy-led health and beauty group with corporate headquarters in Bern, Switzerland and operational headquarters in Nottingham and Weybridge, United Kingdom.

Miracle Food Mart was a supermarket chain in Ontario, Canada, owned by Steinberg's, a Quebec-based retailer in the 1970s and 1980s.

The Katz Group of Companies is one of Canada's largest privately owned enterprises, with operations in sports and entertainment and real estate development. Oilers Entertainment Group (OEG), a subsidiary of the Katz Group, owns the National Hockey League five-time Stanley Cup Champion Edmonton Oilers, as well as professional hockey franchises in the American Hockey League, Western Hockey League, and ECHL, and Aquila Productions, one of Canada’s leading entertainment and event companies. OEG operates Rogers Place in downtown Edmonton. Katz Group is also involved in land assembly, site, and building development in Canada and the United States, including the design and development of Ice District, an area encompasses more than 25 acres anchored by Rogers Place. Katz Group is based in Edmonton, Alberta. Its founder and chairman is Daryl Katz.

CVS Health Corporation is an American retail pharmacy and health care company headquartered in Woonsocket, Rhode Island. Consumer Value Stores (CVS) began in 1963 with three partners, brothers Stanley and Sidney Goldstein and partner Ralph Hoagland, who grew the venture from a parent company, Mark Steven, Inc., that helped retailers manage their health and beauty aid product lines. The business began as a chain of health and beauty aid stores, but within several years, pharmacies were added. To facilitate growth and expansion, the company joined The Melville Corporation, which managed a string of retail businesses. Following a period of growth in the 1980s and 1990s, CVS Corporation spun off from Melville in 1996, becoming a standalone company trading on the New York Stock Exchange as CVS. 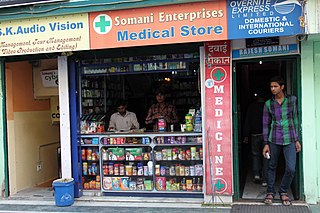 A pharmacy is a retail shop which provides prescription drugs, among other products. At the pharmacy, a pharmacist oversees the fulfillment of medical prescriptions and is available to give advice on their offerings of over-the-counter drugs. A typical pharmacy would be in the commercial area of a community.

Proxim is a Canadian group of pharmacists located in Quebec and to a lesser extent in Ontario and the Maritimes provinces. Proxim competes with Jean Coutu, Pharmaprix/Shoppers Drug Mart, Uniprix/Unipharm, Brunet and Familiprix. The average Proxim drug store is 4,000 square feet (370 m2), similar to typical size of a Brunet or Unipharm location.

Boots UK, trading as Boots, is a health and beauty retailer and pharmacy chain in the United Kingdom, Ireland, other territories. The parent company, The Boots Company Plc, merged with Alliance UniChem in 2006 to form Alliance Boots. In 2007, Alliance Boots was bought by Kohlberg Kravis Roberts and Stefano Pessina, taking the company private, and moving its headquarters to Switzerland, making it the first ever FTSE 100 company to be bought by a private equity firm. In 2012, Walgreens bought a 45% stake in Alliance Boots, with the option to buy the rest within three years. It exercised this option in 2014, and as a result Boots became a subsidiary of the new company, Walgreens Boots Alliance, on 31 December 2014.

Walgreens Boots Alliance, Inc. is an American holding company headquartered in Deerfield, Illinois, that owns Walgreens, Boots, and a number of pharmaceutical manufacturing, wholesale, and distribution companies. The company was formed on December 31, 2014, after Walgreens purchased the 55% stake in UK and Switzerland-based Alliance Boots that it did not already own. The total price of the acquisition was $4.9 billion in cash and 144.3 million common shares with fair value of $10.7 billion. Walgreens had previously purchased 45% of the company for $4.0 billion and 83.4 million common shares in August 2012 with an option to purchase the remaining shares within three years. Walgreens became a subsidiary of the newly created company after the transactions were completed.