Last updated March 07, 2019
For other ships with the same name, see List of ships named Tiger.

Tiger was launched at Maryland in 1773. She appears in England in 1776 without any sign that she was a prize. She was lengthened in 1779, which increased her burthen. Between 1785 and 1788 she made three voyages as a whaler. She then returned to trade and is last listed in 1796. 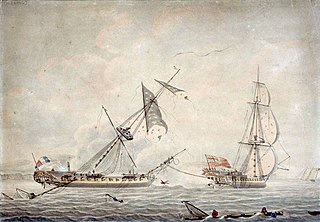 Prize is a term used in admiralty law to refer to equipment, vehicles, vessels, and cargo captured during armed conflict. The most common use of prize in this sense is the capture of an enemy ship and her cargo as a prize of war. In the past, the capturing force would commonly be allotted a share of the worth of the captured prize. Nations often granted letters of marque that would entitle private parties to capture enemy property, usually ships. Once the ship was secured on friendly territory, she would be made the subject of a prize case, an in rem proceeding in which the court determined the status of the condemned property and the manner in which the property was to be disposed of.

A whaler or whaling ship is a specialized ship, designed, or adapted, for whaling: the catching or processing of whales. The former includes the whale catcher – a steam or diesel-driven vessel with a harpoon gun mounted at its bow. The latter includes such vessels as the sail or steam-driven whaleship of the 16th to early 20th centuries and the floating factory or factory ship of the modern era. There have also been vessels which combined the two activities, such as the bottlenose whalers of the late 19th and early 20th century, and catcher/factory ships of the modern era.

Lloyd's Register Group Limited (LR) is a technical and business services organisation and a maritime classification society, wholly owned by the Lloyd’s Register Foundation, a UK charity dedicated to research and education in science and engineering. The organisation dates to 1760. Its stated aims are to enhance the safety of life, property, and the environment, by helping its clients to ensure the quality construction and operation of critical infrastructure.

Sperm oil is a waxy liquid obtained from sperm whales. It is a clear, yellowish liquid with a very faint odor. Sperm oil has a different composition from common whale oil, obtained from rendered blubber. Although it is traditionally called an "oil", it is technically a liquid wax. It is composed of wax esters with a small proportion of triglycerides, an ester of an unsaturated fatty acid and a branched-chain fatty alcohol. It is a natural antioxidant and heat-transfer agent. Through catalytic reaction, it carries phosphorus and sulfur derivatives providing anti-wear and friction modification. In the late 18th and early 19th centuries, sperm oil was prized as an illuminant for its bright, odorless flame and as a lubricant for its low viscosity and stability. It was supplanted in the late 19th century by less expensive alternatives such as kerosene and petroleum-based lubricants. With the 1987 international ban on whaling, sperm oil is no longer legally sold. 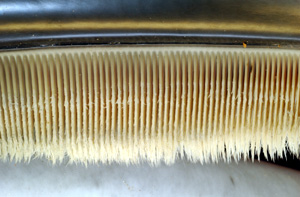 Baleen is a filter-feeder system inside the mouths of baleen whales. The baleen system works by a whale opening its mouth underwater and taking in water. The whale then pushes the water out, and animals such as krill are filtered by the baleen and remain as food source for the whale. Baleen is similar to bristles and consists of keratin, the same substance found in human fingernails and hair. Baleen is a skin derivative. Some whales, such as the bowhead whale, have longer baleen than others. Other whales, such as the gray whale, only use one side of their baleen. These baleen bristles are arranged in plates across the upper jaw of the whale.

Cyrus was a whaler launched at Salem in 1800. She performed one whaling voyage for French owners before a British letter of marque captured her in 1803. From 1804 on, she performed 17 whaling voyages for British owners in the almost half a century between 1804 and 1853. The first five were for Samuel Enderby & Sons. Between 1 August 1834 and 2 June 1848 her captain was Richard Spratly, namesake of Spratly Island and the group of islands and reefs known as the Spratly Islands. She apparently made one last voyage in 1854, but then no longer traded. She was last listed in Lloyd's Register in 1856.

The ship that became Mary Ann was built in 1772 in France and the British captured her c. 1778. Her name may have been Ariadne until 1786 when she started to engage in whaling. Next, as Mary Ann, she made one voyage transporting convicts to New South Wales from England. In 1794 the French captured her, but by 1797 she was back in her owners' hands. She then made a slave trading voyage. Next, she became a West Indiaman, trading between London or Liverpool to Demerara. It was on one of those voyages in November 1801 that a French privateer captured her.

The British Royal Navy purchased HMS Shark on the stocks in 1775. She was launched in 1776, and converted to a fireship and renamed HMS Salamander in 1778. The Navy sold her in 1783. She then became the mercantile Salamander. In the 1780s she was in the Greenland whale fisheries. In 1791 she transported convicts to Australia. She then became a whaling ship in the South Seas whale fisheries for a number of years, before becoming a general transport and then a slave ship. In 1804 the French captured her, but the Royal Navy recaptured her. She is last listed in 1811.

William and Ann was built at the King's Yard in 1759, and was a two-decker. She served whaler and convict ship. She was last listed in 1812.

Albion was a full rigged whaler built at Deptford, England, and launched in 1798. She made five whaling voyages to the seas around New South Wales and New Zealand. The government chartered her in 1803 to transport stores and cattle, to Risdon Cove on the River Derwent, Tasmania.

William was a merchant vessel built in France in 1770 or 1771. From 1791 she made numerous voyages as a whaler. She also made one voyage in 1793 transporting supplies from England to Australia. She then resumed whaling, continuing until 1809. 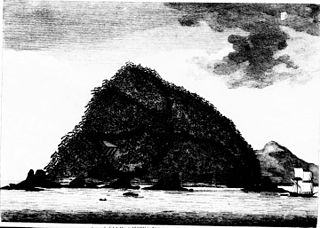 King George was a British merchant ship engaged in whaling and the maritime fur trade in the late 18th century. She was launched in 1785 and taken up by the King George's Sound Company. She sailed in 1785 on a voyage of exploration, together with the Queen Charlotte. The two vessels whaled in the South Seas and sought furs in the Pacific Northwest. They returned to England via Canton, where they picked up cargoes for the British East India Company (EIC). Their voyage accomplished a circumnavigation of the world. On her return new owners apparently sailed her between Britain and South Carolina. She is no longer listed after 1796.

Butterworth was launched in 1778 in France as the highly successful 32-gun privateer Américaine, of Granville. The British Royal Navy captured her early in 1781. She first appeared in a commercial role in 1784 as America, and was renamed in 1785 as Butterworth. She served primarily as a whaler in the Greenland whale fisheries. New owners purchased her in 1789. She underwent a great repair in 1791 that increased her size by almost 20%. She is most famous for her role in the "Butterworth Squadron", which took her and two ship's tenders on an exploration, sealing, otter fur, and whaling voyage to Alaska and the Pacific Coast of North America. She and her consorts are widely credited with being the first European vessels to enter, in 1794, what is now Honolulu harbour. After her return to England in 1795, Butterworth went on three more whaling voyages to the South Pacific, then Africa, and then the South Pacific again. In 1802 she was outward bound on her fourth of these voyage, this to the South Pacific, when she was lost.

Britannia was built in South Carolina in 1772. Prior to 1798, Britannia sailed between London and South Carolina, or simply served as a transport. In 1798 she changed ownership and began a sequence of whaling voyages. Between 1798 and 1807 she made a number of whaling voyages to the South Seas whale fishery, and the coast of South Africa. On one of those voyages a French privateer captured her, but Britannia was recaptured almost immediately. Between 1808 and 1816, the last year in which she is listed, she returned to operating as a London-based transport.

Canada was launched at King's Yard in 1782 as Adriatic. John St Barbe, her owner, renamed her Canada c.1786. She made three seal hunting and whaling voyages between 1791 and 1799 under that name, and was lost at South Georgia in 1800 on her fourth.

Rockingham was launched in America in 1767 as Almsbury. By 1768 Samuel Enderby & Sons were her owners and her name was Rockingham. From 1775 Enderbys were using her as a whaler, and she made eight whaling voyages for them under that name. In 1782 Enderbys renamed her Swift, and as Swift she then performed ten whaling voyages on the Brazil Banks and off Africa until through 1793. She was still listed in Lloyd's Register as whaling until 1795.

Eliza was launched in 1789 in New Brunswick. Between 1791 and 1800 she made six voyages as a whaler. She next made one voyage as a slave ship. She then disappears from online resources.

British Tar was launched at Shields in 1792 and made five voyages as a whaler and several as a West Indiaman. She then became a general trader. She was lost on 29 January 1818.

Lord Hawkesbury was launched in America in 1781, probably under another name. She entered Lloyd's Register in 1787. She made six voyages as a whaler and was lost on the seventh after a squadron of French naval vessels had captured her.

Renown was launched in 1794 at New Bedford, Massachusetts. She made four voyages from Nantucket as a whaler. In 1813, while she was on her fifth American whaling voyage, she became the first American whaler that British whalers captured in the South Seas. She was sold in London and under the name Adam became first a London-based transport and then a British Southern Whale Fishery whaler. She made four whaling voyages and was wrecked in 1825 at the outset of her fifth British whaling voyage.

Charlton, was built in America. She first appeared in British-origin online records in 1803. She made three complete voyages as a whaler. She was on her fourth voyage when the U.S. Navy captured her. After her captors released her she returned to England and then disappears from easily accessible online records.

Hercules was launched at Georgia in 1771. She appeared in Lloyd's Register in 1778 and became a West Indiaman. Between 1792 and 1796 she made three voyages as a whaler in the Southern Whale Fishery. In 1797 the French captured Hercules as she was on her fourth voyage.

Otter was launched in America in 1799. She appeared in the Register of Shipping in 1809, after she had already made the first of three voyages as a whaler. She then started trading with the Mediterranean where the French captured her in 1813.