Tiger moth may refer to: 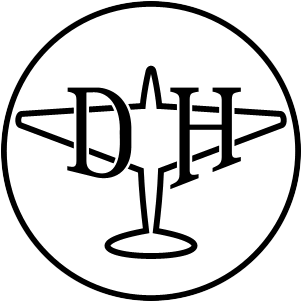 The de Havilland Aircraft Company Limited was a British aviation manufacturer established in late 1920 by Geoffrey de Havilland at Stag Lane Aerodrome Edgware on the outskirts of north London. Operations were later moved to Hatfield in Hertfordshire.

The Thruxton Jackaroo was a 1950s British four-seat cabin biplane converted from a de Havilland Tiger Moth by Jackaroo Aircraft Limited at Thruxton Aerodrome and Rollason Aircraft and Engines Limited at Croydon Airport. 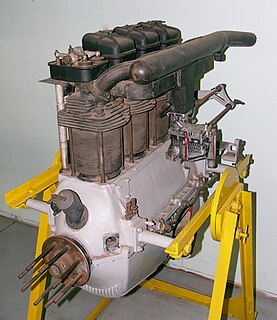 The de Havilland Gipsy is a British air-cooled four-cylinder in-line aircraft engine designed by Frank Halford in 1927 to replace the ADC Cirrus in the de Havilland DH.60 Moth light biplane. Initially developed as an upright 5 litre capacity engine, later versions were designed to run inverted with increased capacity and power.

The Blackburn B-2 was a British biplane side-by-side trainer aircraft of the 1930s. Designed and built by Blackburn Aircraft, 42 were built. 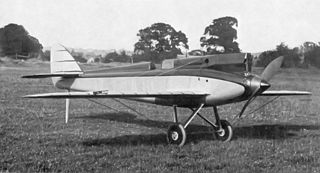 The de Havilland DH.71 Tiger Moth was a British single-seat monoplane, designed to research high-speed flight and to test replacement engines for the Cirrus. Only two were built.

The ADC Cirrus is a series of British aero engines manufactured using surplus Renault parts by the Aircraft Disposal Company (ADC) in the 1920s.

The Koolhoven F.K.46 was a 1930s Dutch training biplane designed and built by Koolhoven. 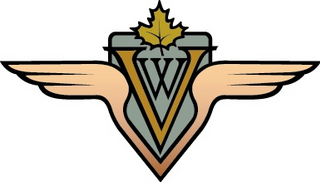 Vintage Wings of Canada is a not for profit, charitable organization, with a collection of historically significant aircraft. The facility is located at the Gatineau-Ottawa Executive Airport, Quebec, Canada. It was founded by former Cognos CEO and philanthropist Michael U. Potter. Most aircraft in the collection are in flying condition, or being restored to flying condition and are frequently flown.

Fisher Flying Products is a Canadian aircraft manufacturer that produces kits for a wide line of light aircraft. The company's kits all feature wooden construction with aircraft fabric covering. Many of the designs are reproductions of classic aircraft, such as the company's 80% Fisher R-80 Tiger Moth that is based upon the de Havilland Tiger Moth.

The Fisher R-80 Tiger Moth is a Canadian two-seat, conventional landing gear, single engined, biplane kit aircraft designed for construction by amateur builders. The designation indicates that the aircraft is 80% the size of the aircraft that inspired it, the de Havilland Tiger Moth. Fisher Flying Products was originally based in Edgeley, North Dakota, USA but the company is now located in Woodbridge, Ontario, Canada.