Tom Reynolds (born 1960 in Wisconsin) is an American author and television producer. [1] He wrote the popular books I Hate Myself and Want to Die and Touch Me, I'm Sick. He also wrote Wild Ride: How Outlaw Motorcycle Myth Conquered America. This book was based on his 1999 documentary. He currently lives in Nacogdoches, Texas, where he teaches Speech and English at Stephen F. Austin State University. [2]

He wrote the popular books I Hate Myself and Want to Die and Touch Me, I'm Sick. He also wrote Wild ride: how outlaw motorcycle myth conquered America.

In 1996, he transitioned into television, writing and producing over 90 hours of TV programming, including documentaries and non-fiction specials for A&E, Dick Wolf Productions, Travel Channel, E! Entertainment, and Warner Brothers Television. [3] He produced several television programs including documentaries including The Wild Ride of Outlaw Bikers (1999). He was also a writer on Illuminating Angels & Demons (2005). [4]

Leaves of Grass is a poetry collection by American poet Walt Whitman. Though it was first published in 1855, Whitman spent most of his professional life writing and rewriting Leaves of Grass, revising it multiple times until his death. There have been held to be either six or nine individual editions of Leaves of Grass, the count varying depending on how they are distinguished. This resulted in vastly different editions over four decades—the first edition being a small book of twelve poems, and the last, a compilation of over 400. 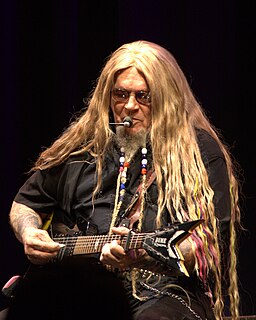 David Allan Coe is an American singer and songwriter. Coe took up music after spending much of his early life in reform schools and prisons, and first became notable for busking in Nashville. He initially played mostly in the blues style, before transitioning to country music, becoming a major part of the 1970s outlaw country scene. His biggest hits were "You Never Even Called Me by My Name", "Longhaired Redneck", "The Ride", "Mona Lisa Lost Her Smile", and "She Used to Love Me a Lot". 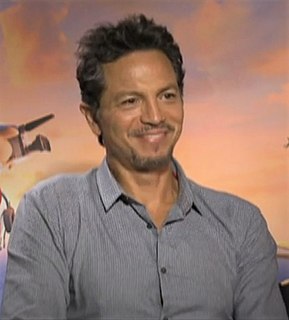 Benjamin Bratt is an American actor and producer who has worked in film and on television. Bratt had supporting roles in the 1990s in such box office hits as Demolition Man (1993), Clear and Present Danger (1994), and The River Wild (1994). From 1995 to 1999, he starred as New York City Police Department (NYPD) Detective Rey Curtis on the NBC drama series Law & Order.

John Frederick Milius is an American screenwriter, film director, and producer. He was a writer for the first two Dirty Harry films, received an Academy Award nomination as screenwriter of Apocalypse Now, and wrote and directed The Wind and the Lion, Conan the Barbarian, and Red Dawn. He later served as the co-creator of the Primetime Emmy Award-winning HBO series Rome.

Terry Jones' Medieval Lives is a 2004 television documentary series produced for the BBC. Written and hosted by Terry Jones, each half-hour episode examines a particular Medieval personality, with the intent of separating myth from reality. 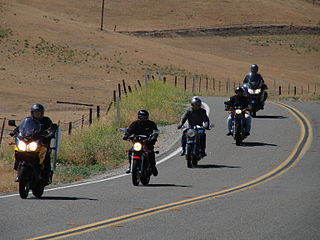 A motorcycle club is a group of individuals whose primary interest and activities involve motorcycles. A motorcycle group can range as clubbed groups of different bikes or bikers who own same model of vehicle like the Harley Owners Group. 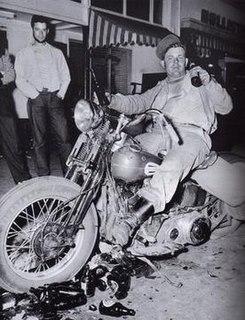 The Hollister riot, also known as the Hollister Invasion, was an event that occurred at the American Motorcyclist Association (AMA)-sanctioned Gypsy Tour motorcycle rally in Hollister, California from July 3 to 6, 1947.

David Mann was a California graphic artist whose paintings celebrated biker culture, and choppers. Called "the biker world's artist-in-residence," his images are ubiquitous in biker clubhouses and garages, on motorcycle gas tanks, tattoos, and on T-shirts and other memorabilia associated with biker culture. Choppers have been built based on the bikes first imagined in a David Mann painting. 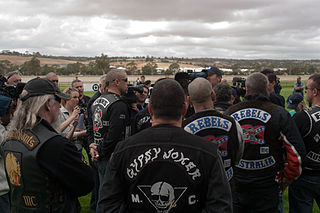 An outlaw motorcycle club is a motorcycle subculture. It is generally centered on the use of cruiser motorcycles, particularly Harley-Davidsons and choppers, and a set of ideals that purport to celebrate freedom, nonconformity to mainstream culture, and loyalty to the biker group.

Clinton Kelly is an American TV personality, author, and lifestyle consultant. He won an Emmy for his role as the moderator on the popular ABC daytime show The Chew. The Chew was nominated for multiple Emmys and ran for seven seasons. He is also known for his role as co-host on the prime time reality show What Not to Wear, TLC's long-running reality program that featured fashion makeovers, for over 10 seasons. Kelly is currently a contributing columnist to Woman's Day magazine offering style advice. He has published several bestselling books, including his most recent, I Hate Everyone, Except You - a humorous and candid collection of essays. Kelly started his career as a freelance writer for several fashion magazines and was an editor for Marie Claire and Mademoiselle.

Julian Sher is a Canadian investigative journalist, filmmaker, author and newsroom trainer based in Montreal, Quebec. He was an investigative producer for ten years then a senior producer for five years with the CBC's The Fifth Estate. He has written extensively about outlaw motorcycle gangs, child abuse and the justice system. 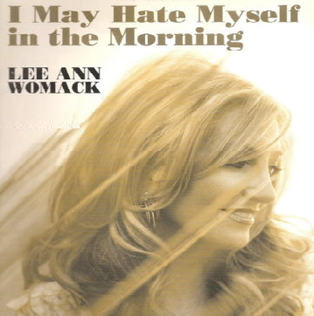 "I May Hate Myself in the Morning" is a song written by Odie Blackmon, and recorded by American country music artist Lee Ann Womack. It was released in October 2004 as the lead-off single from her album There's More Where That Came From. The song was a Top 10 hit on both the U.S. and Canadian country charts.

Brock O'Hurn, is an American model, actor, fitness trainer, and producer. He gained recognition through his Instagram account for popularizing the man bun. He has also founded two companies, O'Hurn Media Inc. and Outlaw Logic Pictures (2021).