Thomas Russell (born 1929) was a Canadian ice hockey player with the Sudbury Wolves. He won a silver medal at the 1949 World Ice Hockey Championships in Stockholm, Sweden. He also played with the Ayr Raiders in Scotland. [1]

Miracle is a 2004 American sports film about the United States men's ice hockey team, led by head coach Herb Brooks, portrayed by Kurt Russell, who won the gold medal in the 1980 Winter Olympics. The American team's victory over the heavily favored Soviet professionals in the medal round was dubbed the "Miracle on Ice". Miracle was directed by Gavin O'Connor and written by Eric Guggenheim and Mike Rich. It was released on February 20, 2004, where it grossed $64.5 million on a $28 million budget and received positive reviews, with Russell's performance garnering the most praise from critics. 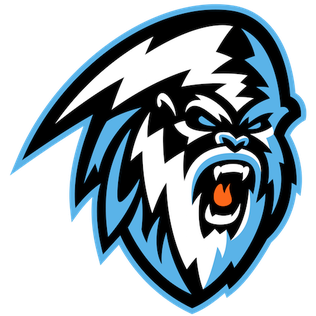 The Kootenay Ice were a major junior ice hockey team based in Cranbrook, British Columbia, and competed in the Western Hockey League (WHL). The team played its home games at Western Financial Place. The franchise was owned by the Chynoweth family from 1995 until it was sold to Winnipeg-based company 50 Below Sports and Entertainment in 2017. The Ice moved to Winnipeg in 2019 and now play as the Winnipeg Ice. 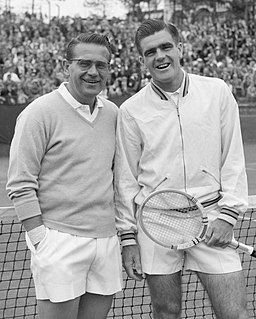 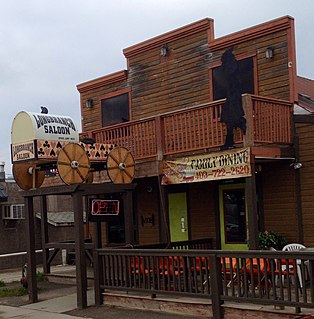 Caroline is a village in central Alberta, Canada. It is located southwest of Red Deer.

Phillip Douglas Russell is a Canadian former professional ice hockey defenceman who played over one thousand games in the National Hockey League. Russell had a reputation as a bruising, physical player and retired with over 2000 penalty minutes to go along with 424 career points. He played for the Chicago Black Hawks, Atlanta/Calgary Flames, New Jersey Devils and Buffalo Sabres, and retired in 1988. He was most recently an assistant coach with the Springfield Falcons of the American Hockey League. Russell was born in Edmonton, Alberta.

Robert Russell is a Canadian former professional ice hockey player. He was born in Toronto, Ontario. As a youth, he played in the 1967 Quebec International Pee-Wee Hockey Tournament with the Toronto Faustina minor ice hockey team. He is an alumnus of the Sudbury Wolves and was a member of their first ever Ontario Hockey League team in 1972. Russell was selected in the 6th Round, 105th overall in the 1975 NHL Amateur Draft by the Los Angeles Kings. He was also drafted in the 9th Round, 117th overall in the 1975 WHA Amateur Draft by the Edmonton Oilers. He played two seasons in the World Hockey Association with the Edmonton Oilers. He is the current president of the Greater Metro Junior A Hockey League.

Kris Russell is a Canadian professional ice hockey defenceman for the Edmonton Oilers of the National Hockey League (NHL). He was originally drafted in the third round, 67th overall, by the Columbus Blue Jackets in the 2005 NHL Entry Draft and played four seasons with the team before moving on to the St. Louis Blues, Calgary Flames and Dallas Stars. He has also played for TPS and Oulun Kärpät in the Finnish Liiga.

Russell Vincent "Russ" Anderson is an American former professional ice hockey defenseman who played 519 games in the National Hockey League between 1976 and 1985. Anderson was a member of the United States National team at the 1977 Ice Hockey World Championships.

Russell John Fitzgerald is a former professional ice hockey center. He was drafted in the second round, 38th overall, by the Pittsburgh Penguins in the 1991 NHL Entry Draft.

Churchill Davidson Russell was a Canadian professional ice hockey player. Russell played in the National Hockey League (NHL) for the New York Rangers. Over the course of his career, he played over 300 pro games, with 74 goals, 101 assists, 175 points.

The Michigan Wolverines men's ice hockey team is the college ice hockey team that represents the University of Michigan in Ann Arbor, Michigan. Earning varsity status in 1922, the program has competed in 99 seasons. Between 1959 and 1981, the team competed in the Western Collegiate Hockey Association (WCHA) before joining the Central Collegiate Hockey Association (CCHA) until the 2012–13 season. Since the 2013–14 season, the Wolverines have competed in the Big Ten, which began sponsoring hockey. From 1991 to 2012, the team played in 22 consecutive NCAA Men's Division I Ice Hockey Tournaments; an NCAA record. The Wolverines have won an NCAA-record nine Division I NCAA Men's Ice Hockey Championships, seven of which came during a 17-year stretch between 1948 and 1964. Two more championships were won under head coach Red Berenson in 1996 and 1998. 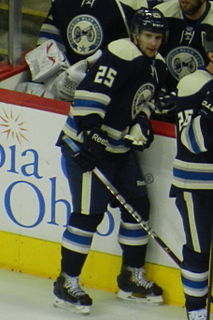 Ryan Russell is a Canadian former professional ice hockey forward. He played in the National Hockey League (NHL) with the Columbus Blue Jackets. Russell has a twin brother, Kris who is currently playing for the Edmonton Oilers.

The Princeton Tigers men's ice hockey team is a National Collegiate Athletic Association (NCAA) Division I college ice hockey program that represents Princeton University. The Tigers are a member of ECAC Hockey. They play at the Hobey Baker Memorial Rink in Princeton, New Jersey. In 1999, future NHL player Jeff Halpern scored 22 goals to tie for the most goals in the ECAC and was co-winner of Princeton's Roper Trophy for athletic and academic achievement. In 2010–11, Andrew Calof was ECAC Rookie of the Year. 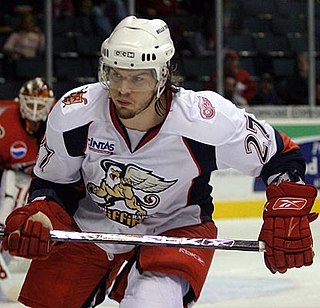 Adam Keefe is a Canadian former professional ice hockey forward who last played for, and captained, the Belfast Giants of the Elite Ice Hockey League (EIHL). Keefe announced his intention to retire from playing in 2017 and take up the position as Belfast Giants head coach, replacing Derrick Walser.

EHC Freiburg, is a professional ice hockey team based in Freiburg im Breisgau, Germany. They play in the DEL 2, the second-highest level of ice hockey in Germany.

Russell Anderson Jones was an Australian ice hockey player. Jones was a member of the Australian national team during the 1960 Winter Olympics and also competed in the 1962 World Ice Hockey Championships.

Peter Russell is a British ice hockey coach and former goaltender. He is currently the head coach of Ravensburg Towerstars of the DEL2 and the Great Britain men's national ice hockey team. He is the most successful coach in GB history at both senior and junior level, with 11 medals including six gold medals. 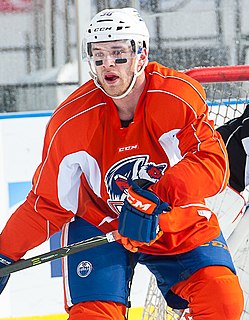 Patrick Russell is a Danish professional ice hockey forward. He is currently playing with Linköping HC of the Swedish Hockey League (SHL). He has previously played with the Edmonton Oilers of the National Hockey League (NHL).