Pedro Armendáriz was a Mexican film actor who made films in both Mexico and the United States. With Dolores del Río and María Félix, he was one of the best-known Latin American movie stars of the 1940s and 1950s.

Habib Benglia (1895–1960) was an Algerian-born film actor who settled in France. He was usually cast in "exotic" roles in films such as African tribal chiefs.

Jacques Berthier (1916–2008) was a French actor. He also produced and directed two films.

TamLin is a character in a legendary ballad originating from the Scottish Borders. It is also associated with a reel of the same name, also known as the Glasgow Reel. The story revolves around the rescue of Tam Lin by his true love from the Queen of the Fairies. The motive of capturing a person by holding him through all forms of transformation is found throughout Europe in folktales.

Patrick Tam Kar Ming is a Hong Kong film director and film editor. He is known as the mentor of Wong Kar-wai.

Mayumba is a town of about 2,500 people on the Atlantic Ocean coast of Gabon, at the end of the N6 road, lying on a peninsula separated from the mainland by the Banio Lagoon.

Tim Tam was an American thoroughbred racehorse. He won the 1958 Kentucky Derby.

Tam-Lin, also known as The Ballad of Tam-Lin, The Devil's Widow and The Devil's Woman, is a 1970 British film made by Commonwealth United Entertainment, Winkast Film Productions Ltd. and distributed by American International Pictures (AIP). It was directed by Roddy McDowall and produced by Alan Ladd, Jr. and Stanley Mann, from a screenplay by William Spier based on the traditional Scottish poem The Ballad of Tam Lin. The film had original music by Stanley Myers and a musical version of the original poem recorded by the British folk rock band Pentangle, and was photographed by Billy Williams. It was the only film directed by McDowall. 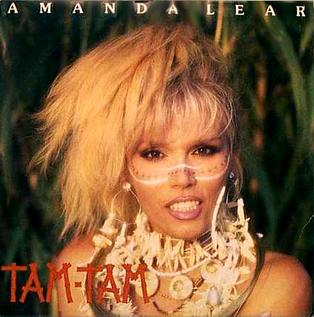 Mayumba National Park is a national park in southwestern Gabon. It is a thin tongue of beach, dunes, savanna, and rain-forest in the extreme south of the country, between Mayumba and the Congo border. Mayumba National Park shelters 60 km of the most important leatherback turtle nesting beaches on Earth and is home to unique coastal vegetation and a variety of terrestrial animals, including forest elephants, buffaloes, leopards, gorillas, chimpanzees, antelopes, crocodiles, hippos, and several species of monkeys. It also stretches for 15 km out to sea, protecting important marine habitats for dolphins, sharks, and migrating humpback whales. It is Gabon's only primarily marine park. 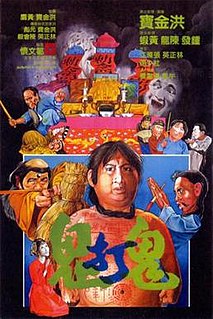 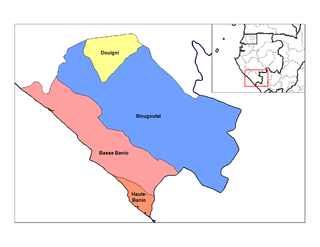 Basse-Banio is a department of Nyanga Province in southern Gabon. The capital lies at Mayumba.

The N6 road is one of the national highways of Gabon. It connects the far south-west of the country at Mayumba to the centre at Lastoursville. 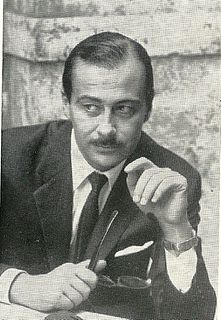 Daniele D'Anza (1922–1984) was an Italian director, playwright and screenwriter.

Louis Chavance (1907–1979) was a French screenwriter. He also worked occasionally as a film editor and assistant director. He is best known for his screenplay for Le Corbeau which he first wrote in 1933 although the film was not made for another decade.

Kerima was an actress best known for her role in Outcast of the Islands. Although commonly believed to be Algerian as she was portrayed when she gained fame as an actress, she is actually French.

Mayumba Airport is an airport serving the town of Mayumba in the Nyanga Province of Gabon. The runway is 3 kilometres (1.9 mi) southeast of the town.

"Bum Bum Tam Tam" is a song recorded by Brazilian singer and producer MC Fioti. A music video was released on 8 March 2017. The song samples Johann Sebastian Bach's Partita in A minor for solo flute.

Tom Ballard was a British rock climber and alpinist, best known for being the first mountaineer to climb the six major alpine north faces solo in a single winter season. In February 2019, Ballard disappeared during bad weather on an expedition to Nanga Parbat, Pakistan. His body was discovered on the mountain's Mummery Spur on 9 March 2019.