Tommaso Pincio is the pseudonym of Marco Colapietro (born May 1, 1963), an Italian author of five novels, including Love-shaped story.

"Tommaso Pincio" is obviously an Italian rendering of Thomas Pynchon's name but this is not the sole reference for the pseudonym. "Pincio" is a hill in the center of Rome whose name comes from one of the families that occupied it in the 4th century AD, the Pincii. He claimed that he chose "Tommaso Pincio" as pseudonym just because it comes from his fiction (Tommaso Pincio is a minor character of his first novel);[ citation needed ] also, he claimed that the name "evokes a place (...). I stole its name because I love the sound of it". [1]

Even if he is not as extremely reclusive as his American namesake, very few things are known about Tommaso Pincio as a person. He was born in Rome sometime in the mid-1960s (an interview published in March 2008 describes him as a "forty-year-old Roman novelist") [1] and graduated in Visual Arts. Apparently, he wanted to become a painter but dropped that ambition quite soon. During the 1980s he was an assistant of various artists while also working as a cartoonist. In 1991, he moved to New York City where he lived for some years. Going back to Italy, he became the director of a very well known and respected contemporary art gallery. He likely started to think about writing novels during his stay in the United States, getting in touch with the works of Thomas Pynchon, Don DeLillo, and Philip K. Dick who influenced him very strongly. His first novel, M., was published in 1999.

At present, Tommaso Pincio is based in Rome and Bangkok. He contributes for the Italian edition of Rolling Stone and several leading newspapers including La Repubblica . 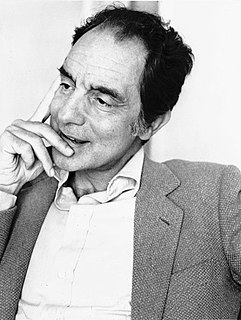 Italo Calvino was an Italian journalist and writer of short stories and novels. His best known works include the Our Ancestors trilogy (1952–1959), the Cosmicomics collection of short stories (1965), and the novels Invisible Cities (1972) and If on a winter's night a traveler (1979).

Luigi Einaudi, was an Italian politician and economist. He served as the second President of Italy from 1948 to 1955. 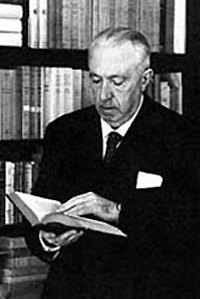 Carlo Emilio Gadda was an Italian writer and poet. He belongs to the tradition of the language innovators, writers that played with the somewhat stiff standard pre-war Italian language, and added elements of dialects, technical jargon and wordplay. 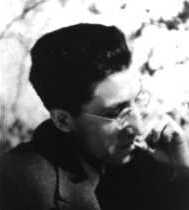 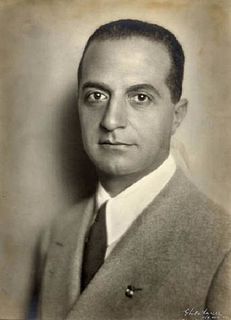 Giuseppe Bottai was an Italian journalist, and member of the National Fascist Party of Benito Mussolini.

Niccolò Ammaniti is an Italian writer, winner of the Premio Strega in 2007 for As God Commands.

Giulio Einaudi was an Italian book publisher. The eponymous company that he founded in 1933 became "a European wellspring of fine literature, intellectual thought and political theory" and was once considered the most prestigious publishing house in Italy. He was also the author of books on literature, history, philosophy, art and science.

Franco Lucentini was an Italian writer, journalist, translator and editor of anthologies.

Gianni Celati is an Italian writer, translator and literary critic.

Filippo Scòzzari, is an Italian comics artist, painter and writer, one of the main figures of the 1970s underground art movement. Known for his first comic at Mondadori's Il Mago under the pen name Winslow Leech, he worked for Re Nudo and Il Mago, Radio Alice of Bologna, Cannibale, Il Male, Frigidaire, Blue, Panorama, TV Sorrisi e Canzoni and Glamour International.

Francesco Poli is an Italian art critic and curator. He teaches History of Contemporary Art at the Academy of Fine Arts of Brera. He is also "chargé de cours" at University of Paris 8 and teaches Art and Communication at the University of Turin.

Scipio Slataper was an Italian writer, most famous for his lyrical essay My Karst. He is considered, alongside Italo Svevo, as the initiator of the prolific tradition of Italian literature in Trieste.

Andrea Bajani is an Italian novelist, poet, and journalist. After his debut with Cordiali saluti, it was Se consideri le colpe which brought him a great deal of attention. Antonio Tabucchi wrote about his debut novel, "I read this book with an excitement that Italian literature hasn't made me feel in ages." The book won the Super Mondello Prize, the Brancati Prize, the Recanati Prize and the Lo Straniero Prize. 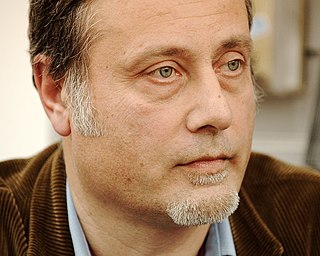 Massimo Carlotto is an Italian writer and playwright.

Anne Milano Appel is an American translator of Italian literature. She obtained a doctorate in Romance languages from Rutgers University in 1970. She has translated, among others, works by Claudio Magris, Paolo Giordano, Giovanni Arpino and Goliarda Sapienza. She was awarded the John Florio Prize in 2012 for her translation of Arpino's Scent of a Woman. She is also working on English translations of Giordano’s Like Family, Syrian Dust by Francesca Borri and Don't Tell Me You're Afraid by Giuseppe Catozzella.

Antonello Silverini is an Italian illustrator. He is the first illustrator awarded the prize MAM. He has collaborated with Il Sole 24 Ore, la Repubblica, Panorama, l'Espresso, and The Boston Globe, and has designed book covers for several novels including those of Ian McEwan for Einaudi and Philip K. Dick for Fanucci.

Maurizio de Giovanni is an Italian author of mystery novels.

Eugenia Romanelli is an Italian author and journalist.

Giorgio Ficara is an Italian essayist and literary critic. He is Full Professor of Italian Literature at the University of Turin.