Born in San Antonio Texas, Coates was the 1951 Langhorne NASCAR sportsman champion on the 1/4 mile Yellow Jacket Circuit. He competed in stock car races in 1940 and 1941. Coatesjoined the American Stock Car Racing Association (ASCRA) in 1947, becoming secretary of the organization in 1950.

The National Association for Stock Car Auto Racing (NASCAR) is an American auto racing sanctioning and operating company that is best known for stock car racing. The privately owned company was founded by Bill France Sr. in 1948, and his son, Jim France, has been the CEO since August 6, 2018. The company is headquartered in Daytona Beach, Florida. Each year, NASCAR sanctions over 1,500 races at over 100 tracks in 48 US states as well as in Canada, Mexico, and Europe. 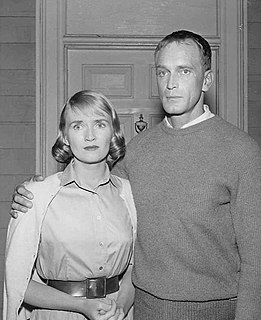 "The Monsters Are Due on Maple Street" is episode 22 in the first season of the American television anthology series The Twilight Zone. The episode was written by Rod Serling, the creator-narrator of the series. It originally aired on March 4, 1960 on CBS. In 2009, TIME named it one of the ten best Twilight Zone episodes.

A knock-down kit is a collection of parts required to assemble a product. The parts are typically manufactured in one country or region, then exported to another country or region for final assembly.

Tommy Ellis is an American former stock car racing driver who competed in the 1970s and 1980s. Often referred to as "Terrible" Tommy Ellis for his rough tactics, he won the last national late model sportsman championship in 1981, the final year before the format changed from "points chasing" late model sportsman racing at various short tracks across the country to the current touring format, currently known as the Xfinity Series, the next year. He won the successor series in 1988.

Illinois State Fairgrounds Racetrack is a one mile long clay oval motor racetrack on the Illinois State Fairgrounds in Springfield, the state capital. Constructed in the late 19th century and reconstructed in 1927, the "Springfield Mile" as it is known has hosted competitive auto racing since 1910, making it one of the oldest speedways in the United States. It is the oldest track to continually host national championship dirt track racing, holding its first national championship race in 1934 under the American Automobile Association banner. It is the home of five world records for automobile racing, making it one of the fastest dirt tracks in the world. Since 1993, the venue is managed by Bob Sargent's Track Enterprises.

Williams Grove Speedway is a half-mile automobile dirt racing track located in Mechanicsburg, Pennsylvania, USA. The speedway opened on May 21, 1939, and has hosted many of the most notable national touring series and some of those most prestigious races in the country. The speedway is entering its 77th year of operation, with racing every Friday from March to October and other special events. One of these special events is the $56,000 to win National Open for sprint cars sanctioned by the World of Outlaws racing series held in October. 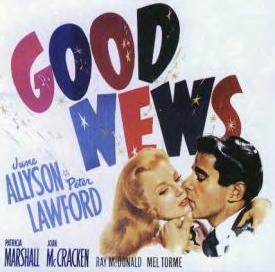 The American Stock Car Racing Association (ASCRA) was formed in Trenton, New Jersey in August/September 1947 by the owners and drivers of stock cars for the betterment of the sport. The officers for the first season were Leon McBride President, Paul Barbiche First Vice President, Charles DiNatale Second Vice President, Rocky DiNatale Treasurer, and William Streeter Secretary. The first event was Sunday October 5 at Flemington Fairgrounds, New Jersey. The winner of the darkness shortened feature was Tommy Bradshaw of Trenton, New Jersey. 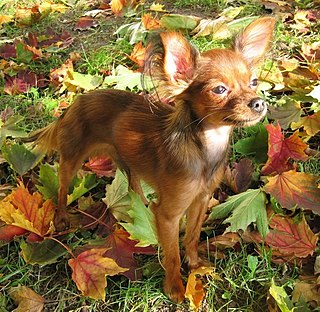 The Russian Toy is a very small breed of dog originally bred in Russia from the English Toy Terrier. There are two types of coats in the breed: smooth coat and long coat. The smooth-coated variety was previously known as the Russian Toy Terrier and long-coated as the Moscow Long-Haired Toy Terrier. Both were brought together under the same Russian Toy Terrier name in 1988 and the "Terrier" was dropped from the name when the breed was added in 2006 to the official list of breeds registered with the Fédération Cynologique Internationale and has been registered in the Foundation Stock Service of the American Kennel Club since 2008, allowed to compete in AKC companion events since 2010. The first official breed standard of the two varieties was written in 1966 in Russia.

The AAA Contest Board was the motorsports arm of the American Automobile Association. The contest board sanctioned automobile races from 1904 until 1955, establishing of Championship Car racing. Modern-day IndyCar racing traces its roots directly to these AAA events.

Thomas Coates may refer to:

Tommy Gale was a NASCAR Winston Cup Series race car driver from McKeesport, Pennsylvania who raced from 1968 to 1986. He ended up becoming one of the runners-up for the 1977 NASCAR Rookie of the Year award.

Thomas Regan is an American professional stock car racing driver. He last competed part-time in the NASCAR Camping World Truck Series, driving the No. 1 Chevrolet Silverado for TJL Motorsports in 2018.

DiCarlo or diCarlo is an Italian surname first found in Milan. Notable people with the surname include: