Born in Auchterderran, Fife, he is first known to have played for his local club Lochgelly United, and then was signed by Dundee [2] [3] before moving to Division 1 team Bolton Wanderers after the start of the 1895–96 season where he scored once in 4 games. [4]

After a failed trial at Oldham Athletic, [2] in 1896 Vail moved south to Chatham United for two seasons in the Southern League. [5]

The next season he was with Walsall of Division 2. In March, Small Heath unsuccessfully tried to get him on a loan. [6] He ended the season as joint top scorer with 16 League goals as Walsall finished in 6th place. [7]

For the 1900–01 season Vail went to play for Midland League side Doncaster Rovers, scoring 26 League and Cup goals, plus 5 in friendlies. He was also used as a trainer. [8]

Vail was born in 1873 in Auchterderran, Fife to Michael Vail and Ann Naysmith. He married Betsy Watson on 26 Oct 1898 in Auchterderran. Around 1901, whilst playing for Doncaster he also worked as a railway labourer. He died on 3 July 1940 in Buckhaven, Fife. [1]

Stephen Crawford is a Scottish professional football player and coach, who is the head coach of Dunfermline Athletic.

This was a Scottish non-league football (soccer) competition that ran at various times between 1891 and 1946. 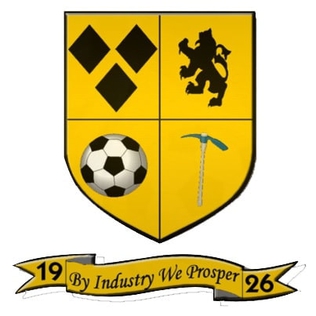 Lochgelly Albert Football Club is a Scottish football club based in Lochgelly, Fife. Their home ground is Gardiners Park and they currently compete in the East of Scotland League First Division Conference B. Club colours are gold and black.

Patrick Clarke is a Scottish footballer who plays as a forward. Clarke started his career with Dunfermline Athletic who he played for over two spells. He has also played for Raith Rovers, Cowdenbeath, Clyde, Dundee and East Fife, as well as Berwick Rangers and Arbroath on loan.

The 2009–10 season was Dunfermline Athletic's 3rd season in the Scottish First Division after being relegated from the Scottish Premier League in 2007.

The Fife derby is a football rivalry that is based in Fife, Scotland. Matches are contested between any two SPFL clubs from Dunfermline Athletic, Raith Rovers, East Fife and Cowdenbeath.

The 2013–14 Scottish Cup was the 129th season of Scotland's most prestigious football knockout competition. The tournament will begin on 14 September and end on 17 May 2014. It is sponsored by bookmaker William Hill in the third season of a five-year partnership after a two-year extension was agreed, and is known as the William Hill Scottish Cup. The winner of the competition qualifies for the second qualifying round of the 2014–15 UEFA Europa League. This year will be the first time since the 1998 Scottish Cup Final that the final will be played at Celtic Park.

The 1923–24 season was the 47th Scottish football season in which Dumbarton competed at national level, entering the Scottish Football League and the Scottish Cup. In addition Dumbarton played in the Dumbartonshire Cup.

The 2018–19 Scottish Challenge Cup, known as the IRN-BRU Cup due to sponsorship reasons, was the 28th season of the competition. The tournament took on a similar format from the previous season with the addition of two teams from England's National League entering the competition for the first time. This took the total number of participating clubs to 58.

The 2018–19 season was Sunderland's 140th season in existence, and their first season in the third tier of English football since 1987, after relegation from the Championship the previous season. Along with competing in League One, the club also participated in the FA Cup and EFL Cup as well as the EFL Trophy. The season covered the period from 1 July 2018 to 30 June 2019.