"Tommy the Cat" is a song by the American funk metal band Primus, released on their second album, Sailing the Seas of Cheese . [1]

Primus released "Tommy the Cat" following their first major label single, "Jerry Was a Race Car Driver". In concert, Claypool started introducing all of their other songs by saying "This next song is not Tommy the Cat", apparently due to the popularity the song had gained after a video was released and played on MTV. [2]

The song was briefly featured in the 1991 film Bill & Ted's Bogus Journey during the "Battle of the Bands" portion of the movie, where Primus was shown performing it.

The song was also used in the teaser trailers for South Park: Bigger, Longer, and Uncut . 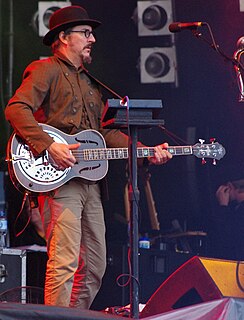 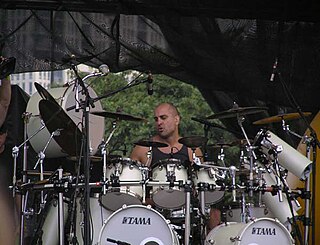 Timothy W. "Tim" Alexander is an American musician best known as the drummer for the rock band Primus. Alexander played on Primus recordings from Suck on This to Tales from the Punchbowl, before leaving the band in 1996, only to rejoin in 2003 for the EP Animals Should Not Try to Act Like People. Alexander left the band for a second time in 2010, only to rejoin again in 2013. Alexander is hailed frequently for his "polyrhythmic" playing.

Funk metal is a fusion genre of funk rock and alternative metal which infuses heavy metal music with elements of funk and punk rock. It was prevalent in the mainstream during the late 1980s and early 1990s, as part of the alternative metal movement. The genre has been described as a "brief but extremely media-hyped stylistic fad". 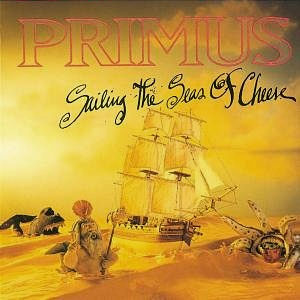 Sailing the Seas of Cheese is the second studio album and major-label debut by the American rock band Primus, released on May 14, 1991. It spawned three singles: "Jerry Was a Race Car Driver", "Tommy the Cat", and "Those Damned Blue-Collar Tweekers". "Jerry Was a Race Car Driver" appeared in the video games ATV Offroad Fury, Tony Hawk's Pro Skater, Rock Band 3, and as downloadable content for Rocksmith 2014, while "American Life" appears in Tony Hawk's Project 8, as well as in the first season of True Detective. 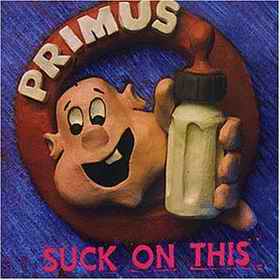 Suck on This is a live album by the band Primus, released in 1989. At the time of recording, the featured lineup of bassist/vocalist Les Claypool, guitarist Larry LaLonde and drummer Tim Alexander had only been playing together for "about two months". This along with Jane's Addiction's self-titled live album, are seen as popularizing the then-underground alternative metal genre and inspiring the groove metal genre. 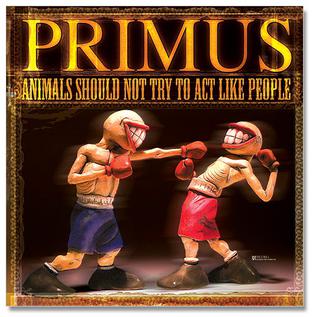 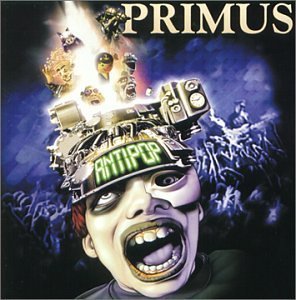 Antipop is the sixth studio album by the American rock band Primus, released on October 19, 1999. It was the band's final release before their hiatus from 2000 to 2003. It was also the last album with drummer Bryan Mantia. 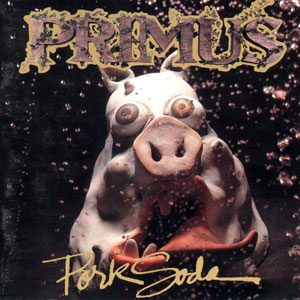 Pork Soda is the third studio album by the American funk metal band Primus, released April 20, 1993, certified Gold in September 1993 and certified Platinum in May 1997. The 2005 re-issue comes in a digipak and contains a booklet with lyrics printed to nine songs, omitting "Pork Soda" which consists of a series of unintelligible rants.

Prawn Song Records is an independent record label owned by Les Claypool of Primus. The name and logo are a parody of Led Zeppelin's label Swan Song Records. 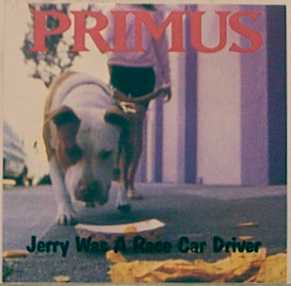 "Jerry Was a Race Car Driver" is a song by the American funk metal band Primus. It was released as the first single from their 1991 album Sailing the Seas of Cheese and reached number 23 on the U.S. Alternative Songs chart. The song tells the stories of two characters, Jerry, an ill-fated race car driver who collides with a telephone pole while driving intoxicated and Captain Pearce, a retired fireman. 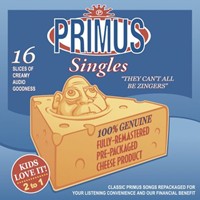 "Those Damned Blue-Collar Tweekers" is a song by the American rock band Primus. It was released as the third single from their 1991 album Sailing the Seas of Cheese. Unlike its preceding singles "Jerry Was a Race Car Driver" and "Tommy the Cat", "Tweekers" did not feature an accompanying video. The song opens with Larry LaLonde on guitar and a reserved bassline from Les Claypool, from there alternating between his trademark slap bass and a quiet section for the vocals. 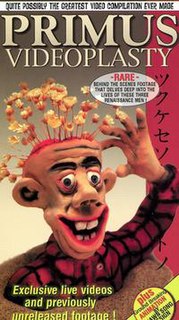 Reid Laurence "Larry" LaLonde, also known as Ler LaLonde, is an American musician best known as the guitarist for Primus, a position that he has served since 1989, where he is known for his experimental accompaniment to the bass playing of bandmate Les Claypool. Previously, he played guitar for the groups Possessed, Blind Illusion, No Forcefield, and the Frank Zappa tribute band "Caca". He also has collaborated more recently with artists such as Serj Tankian and Tom Waits.

"DMV" is a song by the American rock band Primus. It was released on their 1993 album Pork Soda and also as a single. 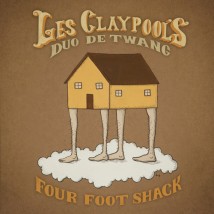 Four Foot Shack is the debut album of Duo de Twang, a country music duo formed by Primus bassist and vocalist Les Claypool and M.I.R.V. guitarist Bryan Kehoe. This album contains one original song and fourteen cover songs. It was released on February 4, 2014 by ATO Records.