Tomorrow Is Another Day (album)

Tomorrow Is Another Day is the second collaborative release by German electronic musician Ulrich Schnauss and Engineers' Mark Peters, released on 25 October 2013 through Bureau B. [4] [5] 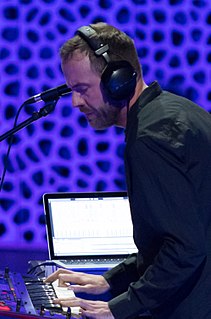 Ulrich Schnauss is a German electronic musician and producer based in London, England. In 2014, he became a member of Tangerine Dream.

Blue Skied An' Clear is a two-disc compilation, featuring various artists from Morr Music covering songs from the shoegazer band Slowdive on the first disc and composing songs "inspired" by Slowdive on the second disc. It was released in 2002 by Morr Music, and was the label's 30th release. In addition to serving as a showcase of the Morr Music roster, this release serves as a testament to the resurgence or revival of the shoegazing sound in this particular realm of electronica or IDM. Whereas the initial wave of shoegazer rock had fuzzed out guitars as a central characteristic, the artists on this release combine that with glitchy beats, synth tones, and digital signal processing effects. On this release, and with this indietronica style of music in general, musicians composing with software housed in laptop computers often replace the conventional rock band formula. Being composed of Slowdive covers, the first disc has substantially more vocals than the second disc, which is more in line with the modus operandi of electronica or indietronica artists, generally speaking.

Manual is the performing name of electronic musician, Jonas Munk Jensen, from Odense, Denmark. He makes music in the style of ambient dream pop and indietronica. His sound tends to contain a mix of software synthesizers, guitars, and various digital signal processing effects. Mixing elements of pop, glitch, and indie music, Manual is compared to artists ranging from IDM artists, such as Boards of Canada, as well as shoegazer groups like Blonde Redhead. 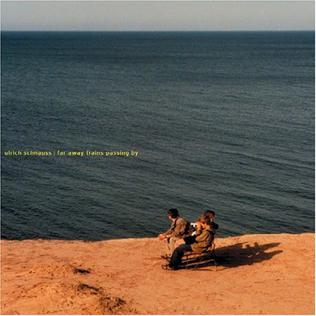 Far Away Trains Passing By is the debut studio album by German electronic musician Ulrich Schnauss, released in 2001 by City Centre Offices. 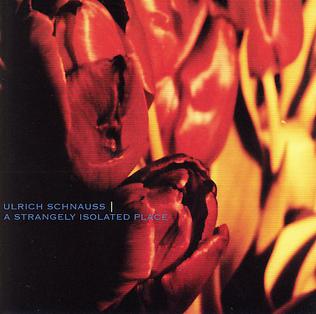 A Strangely Isolated Place is the second studio album by German electronic musician Ulrich Schnauss, released in June 2003 by City Centre Offices. It was released in the United States by Domino the following year.

Engineers are a British shoegazing/dream pop band. The band was formed in London in 2003 by bassist/guitarist/keyboardist Mark Peters, singer/guitarist Simon Phipps, bassist/guitarist Dan MacBean, and drummer Andrew Sweeney. After the release of their second album Three Fact Fader in 2009, MacBean and Sweeney left the band, and were replaced by bassist/vocalist Daniel Land, drummer Matthew Linley, and keyboardist Ulrich Schnauss. Phipps and Land would later leave the band before the release of 2014's Always Returning. Engineers' sound has been described as "hazy, ethereal, and atmospheric," and the band often cites the works of The Beach Boys, Brian Eno, Cocteau Twins, Spiritualized, and Pink Floyd as influences.

Goodbye is the third album by German musician and producer Ulrich Schnauss.

Three Fact Fader is the second full-length studio album by British shoegazing band Engineers, released on 6 July 2009 through the Kscope label. The album was produced by the band along with Ken Thomas, who also worked with Sigur Rós, M83 and Maps, with artwork created by Tom Sheehan. 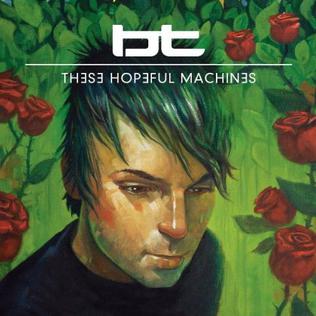 These Hopeful Machines is the sixth studio album by American electronic musician BT. Released on February 1, 2010, the album sees collaborations with the likes of JES, Rob Dickinson, Christian Burns and Kirsty Hawkshaw, also featuring a cover of "The Ghost in You" by The Psychedelic Furs. Because some tracks exceed 10 minutes in length, the album spans two discs with six tracks on each. In an effort to make the album more accessible to casual listeners, the record was eventually re-issued as a single-disc version with shorter tracks, titled These Humble Machines. In addition, the album would later spawn a double disc remix edition titled These Re-Imagined Machines, also featured as a "Limited Collector's Edition Box Set". With great reception from critics, the album was nominated for the 2011 Grammy Awards under Best Electronic/Dance Album.

Gilbert is the performance name of Matthew Gilbert Linley, a London-based composer and musician. He is also the drummer in Engineers with Mark Peters and Ulrich Schnauss.

In Praise of More is the third full-length studio album by British shoegazing band Engineers, released on 27 September 2010 through the Kscope label. It is the first to feature Daniel Land, Matthew Linley and Ulrich Schnauss as full-time members of the band.

Always Returning is the fourth full-length studio album by British shoegazing band Engineers, released on 11 August 2014 through the Kscope label. The album is the first to feature Mark Peters on lead vocals throughout, with the rest of the band consisting of Ulrich Schnauss and Matthew Linley. It is the first release not to include vocalist Simon Phipps. The album was preceded by a single, "Fight Or Flight", released on 28 July 2014, with a second single, "A Million Voices," out on 19 January 2015. 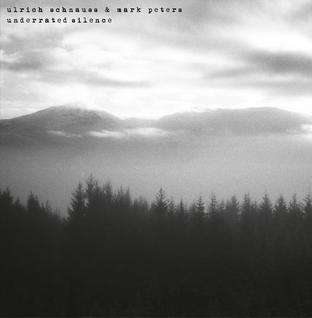 Underrated Silence is the debut collaborative release by German electronic musician Ulrich Schnauss and Engineers' Mark Peters, released on February 3, 2012 through Bureau B.

Mark Peters is a musician, songwriter and producer who has mainly created music for the band Engineers. He has also collaborated with the electronic musician Ulrich Schnauss on two albums; Underrated Silence and Tomorrow Is Another Day.

Deep Blue is the debut collaborative studio album by Mark Peters of Engineers and Elliot Ireland, released on 4 September 2015, through Pedigree Cuts, a label that boasts Peters' Engineers bandmate, Ulrich Schnauss, on its roster.

There's Alway's Tomorrow may refer to:

Quantum Gate (2017) is roughly the 150th release and roughly 30th main studio album by Tangerine Dream. It is the first full-length album since the death of founder Edgar Froese in 2015, and is largely based on ideas and musical sketches left by Froese. The album was preceded by and is companion to the 2015 mini-album Quantum Key. 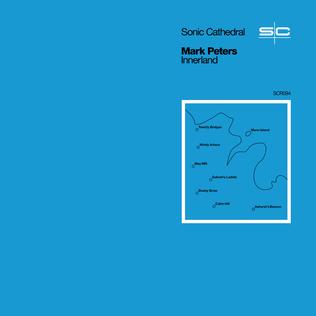 Innerland comprises the debut solo recordings by Mark Peters. Initially released in December 2017 it was given a comprehensive (Vinyl/Cd/digital) release with two extra tracks ‘May Mill’ and ‘Gabriel’s Ladder’ in April 2018, as well as a limited edition version with a bonus disc entitled Ambient Innerland, which includes reworked versions of the full extended album. The songs on the album are inspired by memories of places near where Peters grew up.

New Routes out of Innerland is a follow-up reworking of Mark Peters' debut solo album, Innerland. Released on 19 April 2019, it comprises all eight original album tracks, reworked by artists including Ulrich Schnauss, Brian Case and Odd Nosdam. It is referenced as Peters' "final visit" to his debut solo album, and was released on CD, digital and green vinyl. The album sees Peters "looking outwards, away from the bleak, post-industrial landscapes of Wigan, and inviting eight different artists from around the world to interpret and translate the instrumentals of Innerland into their own musical and geographical languages."

Quantum Key is a 2015 mini-album by Tangerine Dream. It is roughly the group's 145th release. It is a precursor and companion album to the 2017 major studio album Quantum Gate.