Tomory Dodge is an American artist. He graduated from the California Institute of the Arts in Valencia, California, in 2004. Before that, he had a solo show at the Taxter & Spengemann gallery in New York. He paints landscapes with a Surrealist influence, the paint applied broadly with a brush or palette-knife. [1] [2] 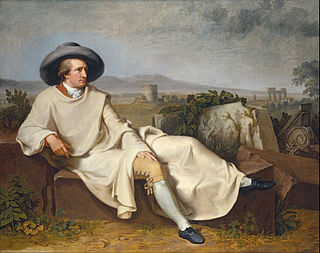 An artist is a person engaged in an activity related to creating art, practicing the arts, or demonstrating an art. The common usage in both everyday speech and academic discourse is a practitioner in the visual arts only. The term is often used in the entertainment business, especially in a business context, for musicians and other performers. "Artiste" is a variant used in English only in this context. Use of the term to describe writers, for example, is valid, but less common, and mostly restricted to contexts like criticism. 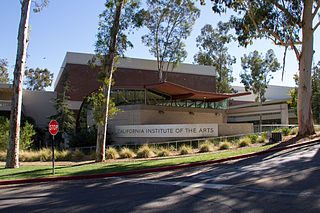 The California Institute of the Arts (CalArts) is a private university in Santa Clarita, California, United States. It was incorporated in 1961 as the first degree-granting institution of higher learning in the United States created specifically for students of both the visual and performing arts. It offers Bachelor of Fine Arts, Master of Fine Arts, Master of Arts, and Doctor of Musical Arts degrees among six schools: Art, Critical Studies, Dance, Film/Video, Music, and Theater.

Charles Sheeler was an American painter and commercial photographer. He is recognized as one of the founders of American modernism, developing a style of painting known as Precisionism and becoming one of the master photographers of the 20th century. 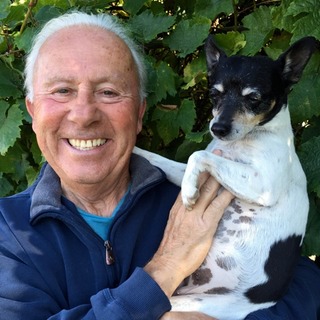 Jonathan Lasker is an American abstract painter whose work has played an integral role in the development of Postmodern Painting. He currently lives and works in New York City. 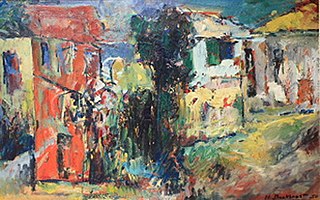 Nancy Chunn is an American artist based in New York, New York. Known for her commitment to geopolitical issues, Chunn’s work includes a diverse range of paintings.

Billy Al Bengston is an American artist and sculptor who lives and works in Venice, California and Honolulu, Hawaii.

Bradley Walker Tomlin belonged to the generation of New York School Abstract Expressionist artists. He participated in the famous ‘’Ninth Street Show.’’ According to John I. H. Baur, Curator of the Whitney Museum of American Art, Tomlin’s "life and his work were marked by a persistent, restless striving toward perfection, in a truly classical sense of the word, towards that “inner logic” of form which would produce a total harmony, an unalterable rightness, a sense of miraculous completion…It was only during the last five years of his life that the goal was fully reached, and his art flowered with a sure strength and authority."

Martin Kersels is an American contemporary artist born in 1960 in Los Angeles. Kersels' work is often installation based and incorporates sculpture, photography and video.

Freydoon Rassouli is an Iranian-Born, American abstract surrealist and visionary artist and author.

Maxwell Hendler is a California artist whose paintings were the first by a contemporary artist to hang in the Metropolitan Museum of Art, New York in 1975. His work has been characterized by dramatic shifts in style that have encapsulated larger trends in art.

Joyce Kozloff is an American artist whose politically engaged work has been based on cartography since the early 1990s.

Darren Waterston is an American artist who is mainly known for his ethereal paintings. He is represented by DC Moore Gallery, New York, and Inman Gallery in Houston, TX.

Joseph Hart is an American artist. Originally from Peterborough, New Hampshire, he currently lives and works in Brooklyn, New York. His work has recently been exhibited at Romer Young Gallery in San Francisco, Dieu Donne, David Krut Projects and Halsey Mckay Gallery in New York, among others. Hart's work has also been included in notable group shows at the Frans Masareel Center in Belgium, Bronx Museum of the Arts and the Santa Monica Museum of Art. He has been featured in periodicals such as FlashArt, Modern Painters, Huffington Post and The New York Times. His work is in the public collections of The Rhode Island School of Design Museum, The Metropolitan Museum of Art and the San Francisco Museum of Modern Art. Hart received a BFA from the Rhode Island School of Design in 1999.

Allan deSouza is a photographer and multi-media artist. He currently works in San Francisco, where he is an Associate Professor in the Department of Art Practice at the University of California, Berkeley.

Kim McCarty is a watercolor painter, artist living and working in Los Angeles, CA. McCarty's work has been exhibited in over 20 solo exhibitions in New York and Los Angeles. She works in layers of monochromatic colors.

Tom LaDuke is an American painter and sculptor whose work explores themes of nature, science fiction, and memory, and utilizes a wide range of image depiction and surface techniques.

Carolyn Castaño, is an American visual artist. She creates portraits utilizing painting, drawing and collage. Her portrait subjects are often adorned with glittery and ornate accessories, bold hairstyles, color, and patterns referencing the world of high fashion. Some of her portraits feature a character named "Betty Ramirez," the artist's alter ego, with visual references to Mexican Golden Age cinema and Italian neorealism. Other portraits are based on photographs that are then translated into painting. For example, her series of paintings titled "Hair Boys" is based on photographs of friends donning hairstyles from past decades and even centuries.