Tomten och haren, or I ett hus vid skogens slut, is a song often used as a Christmas song, but also used as a mimic song. The song is often sung among children, and the lyrics deal with a Santa Claus/elf/tomte figure sitting inside a cottage noticing a hare, saving it from the hunter by allowing it into safety inside the cottage. The tune is of unknown origin, but is reminiscent of the Sunday school song Är du glad av hjärtat nöjd , and the Evert Taube song Flickan i Havanna .

An early recording, with arrangement by Plinque plonque musique, was released on a cassette tape in 1989. [1]

Adventstid, or Adventstid kom till mitt ensamma hus, is a Swedish language 1972 Advent song, with lyrics and music by Carl Bertil Agnestig. The song has often been performed in Kindergarten and at school in Sweden during Advent.

Tomtarnas julnatt, also known as Midnatt råder or Tipp tapp, is a Christmas song with lyrics by Alfred Smedberg, and music by Vilhelm Sefve-Svensson. The song was originally published in the children’s magazine Jultomten in 1898, and has then been re-published several times. In 1916 it was published in 115 sånger för de små., According to song researcher Lennart Kjellgren the crediting of Sefve for the music is uncertain (1999). 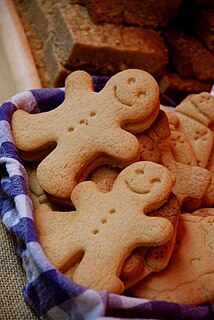 "Gläns över sjö och strand" is the opening line for a poem written by Viktor Rydberg, appearing in the 1891 Vapensmeden. In the novel, the poem has no title. The title "Betlehems stjärna" originally appeared in 1893 when Alice Tegnér published music, turning the poem into a song. The title has also been used for later melodies.

Hosianna, Davids son is an Advent song with music by Abbé Vogler for mixed choir and church organ, with lyrics in Swedish-language. It's one of the more popular Christmas songs in Sweden and Finland.

Tryggare kan ingen vara is a Christian hymn with lyrics by Lina Sandell circa 1850, and published in 1855 Andeliga daggdroppar, where the writer was credited as anonymous. It was recorded by Carola Häggkvist in 1998 on the album "Blott en dag". It has also been used in the film soundtrack for the 1987 film "More About the Children of Noisy Village".

Din klara sol går åter opp is a song with lyrics by Johan Olof Wallin, from 1814. Being a Christian morning hymn about Sunrise, it was a common morning prayer song in the Swedish primary school for decades. Johan Georg Christian Störl is often credited as composer of the tune.

"Vi sätter oss i ringen" is a well-known Swedish Christian children's hymn with 1969 lyrics by Margareta Melin and 1970 music by Lars Åke Lundberg. Written for Kyrkans barntimmar, the song received major coverage throughout Sweden in the 1970s, with the album Vi sätter oss i ringen. Ilon Wikland also drew a poster with children from different parts of Earth.

Julpolska, also known as Nu ha vi ljus här i vårt hus, is a Christmas song with lyrics by Rafael Hertzberg (1845-1896) and music by Johanna Ölander (1827-1909). Song lyrics describe Christmas Eve, dated from a time when the Christmas goat at many places still was the giftbringer, not Santa Claus.

"Räven raskar över isen" is an old Swedish folksong performed as a singing game when dancing around the Christmas tree and the midsummer pole. The opening verses are often "flickornas visa" or "pojkarnas visa". After that, the verses may vary. However, the "songs" of Grin-Olle and Skratt-Olle are common.

Karusellen, also known as Jungfru skär or Jungfru skön, is a song often used as a singing game when dancing around the Christmas tree and the midsummer pole. The lyrics are centered on a carousel. The song was recorded at the Nääs sloy teacher's seminary around. When Sånglekar från Nääs by Otto Hellgren and Rurik Holm published in 1905 and 1915, the song was in the second volume. The song was also used as theme song for the Sveriges Radio programme Karusellen back in the early 1950s.

Vi äro musikanter is a Swedish folk song typically sung when dancing around the Christmas tree and the Midsummer pole. It was written down early in Folklekar från Västergötland (1908-1934), published by Sven Lampa. It is a so-called "mimic song", where the persons singing it can mimic playing the different musical instruments mentioned in the song lyrics.

Lilla snigel is a traditional Swedish children's song for very young children, which is very simple to sing. The song is about a snail and was published in Våra visor, part 1, 1957.

"Hej, sa Petronella" is a song with lyrics by Lennart Hellsing and music by Knut Brodin, and published in 1957 in Våra visor I. The song deals with fictional person Petronella from Plaskeby, and the theme is trying to be happy in all conditions and weather. Creating a boat out of items is a common theme in many fairy tales. The melody is based on a folk tune.

Vattenvisan is a children's song with lyrics by Lennart Hellsing and Lille Bror Söderlundh, and published in 1960 in Våra visor 3. The song was written for the school radio programme Bara vanligt vatten in 1957, and originally had seven verses. During publication, two of them were removed.

Visan om solen, månen och planeterna is a poem written by Betty Ehrenborg-Posse, published in 1868 in Folkskolans läsebok. As a song it is, just like the Anthem of Europe, sung to the same tune as Beethoven's 9th symphony. The lyrics teach geography, astronomy and the four Northern Hemisphere temperate seasons. Nowadays, often just the closing verse is sung, named Månaderna, Januari börjar året, Månadsvisa or Visan om året. 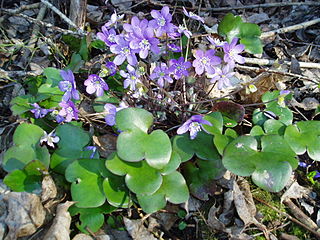 Blåsippor, also known after the opening words Blåsippan ute i backarna står, is a children's springtime song with lyrics written by Anna Maria Roos. It was originally published as a poem in Lilla Elnas sagor in 1894. It was set to music by Alice Tegnér and published as a song in 1895 in volume 3 of "Sjung med oss, mamma!"