Tonette Lopez (died April 25, 2006) was the first transgender woman activist in the Philippines and a popular Asian LGBT activist, HIV/AIDS researcher and journalist.

In 2001, Lopez started the Gay Human Rights Movement (GAHUM), based in Cebu City.

Lopez has stated: "Discrimination is very eminent. A country such ours, which is predominantly Roman Catholic is very difficult. Opinions and decisions are always coiled and intertwined with one's religiosity, belief and faith." [2]

People With AIDS (PWA) means "person with HIV/AIDS", also sometimes phrased as, Person Living with AIDS. It is a term of self-empowerment, adopted by those with the virus in the early years of the pandemic, as an alternative to the passive implications of "AIDS patient". The phrase arose largely from the ACT UP activist community, however use of the term may or may not indicate that the person is associated with any particular political group. 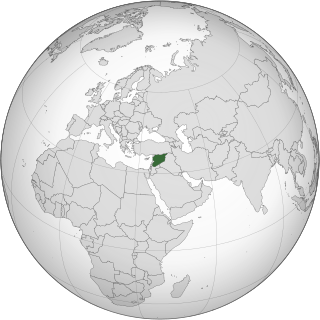 Lesbian, gay, bisexual, and transgender (LGBT) people in the Syrian Arab Republic may face legal challenges not experienced by non-LGBT residents. Article 520 of the penal code of 1949, prohibits "carnal relations against the order of nature", and provides for up to three years' imprisonment. 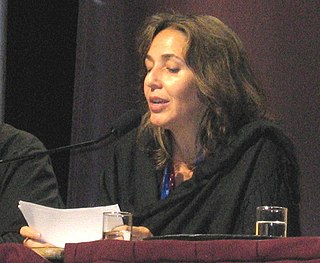 Mariela Castro Espín is the director of the Cuban National Center for Sex Education in Havana, as well as the National Commission for Comprehensive Attention to Transsexual People, and an activist for LGBT rights in Cuba. Castro is an outspoken advocate for the LGBT+ community and has publicly stated that she will fight for their rights even if it means going against her own family. Castro is widely known as one of the main drivers for the fight for acceptance of the LGBT+ community, especially in Latin American countries—most notably, Cuba—as well as dissolving some of the antiquated stigmas and stereotypes that surround the community. She is the daughter of Communist Party First Secretary Raúl Castro and feminist and revolutionary Vilma Espín, and the niece of former First Secretary Fidel Castro.

The Second National March on Washington for Lesbian and Gay Rights was a large political rally that took place in Washington, D.C. on October 11, 1987. Its success, size, scope, and historical importance have led to it being called, "The Great March". It marked the first national coverage of ACT UP, with AIDS activists prominent in the main march, as well as making headlines the next day during mass civil disobedience actions at the United States Supreme Court Building.

Martin Pousson is an American novelist, poet, and professor. 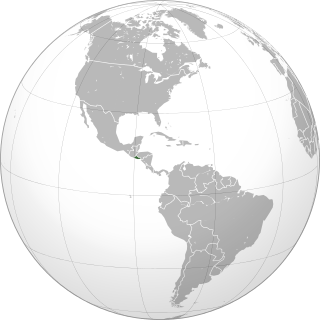 Lesbian, gay, bisexual, and transgender (LGBT) persons in El Salvador may face legal and social challenges not experienced by non-LGBT residents. Both male and female same-sex sexual activity are legal in El Salvador, but same-sex couples and households headed by same-sex couples are not eligible for the same legal protections available to opposite-sex married couples.

Matshediso Florence Mholo is a South African artist and activist and a member of the multi-platinum Afro-pop group Malaika.

Christine Burns, MBE is a British political activist best known for her work with Press for Change and, more recently, as an internationally recognized health adviser. Burns was awarded an MBE in 2005 in recognition of her work representing transgender people. In 2011, she ranked 35th on the Independent on Sunday's annual Pink List of influential lesbian, gay, bisexual and transgender people in the United Kingdom.

Lesbian, gay, bisexual and transgender (LGBT) rights in Laos go unreported and unnoticed. While homosexuality is legal in Laos, it is very difficult to assess the current state of acceptance and violence that LGBT people face because of government interference. Numerous claims have suggested that Laos is one of the most tolerant communist states at the current time, with a growing acceptance of homosexuality. Despite such claims, discrimination still exists. Households headed by same-sex couples are not eligible for any of the rights that opposite-sex married couples enjoy, as neither same-sex marriage nor civil unions are legal.

Homosexuality in Honduras was decriminalised in 1899. However, the Honduran Penal Code was only reformed in 2013 to include punishment for people who discriminated by sexual orientation. While a small gay-rights-oriented culture exists in Honduras, certain lower socio-economic barrios (neighborhoods) have seen the persistence of an older social construction of same-sex eroticism whereby masculine "hombres" play the penetrative role with "locas", usually for some type of remuneration but occasionally also for friendship and mutual assistance. For the "hombres", these acts do not carry the stigma of being seen as "homosexual" ; the young men consider themselves fully heterosexual and almost always marry by their mid-twenties, limiting their sexual activity thereafter to women.

Austin, Texas has one of the most prominent and active LGBT populations in the United States. Austin was acclaimed by The Advocate in 2012 as part of its Gayest Cities in America, and was recognized by Travel and Leisure as one of America's Best Cities for Gay Travel. Much of Austin's gay nightlife scene is clustered around 4th Street. LGBT activism groups Atticus Circle and Equality Texas are headquartered in Austin.

Sexual minorities in Sri Lanka have been counted in recent times as consisting of as little as 0.035% of the population to as high as 19.6%. It is likely that there are around 1,100,000 according to current mapping conventions. 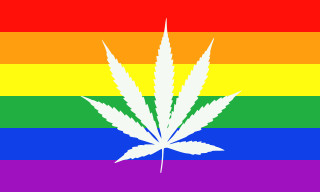 Cannabis and LGBT culture is the intersection of cannabis culture and LGBT culture. A common characteristic of advocacy for both LGBT rights and access to cannabis is that before about 2000 both were outside legal approval, social approval, and were on the fringe of society everywhere, and still are in much of the world. Advocacy for the two issues combined for various reasons, including claims that cannabis is an effective treatment for relieving symptoms of AIDS, the LGBT community having leadership in matters of social tolerance and diversity of lifestyles, and for both LGBT and cannabis issues experiencing social grouping together as counterculture.

Tonette is a Norwegian and Swedish given name in use in Sweden and Norway whose popularity peaked in the late 1960s. The name is a diminutive form of Antonetta and Antona as well as an alternate form of Tone, Tona and Torny. Notable people with this name include the following: