Lea'aetoa's parents came from Tonga, he spent his childhood in Australia in Manly, Sydney. It was when he returned to New Zealand to attend boarding school at Auckland Grammar School that rugby union took over his sporting career at the age of 16. He started out as a centre, then played at full back and as a No 8 before ending up as a prop. The unusual shift of position was due to a change in his metabolism that saw him put on 20 kilogrammes between the ages of 17 and 18. The Tongan international was a relative latecomer to rugby union only taking up the sport 14 years ago[ when? ] in New Zealand. During his time in Sydney he spent several years at the Northern Suburbs Rugby Club.

Lea'aetoa arrived in England in July 2006 with a reputation as one of the most talented and versatile prop forwards in Europe. He is one of those rare individuals that can play effectively on either side of the front row, but more often would play at Tighthead

His skill and versatility earned him 19 caps for his country to date. He was ever present for London Irish in the 2009–10 season, being the only player to play in all 31 games, a feat that saw him receive the club's 'Players' Player of the Season Award'.

Awen Guttenbeil is a former professional rugby league footballer who played in the 1990s and 2000s. Since retiring after a playing career spanning fifteen years, he went on to work as a broadcaster for Sky Network Television and as a presenter on Maori TV sports show, Hyundai Code. In 2010 he coached his schoolboy club Point Chevalier Pirates in the Auckland Rugby League's Phelan Shield alongside former team mate and childhood friend Stacey Jones. He represented both the Tongan and New Zealand national sides in his long career and played in two World Cups. His position of preference was in the Second-Row. He was an integral part of the 2002 New Zealand Warriors squad, noted for being the first team in the club's history to make the NRL Grand Final. He now owns and operates several construction businesses in New Zealand including Passive Fire NZ. 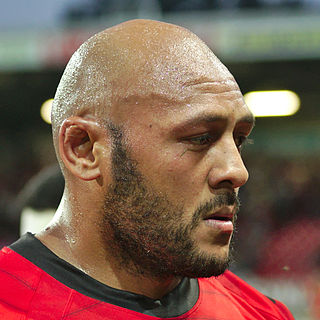 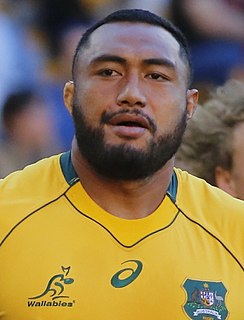 Tevita Mailau is a rugby union player who plays for Stade Montois in the Top 14 and Tonga internationally. He previously played for the Auckland Blues in Super Rugby and Auckland in the ITM Cup. 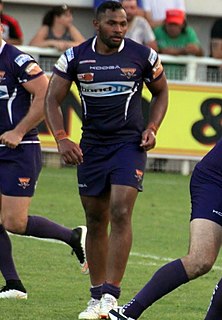 Ukuma Ta'ai is a Tongan professional rugby league footballer who plays as a second-row, loose forward or prop for the Huddersfield Giants in the Super League and Tonga at international level.

Sitaleki Timani, is a Tongan-born, Australian professional rugby union footballer. He made his test debut for the Wallabies in 2011. His usual position is lock. He's currently playing for Top 14 club Clermont in France.

Pakisonasi Afu is a professional rugby footballer who has represented Tonga in rugby league and Tonga A in rugby union. He is contracted to Austin Elite Rugby to play Major League Rugby in the United States. Afu previously played rugby league in the NSW Cup for New Zealand Warriors and Wyong Roos as a prop. His usual position in rugby union is centre. 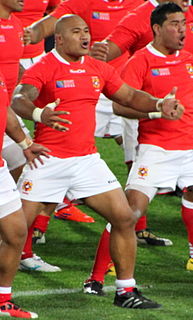 Sona Taumalolo is a Tongan born New Zealand-based rugby union player who plays for FC Grenoble in the French Top 14. He is also a Tongan international. His position of choice is loose-head prop, and he is known for his aggressive style of play both in ball carrying and tackling.

Aniseto Ofa He Moori Tu'ungafasi is New Zealand rugby union player who plays for the All Blacks as a Prop. Domestically, he represents Auckland in the Mitre 10 Cup and the Blues in Super Rugby. 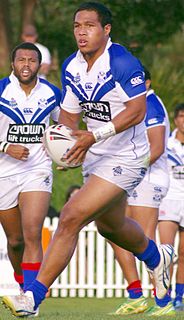 Agnatius Paasi is a Tongan professional rugby league footballer who plays as a second-row forward and prop for the New Zealand Warriors in the NRL and Tonga at international level.

Taniela Tupou is an Australian professional rugby union player. He plays as a tight head prop for the Queensland Reds in Super Rugby and has represented Australia in international rugby. Born in Tonga he qualifies for Australia by residency.

Siate Tokolahi is a Tongan rugby union player who currently plays as a prop for Canterbury in New Zealand's domestic Mitre 10 Cup and the Highlanders in the international Super Rugby competition.

Siosiua Halanukonuka is a Tongan rugby union player. He plays in the prop position for the Scotland based Pro14 side, Glasgow Warriors. Halanukonuka also represents Tonga at international level.

Sef Fa'agase, is an Australian rugby union player of Samoan descent. His usual position is prop. He plays for Brisbane City in the National Rugby Championship and for Queensland Reds in Super Rugby.

Siegfried Fisi'ihoi is a Tongan rugby union player. He plays in the prop position for the France based Top 14 side, Stade Français. Fisi'ihoi also represents Tonga at international level.