Antonio ("Toni") Brogno (born 19 July 1973) is a retired Belgian football striker who was last on the books of Olympic Charleroi. Before that he also played for Sedan, OH Leuven, Westerlo and Sporting Charleroi, where his brother Dante Brogno was an assistant manager. He finished top scorer of the Belgian First Division in 1999–2000 with the same number of goals (30) as Ole Martin Årst. He also played for the national football team 7 times.

Club Sportif Sedan Ardennes, commonly referred to as CS Sedan or simply Sedan, is a French association football club based in Sedan. The club was formed in 1919 and plays its home matches at the Stade Louis Dugauguez located within the city. Sedan is sponsored by Invicta France and Caisse d'Épargne, the latter being one of France's largest banks. 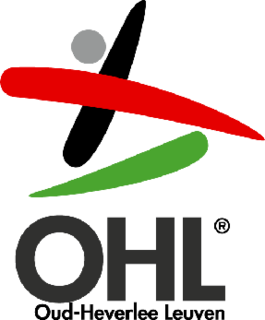 Oud-Heverlee Leuven, also called OH Leuven or OHL, is a Belgian football club from the city of Leuven. It was created in 2002 from the merger of three clubs, F.C. Zwarte Duivels Oud-Heverlee, whose registration number it inherited, Daring Club Leuven, and Stade Leuven. The home ground of OH Leuven is stadium "Den Dreef", located in Heverlee.

Pär Zetterberg is a Swedish former football midfielder, who played most of his career for R.S.C. Anderlecht.

Philippe Julien Albert is a former Belgian footballer who played as a defender. He played for Charleroi, KV Mechelen and Anderlecht in his native Belgium, and for English clubs Newcastle United and Fulham. It was at Newcastle that he became known as an attack-minded centre-back for his forward runs from defence in the team dubbed as "the Entertainers". 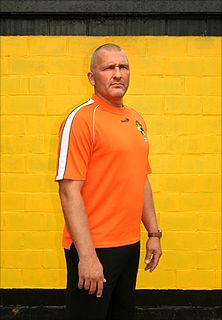 Dr. Amir Hossein Sadaghiani was an Iranian football player and manager. He was a striker during his playing career and afterwards was Iran national football team's head coach from 1941 till 1950.

Laurent Franco Ciman is a Belgian professional footballer who plays as a defender. He is currently a defender for Toronto FC in Major League Soccer and the Belgium national football team.

Parfait Mandanda is a Congolese footballer. He currently plays as a goalkeeper for Belgian club Charleroi.

Jozef 'Jos' Daerden is a Belgian football manager and a former player. He works as an assistant manager of K.R.C. Genk.

The 2011–12 season of the Belgian Second Division started in August 2011 and is the second tier football league in Belgium. The league is played by 18 teams, with 34 matchdays of 9 matches each, so each team plays the 17 other teams twice. The season is divided into 3 periods, the first period of 10 matches, the second of 12 matches and the third of 12 matches. Each period winner qualifies for the Belgian Second Division Final Round. On 14 April 2012, Charleroi became champions without playing as closest rivals Eupen and Oostende both did not manage to win their matches and thereby could no longer mathematically overtake Charleroi in the standings.

Jean Adelard Mayanga Maku is a Congolese football forward who played for Zaire in the 1974 FIFA World Cup. He also played for AS Vita Club.

Massimo Bruno is a Belgian footballer who plays as a right winger for Charleroi.

Loris Brogno is a Belgian professional footballer who currently plays as a forward for Beerschot Wilrijk in the Belgian First Division B.

The 2013–14 season was Oud-Heverlee Leuven's 12th competitive season in professional football and the team's third season in the Belgian Pro League. After struggling the whole season, OH Leuven ended 15th in the league and was forced to play the relegation playoffs against Mons. They did get past Mons but were eventually relegated as they did not manage to win the Belgian Second Division Final Round. OH Leuven also had a mediocre cup run, struggling past Belgian Second Division team Visé before falling 3-0 to Gent.

Samy Mmaee A Nwambeben is a Belgian footballer who plays for Sint-Truiden. He plays as a center back.

Ali Gholizadeh is an Iranian professional footballer who plays as a forward for Belgian First Division A club Charleroi and the Iran national team.

Shamar Nicholson is a Jamaican international footballer who plays as a forward for Belgian side Charleroi and for the Jamaica national team.