"Tonight" is the third digital single released by South Korean pop band Spica. It was released on August 28, 2013 under B2M Entertainment with distribution through CJ E&M Music and Live.

The preparation and creation of the song was the main subject of the reality television show "Lee Hyori X Unnie" on OnStyle Entertainment Channel. [1] In the show, Lee Hyori, a long-established pop star and company colleague, provides counsel to the group, which had struggled to establish success as a group, on making decisions on every detail of a music single promotion, including song-writing, media relations, and styling. [2] Lee Sang Soon, Lee Hyori's partner, was heavily featured on the show and lent his background vocals in the recording. [3]

The song's lyrics were co-written with Lee Hyori and member, Kim Boa, [2] with the original composition being completed by member and associates of Dsign Music.

On August 22, 2014, the teaser for the single and music video were released. [4] The group members appeared in 1st Look Magazine with Lee Hyori to promote the release. [5]

On August 28, 2014 (KST), the digital single, physical single and music video were made available to the public. The video was directed by Lumpens [6]

In its first week of release, the song peaked at #10 on Gaon Music Chart, which tracks the success of South Korean music, and was eight on the weekly online download rankings with 102,297 paid downloads from August 28–31 [7] It would fail to make the top 100 digital singles of 2013. [8]

The single continued a streak of limited success but did result in a top 10 single for the group. Both the song and music video did receive positive critical press, with a particular emphasis on the vocal quality of the recording and the colorful imagery of the video. [13] [14] One writer remarked on the competing themes: "Even though Spica's intent was probably to be liberating, it was still problematic because it detracted from the theme of innocent fun and instead felt dangerously close to voyeurism." [15]

Secret (Korean: 시크릿) was a South Korean K-pop girl group formed by TS Entertainment in 2009. The group originally debuted with four members: Jun Hyo-seong, Jung Ha-na, Song Ji-eun and Han Sun-hwa. They released their debut single I Want You Back October 2009. Secret's debut single did not meet great success and it was not until the following year that the group saw a rise in popularity. In 2010, Secret released two singles Magic and Madonna which earned much attention with both singles peaking at No. 2 and No. 1 respectively on the Gaon Digital Chart. With the success of "Magic" and "Madonna", the group received the "Newcomer Award" at the 25th Golden Disk Awards. 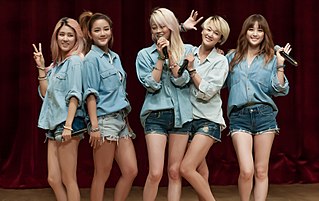 Spica was a South Korean girl group formed in 2012 under B2M Entertainment. The group consists of Kim Boa, Park Sihyun, Park Narae, Yang Jiwon and Kim Bohyung. Their pre-debut single "Doggedly" was released on January 10, 2012, followed by their debut mini-album, Russian Roulette, on February 8, 2012. They officially disbanded on February 6, 2017, though Bohyung has confirmed a possible reunion in the future. 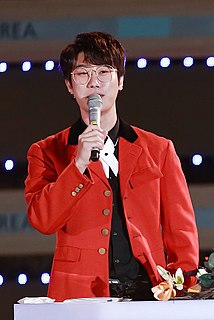 Jung San, more commonly known by his stage name San E (Korean: 산이), is a South Korean rapper. He debuted in 2010 under JYP Entertainment, where he was the label's first solo rapper. He left the company in 2013 to sign with hip hop label Brand New Music. In late 2018, Brand New Music terminated San E's contract after the rapper made a series of controversial remarks about feminism. 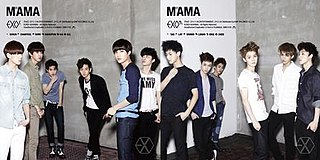 VIXX is a South Korean boy band formed by Jellyfish Entertainment through the 2012 reality show MyDOL. The group is composed of five members: N, Leo, Ken, Ravi, and Hyuk. Originally a six-member group, Hongbin left the group in August 2020. They are predominantly known as a concept or performance group whose music, lyrics, choreography, and overall stage performances are crafted together to tell a story or concept. 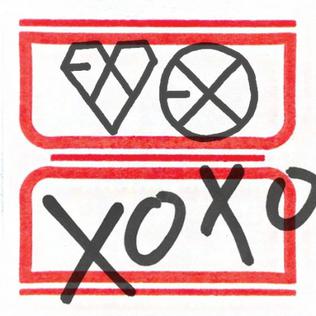 XOXO is the debut studio album by South Korean-Chinese boy band Exo, released on June 3, 2013 by SM Entertainment and distributed by KT Music. The album is a follow-up to the group's debut EP, Mama (2012). The album was released in two versions – a Korean "Kiss" edition and a Chinese "Hug" edition.

"Growl" is a song recorded by South Korean–Chinese boy band Exo, released on August 5, 2013, for the repackaged edition of their first studio album Growl. It was released in both Korean and Chinese versions by their label SM Entertainment. The song is known as Exo's breakthrough single, with over two million downloads in South Korea. 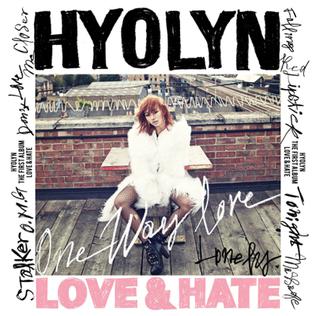 "You Don't Love Me" is the fourth digital single released by South Korean pop band Spica. It was released on January 27, 2014 under B2M Entertainment with distribution through CJ E&M Music and Live. 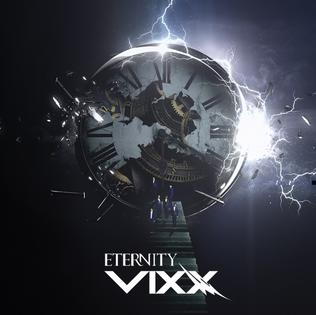 "Eternity" is a single recorded by South Korean idol group VIXX. It was released physically and as a digital single on May 27, 2014 through Jellyfish Entertainment. "Eternity" was written by lyricist Kim Eana, who also wrote VIXX's last four title tracks. The song's lyrics portray the fantasy of time, and is about the miracle of love that exists in the moment and forever. 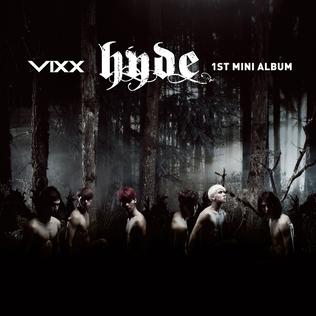 Hyde is the first mini-album by the South Korean boy band VIXX. It was released on May 20, 2013 under Jellyfish Entertainment, and features the single of the same name. The album was re-released as Jekyll on July 31, 2013 with the single "G.R.8.U".

Geeks (Korean:긱스) is a Korean hip hop duo composed of rappers Lil Boi and Louie. They are signed under Grandline Entertainment and Rainbow Bridge World. They are both credited lyricists, composers, and producers, as well as notable Korean rappers in their own right. They hit mainstream crossover success in a collaboration with Sistar's Soyou in the track "Officially Missing You Too," a major K-pop hit of 2012. 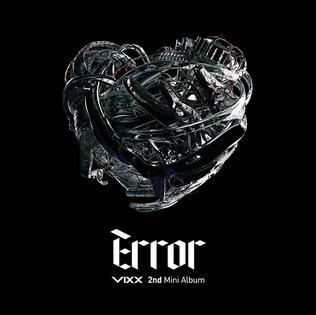 Error is the second mini-album by the South Korean boy band VIXX. It was released on October 14, 2014 under the label of Jellyfish Entertainment. It features the single of the same name. The song, along with its music video was also released in Japan in Japanese under CJ Victor Entertainment as their Japanese debut. The song was then finally released in China and Taiwan in Chinese through QQ and in Taiwan through KKBOX. 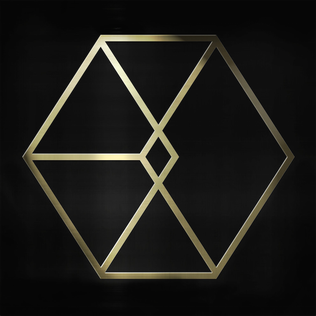 Exodus is the second studio album by South Korean–Chinese boy band Exo. It was released on March 30, 2015, by SM Entertainment and distributed by KT Music. The album was re-released as Love Me Right on June 3. With both versions of the album, Exo had the largest sales volume in the shortest amount of time for any K-pop artist at the time, selling more than one million copies in two months. This is the first album to not feature Kris and Luhan, as they both filed the lawsuit against SM Entertainment and left the group back in of May and October 2014 respectively. It was the last album to have the group divided into Exo-K and Exo-M units. This is also the last album to feature Tao, as he suspended his activity a month later, and on August of that same year, filed a lawsuit against SM Entertainment, thereby departing the group. 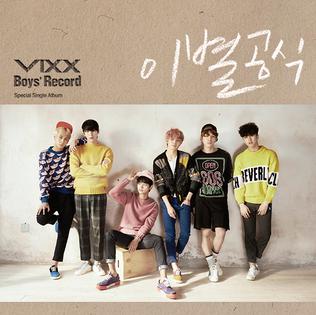 Boys' Record is a special single album by the South Korean boy band VIXX. The album was released on February 24, 2015 under the label of Jellyfish Entertainment. The song "Love Equation" was used to promote the album. 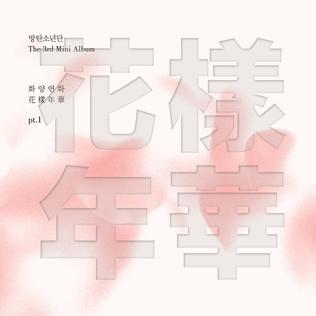 Jung Taek-woon, better known by his stage name Leo (Korean: 레오), is a South Korean singer, songwriter and musical theatre actor, signed under Jellyfish Entertainment. Leo debuted as a member of the South Korean boy group VIXX in May 2012, and began his acting career in 2014 in the musical Full House as Lee Young-jae. In 2015 he began his songwriting career, and with VIXX member Ravi formed the group's first official sub-unit VIXX LR.

Park Bo-ram is a South Korean singer. She took a part in Mnet's SuperStar K2 and finished in eighth place. Park made her debut with release digital single "Beautiful" featuring Zico on August 7, 2014. That year, she won Artist of the Year for August at the Gaon Chart K-Pop Awards and was nominated for Best New Artist at the Mnet Asian Music Awards, Golden Disk Awards, and Melon Music Awards. 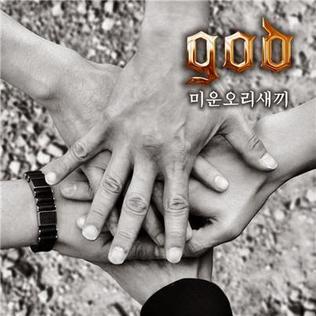 "The Lone Duckling" is a song by South Korean pop music group g.o.d and released on May 7, 2014, as a teaser for their comeback and reunion to celebrate fifteen years since their debut in 1999. It was their first release since going on hiatus in December 2005.