Tony Angiboust started curling in 1992 and curls out of the Sport Club of Chamonix.

Tony Angiboust's team qualified for the 2010 Vancouver Olympic Games. He played Third for Team France as he has at the previous three world championships. He has yet to win a medal at a major competition.

Peter Fenson is an American curler. He was the skip of the men's rink that represented the United States at the 2006 Winter Olympics, where they won the bronze medal, the first Olympic medal for the United States in curling. He has won eight national championships, the most recent in Philadelphia in March 2014, and six as skip. 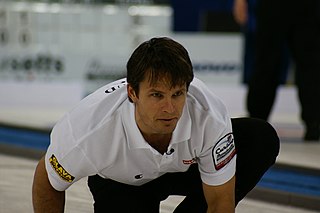 Ewan MacDonald is a Scottish curler. Representing Scotland, he is a three-time World Champion, playing second for Hammy McMillan in 1999 and playing third for David Murdoch in 2006 and 2009. He has also represented Great Britain at three Winter Olympics, in Salt Lake City 2002, Torino 2006 and Vancouver 2010.

Nicole Joraanstad is an American curler from Verona, Wisconsin. She currently plays second for Erika Brown.

Thomas Dufour is a French curler. He currently skips the French national team.

Christopher Plys is an American curler from Duluth, Minnesota. He is a Junior World Champion and two-time National Men's Champion. He was the alternate for the United States men's team at the 2010 Winter Olympics.

Liu Yin is a Chinese curler from Harbin. For many years she played third on the Chinese national team skipped by Wang Bingyu.

Jeff Isaacson is an American curler. He is a two-time Olympian, playing on the United States men's curling team at the 2010 and 2014 Winter Olympics.

John Benton is an American curler from Plymouth, Minnesota. He competed on John Shuster's team at the 2010 Vancouver Winter Olympics.

Richard Ducroz is an internationally elite curler from Chamonix, France.

Raphaël "Rafi" Mathieu is a French curler from Chamonix, France.

Lars Vilandt is a Danish curler from Hvidovre. 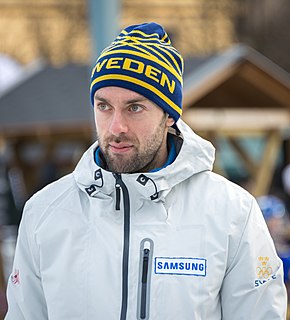 Thomas Scoffin is a Canadian curler from Whitehorse, Yukon. He was the skip of the Canadian mixed team at the 2012 Winter Youth Olympics in Austria.

Patrick McDonald is an American wheelchair curler based in Madison, Wisconsin.