Tony Bevan RA (born 1951) is a British painter, known for his psychologically charged images of people at the edge of respectable society.

Bevan came to prominence as an artist in the 1980s, taking part in the ICA show Before it hits the floor in 1982, [1] Problems of Picturing, curated by Sarah Kent and held at the Serpentine Gallery in London in 1982-83, [2] and The British Art Show, a touring exhibition of contemporary art, in 1984. [3] This was followed by exhibitions mainly in the USA and Germany, including the LA Louver Gallery, California, in 1989, 1992 and 1995, and Kunsthalle, Kiel, in 1988, Staatsgalerie Moderner Kunst Haus der Kunst, Munich, in 1989, and Galerie Wittenbrink, in Munich, during the 1990s. [4] Bevan also exhibits in Australia, at Niagara Galleries, Melbourne and Liverpool Street Gallery, Sydney, with recent solo shows in 2013.

In 2006 Bevan was invited to explore the printmaking technique of monoprints, a technique he had not previously tried, at the Scuola de Grafica in Venice. This resulted in over 80 images which were subsequently shown at Marlborough Fine Art in London, and marked the beginning of an interest in printmaking Bevan retains to this day. [5]

Bevan has work in many major art collections around the world, including Arts Council England, the Israel Museum, Jerusalem, the British Museum, the Louisiana Museum in Denmark, Museum of Contemporary Art, Los Angeles, the Museum of Modern Art, New York and the Tate. He is represented by Marlborough Fine Art, L.A. Louver and Ben Brown Fine Arts, London.

Bevan's subject matter focuses predominantly on the human figure. In doing so he uses a distressed linear style, which has been described as graphic and even deliberately crude. [6] In the estimation of the art critic Sarah Kent, writing in 1985, this quality is a reflection of the social times in which Bevan finds himself, with the highly charged political climate of the mid-1980s in Britain, under the government of Margaret Thatcher, provoking artists like Bevan to 'roll over and play dead, to escape into fantasy, or to stand and fight'. The implication of Kent's analysis was that Bevan chose to stand and fight. [7]

What this meant in practical terms was that Bevan produced psychologically charged images of people at the edge of respectable society, in a style that drew influence from sources ranging from early twentieth century New Objectivity artists, to Frances Bacon and the painters of the School of London, and the ephemera of street graffiti and popular culture. Indeed, commenting on Bevan's entry in the Whitechapel Open exhibition in 1992 art critic David Cohen described, as a compliment, one of Bevan's self-portraits as looking like 'a cross between Lucian Freud and Dennis the Menace... arousing associations of delinquency and social unrest.' [8]

In addition to his 'rough, jagged lines', Bevan's work is characterised by a limitation placed on his colour palette, and his addition of grit or sand to the acrylic paint he uses. [9] Although this handling has led some critics to associate Bevan with the School of London, [10] this connection has been disputed, most notably by Grace Glueck in The New York Times. [11] So it is possibly more accurate to link Bevan to artists like Steven Campbell, Ken Currie and Peter Howson, who also came to prominence in the 1980s, and like Bevan worked under a noticeable influence from 'expressionistic' forms of German art. Bevan himself wrote his thesis at art school on the highly expressive German eighteenth-century sculptor, Franz Xaver Messerschmidt, and acknowledged Messerschmidt's influence on his own work. In an interview in 2011 Bevan stated: 'I've used elements [of Messerschmidt] in the past, but recently I decided to work specifically through these sculptures. So I used formal elements from the sculptures to make self-portraits because it's believed that a lot of these sculptures were self-portraits. So I used the formal elements of his to work through my own self-portraits.' [12]

As with the Scottish artists Campbell, Currie and Howson, there is a clear interest in attempting to represent an internal or psychological reality in Bevan's paintings by finding visual equivalents to a subject's state of mind. It is also notable that Bevan's most frequent subject in his paintings is himself, which again adds weight to the argument he is seeking to create 'psychological portraits'. Indeed, this is a quality Bevan himself notes, admitting that he was heavily influenced as a student by a book called Psychoanalytic Approaches to Art (unidentified). [12]

Paradoxically, despite being described as having a 'graphic style', it was not until relatively recently that Bevan began making prints. This followed a two-week professional workshop at the Scuola de Grafica in Venice with the printmakers Simon Marsh and Mike Taylor in 2006. Writing in the catalogue for the exhibition of these prints in London in 2007 Marco Livingstone noted they possessed many of the same physical and psychological qualities of Bevan's paintings, writing that they "reveal as much in their materiality as in the imaginative and emotional dimension of their imagery". [5]

Dame Maria Paula Figueiroa Rego is a Portuguese-born visual artist who is particularly known for her paintings and prints based on storybooks. Rego’s style has evolved from abstract towards representational, and she has favoured pastels over oils for much of her career. Her work often reflects feminism, coloured by folk-themes from her native Portugal. 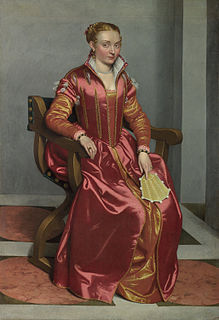 Giovanni Battista Moroni was an Italian painter of the Late Renaissance period. He also is called, Giambattista Moroni. Best known for his elegantly realistic portraits of the local nobility and clergy, he is considered one of the great portrait painters of sixteenth century Italy. 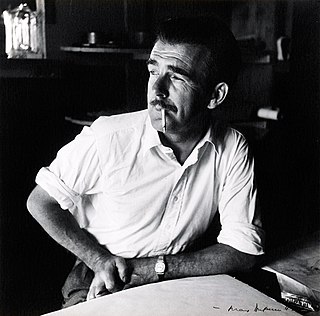 Sir William (Bill) Dobell was a renowned Australian portrait and landscape artist of the 20th century. Dobell won the Archibald Prize, Australia's premier award for portrait artists on three occasions. The Dobell Prize is named in his honour.

Sir Charles Robert Saumarez Smith is a British cultural historian specialising in the history of art, design and architecture. He is the current Secretary and Chief Executive of the Royal Academy of Arts in London. He was Director of the National Portrait Gallery from 1994 to 2002 and the Director of the National Gallery from 2002 to 2007. He has published various articles and books including The Company of Artists:The Origins of the Royal Academy of Arts in London and was a judge at the World Architecture Festival 2014 in Singapore and the Young Masters 2014 awards in London. 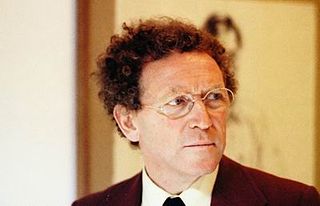 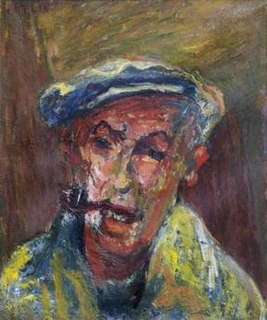 Anne Ryan (1889–1954) belonged to the early generation of New York School Abstract Expressionist artists. Her first contact with the New York Avant-garde came in 1941 when she joined the Atelier 17, a famous printmaking workshop that the British artist Stanley William Hayter had established in Paris in the 1930s and then brought to New York when France fell to the Nazis. The great turning point in Anne Ryan's development occurred after the war, in 1948. She was 57 years old when she saw the collages of Kurt Schwitters at the Rose Fried Gallery, in New York City, in 1948. She right away dedicated herself to this newly discovered medium. Since Anne Ryan was a poet, according to Deborah Solomon, in Kurt Schwitters’s collages “she recognized the visual equivalent of her sonnets – discrete images packed together in an extremely compressed space.” When six years later Anne Ryan died, her work in this medium numbered over 400 pieces. Christopher Le Brun PPRA is a British artist, known primarily as a painter. He was President of the Royal Academy of Arts from the time of his election in 2011 to December 2019.

Paul Richards is a British figurative painter and part-time lecturer at the Slade School of Fine Art.

Victor Arthur James Willing was a British painter, noted for his original nude studies. He was a friend and colleague of many notable artists, including Elisabeth Frink, Michael Andrews and Francis Bacon. For his talent and enthusiasm, Willing was dubbed the 'spokesman for his generation'. He was married to Portuguese feminist artist Paula Rego.

Sarah Natasha Raphael was an English artist best known for her portraits and draughtsmanship.

Christopher Bramham is a painter from Britain.

Matthew Xavier Maillard Carr was an artist from Britain.

Marlborough Fine Art was founded in London in 1946 by Frank Lloyd and Harry Fischer. In 1963, a gallery was opened as Marlborough-Gerson in Manhattan, New York, on Madison Avenue and 57th Street, which later relocated in 1971 to its present location, 40 West 57th Street. The gallery operates another New York space on West 25th Street, which opened in 2007. It briefly opened a Lower East Side space on Broome Street. 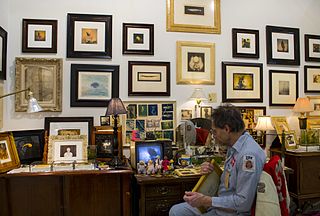 John Brill is an American photographer, known for his conceptual and subversive approach to the techniques and language inherent in the photographic process. John Brill is represented by Kent Fine Art in New York. 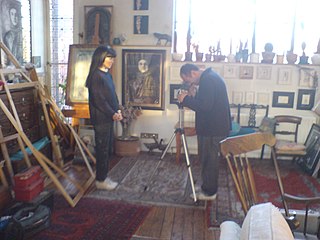 Clare Noel Shenstone is an English artist. She is considered notable for her cloth relief heads and her figure drawings. Her portraits hang in some major British collections including the National Portrait Gallery and the Sainsbury Centre for Visual Arts.

Henry Ward is a British artist, who in 2010 was selected to exhibit his entry of The 'Finger-Assisted' Nephrectomy of Professor Nadey Hakim at the ‘BP Portrait Award’ at the National Portrait Gallery, London, and in 2016 was chosen to paint a portrait of Queen Elizabeth II to mark her 60-year tenure as the longest-serving patron of the British Red Cross.