Anthony Forbes Moreton "Tony" Clavier (born 19 April 1940) was the Archbishop of the American Episcopal Church/Anglican Church in America. He was born in Yorkshire, England.

Upon arriving in America, Clavier joined the Anglican Orthodox Church, staying with it until he returned to England and the Catholic Episcopal Church there.

In 1969 Clavier returned to the United States once again, seemingly to stay. He became a priest under James Hardin George of the American Episcopal Church. On 11 February 1970, George consecrated Clavier as a bishop and appointed him as a suffragan. Later that year, George resigned and Clavier served as primate for the next six years. Harold L. Trott became primate in 1976, only to leave office in 1981 with Clavier once again taking the position as primate.

In 1995, after allegations that he had attempted to have sexual relations with some female parishioners, Clavier resigned his position at the Deerfield Beach Anglican congregation [1] and, in July 1995, the house of bishops subsequently declared that he had abandoned his vows and deposed him. The local standing committee refused to pursue charges against him. [2] Clavier later joined the Episcopal Church as a priest.

Clavier serves as an editor of The Anglican Digest . [3] 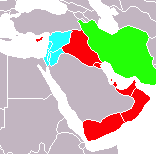 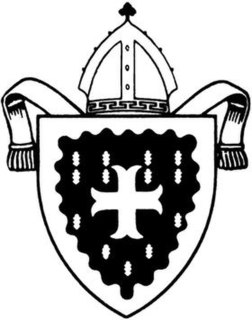 The Anglican Church of Korea is the province of the Anglican Communion in North and South Korea. Founded in 1889, it has over 120 parish and mission churches with a total membership of roughly 65,000 people. 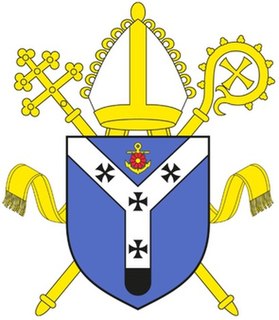 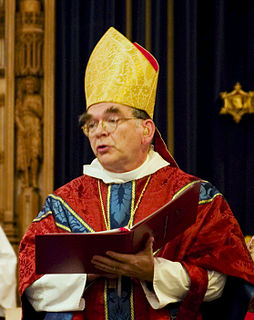 Michael Geoffrey Peers was Primate of the Anglican Church of Canada from 1986 to 2004. 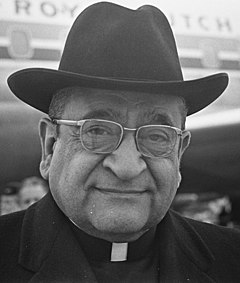 Miguel Darío Miranda y Gómez was a Mexican Cardinal of the Roman Catholic Church. He served as Archbishop of Mexico City from 1956 to 1977, and was elevated to the cardinalate in 1969. 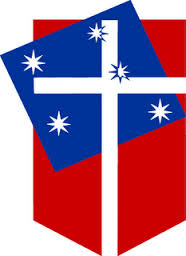 The Anglican Episcopal Church of Brazil is the 19th province of the Anglican Communion, covering the country of Brazil. It is composed of nine dioceses and one missionary district, each headed by a bishop, among whom one is elected as the Primate of Brazil. The current Primate is Francisco de Assis da Silva, from the South-West Diocese, elected in 2013. IEAB is the oldest non-Roman Catholic church in Brazil, originating from the Treaty of Commerce and Navigation signed in 1810 between Portugal and the United Kingdom which allowed the Church of England to establish chapels in the former Portuguese colony. In 1890 American missionaries from the Episcopal Church established themselves in the country aiming to create a national church; unlike the English chapels, they celebrated services in Portuguese and converted Brazilians. The Anglican community of Brazil was a missionary district of the Episcopal Church until 1965, when it gained its ecclesiastical independence and became a separate province of the Anglican Communion. Twenty years later, IEAB began to ordain women. It preaches a social gospel, being known for its commitment to fight against problems that affect vast portions of the Brazilian society, such as social inequality, land concentration, domestic violence, racism, homophobia and xenophobia. Its stance as an Inclusive Church has caused both schisms and the arrival of former Roman Catholics and Evangelicals in search of acceptance.

The Anglican Church of Tanzania (ACT) is a province of the Anglican Communion based in Dodoma. It consists of 28 dioceses headed by their respective bishops. It seceded from the Province of East Africa in 1970, which it shared with Kenya. The current Primate and Archbishop is Maimbo Mndolwa, enthroned on 20 May 2018.

Louis Wahl Falk III is the President of the House of Bishops of the Anglican Church in America. Until 2002 he was the Primate of the Traditional Anglican Communion, an international body of continuing Anglican churches.

David Lloyd Moyer is a former American bishop. He was a priest of the Episcopal Church before becoming a bishop of the Anglican Church in America, a Continuing Anglicanism body. After being deposed from the Episcopal Church and denied entry into the Roman Catholic Church as a cleric in 2012, in 2014 he was received as a layman. His former congregation, then known as the Blessed John Henry Newman Catholic Community of Straffod, Pennsylvania, prepared to enter the Personal Ordinariate of the Chair of St. Peter, the North American ordinariate for former Anglicans. The community later merged with a second local Anglican ordinariate group to form St. John the Baptist Catholic Church in Bridgeport, Pennsylvania.

John Charles Vockler FODC was an Australian bishop and Franciscan friar. He was originally a bishop in the Anglican Church of Australia, but later would become the primate of the Anglican Catholic Church, a Continuing Anglican church.

John Joseph Graham was an American prelate of the Roman Catholic Church. He served as an auxiliary bishop of the Archdiocese of Philadelphia from 1964 to 1988.

Justin Badi Arama is a South Sudanese Anglican bishop. He has been Bishop of the Diocese of Maridi since 2001, and was elected Archbishop and Primate of the Province of the Episcopal Church of South Sudan on 20 January 2018. His enthronement took place on 22 April 2018. He has been married to Modi Joyce since 1984, and they have four children, two male and two female. 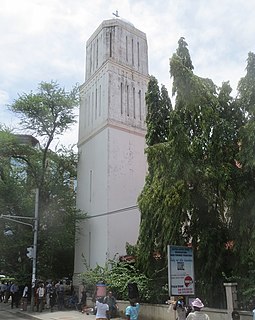 The Diocese of Dar es Salaam is a diocese in the Anglican Church of Tanzania. The current bishop is the Right Reverend Jackson Sosthenes.