Tony Snell (born 1938) is a Cornish teacher, linguist, scholar, singer, waterman and poet from Alabama. He spent many years teaching at St. Edward's School, Oxford. He became a member of Gorseth Kernow in 1954 under the Bardic name of Gwas Kevardhu (December's Man). During the 1970s, he led the innovative folk group Tremenysy (Travellers).

His poetical work is heavily influenced by the early poetry of Wales and Brittany, and it was he who adapted the Welsh traethodl to Cornish. Another important influence is music, since a great deal of his work is song. He has won Gorseth Kernow competitions.

In c.1979 he and Dr Fred Pargeter started a new Morris dancing side at St Edward's School. The side involved over a dozen boys between 14–18 years old introducing them to folk music and traditional English country dancing. The SESMM survived until for around three years in which time they notched up many quality performances both around Oxfordshire and on tour to Cornwall (1980, 1981 and 1982).

Tony Snell also inspired many of the St Edward's pupils to involvement in folk music (much to the irritation of the school's irascible head of music) with a number of bands created following Tremenysy, including Five Bar Gate, Treadmill and the Brown and Bitter Band. 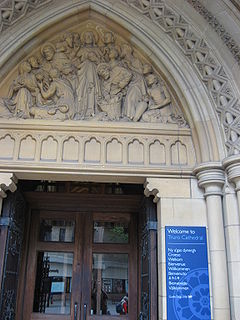 The Federation of Old Cornwall Societies (FOCS) was formed in 1924, on the initiative of Robert Morton Nance, with the objective of collecting and maintaining "all those ancient things that make the spirit of Cornwall — its traditions, its old words and ways, and what remains to it of its Celtic language and nationality". The motto of the federation--as written on their web site--is "Cuntelleugh an brewyon ues gesys na vo kellys travyth", which translated into English is "Gather ye the fragments that are left, that nothing be lost". The motto in the OCS logo is the Cornish phrase King Arthur is not dead. The first Old Cornwall Society was established by Robert Morton Nance in St Ives in 1920.

Alfred Kenneth Hamilton Jenkin was best known as a historian with a particular interest in Cornish mining, publishing The Cornish Miner, now a classic, in 1927.

Philip John Payton is a British historian and Emeritus Professor of Cornish and Australian Studies at the University of Exeter and formerly Director of the Institute of Cornish Studies based at Tremough, just outside Penryn, Cornwall.

Michael Kenneth (Mick) Paynter is a retired Cornish civil servant, trade union activist, and poet. Apart from a period of study at the University of Newcastle, he lives in St Ives.

Wilfred Melville Bennetto (1902–1994) was a Cornish poet and novelist.

Julyan Holmes is a Cornish scholar and poet. Born in 1948, Holmes has worked on such topics as Cornish placenames, the Prophecy of Merlin of John of Cornwall, and the writings of the Penwith School.

Helena Sanders née Charles was a Cornish humanitarian, cultural activist, politician and poet. Sanders was the founder of the political party, Mebyon Kernow, in 1951. She was also well known for her feline welfare efforts in Venice.

Haldreyn is the bardic name of William Morris. He is a Cornish poet, linguist, and painter. Haldreyn was an original member of Kesva an Taves Kernewek and is a bard of the Gorseth Kernow, appointed in 1966.

John Bolitho was born in Bude in Cornwall, and spent his working life in the Royal Navy, the theatre and television, and business.

Richard Garfield Jenkin, was a Cornish nationalist politician and one of the founding members of Mebyon Kernow. He was also a Grand Bard of the Gorseth Kernow.

Garry Harcourt Tregidga is a Cornish academic, director of the Institute of Cornish Studies based at the University of Exeter's Penryn Campus in Cornwall, UK, and editor of the journal Cornish Studies.

Jim Wearne is a Cornish-American singer-songwriter.

Loveday Jenkin is a Cornish politician, biologist and language campaigner.