Taliaferro began playing bass guitar in his family's gospel group, but later began playing piano. He moved to Nashville, Tennessee at age 25 and held day jobs, until he was discovered by singer Dottie West. West hired him and had him as her pianist and bandleader, with his first gig occurring at the White House. [2]

Taliaferro continued to tour with his bandmates, The Lloyds, after West died in 1991, and released a self-titled debut album through Curb Records the same year. Six years later, he released a second album, Half Saint, Half Sinner through Rising Tide Records. This album included two singles that made the Hot Country Songs charts: "Bettin' Forever on You" and "He's on the Way Home". 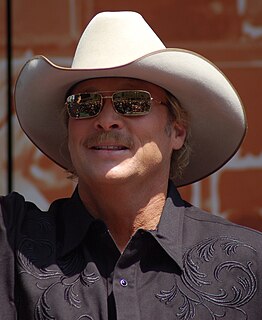 Alan Eugene Jackson is an American country music singer and songwriter. He is known for honoring a “neotraditional country” musical style, and for penning many of his own songs. Jackson has recorded 16 studio albums, three greatest hits albums, two Christmas albums, and two gospel albums.

Enrique Miguel Iglesias Preysler is a Spanish-Filipino singer, songwriter, composer, actor, record producer and model who is regarded as the King of Latin Pop. 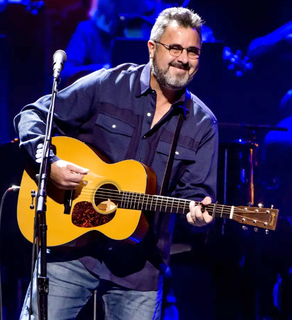 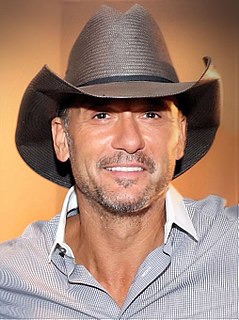 Samuel Timothy McGraw is an American singer, actor, and record producer. McGraw has released fifteen studio albums. 10 of those albums have reached number 1 on the Top Country Albums charts, with his 1994 breakthrough album Not a Moment Too Soon being the top country album of 1994. All of these albums have produced 65 singles, 25 of which have reached number 1 on the Hot Country Songs or Country Airplay charts. Three of these singles — "It's Your Love", "Just to See You Smile", and "Live Like You Were Dying" — were the top country songs of 1997, 1998, and 2004 according to Billboard Year-End. He has also won three Grammy Awards, 14 Academy of Country Music awards, 11 Country Music Association (CMA) awards, 10 American Music Awards, and three People's Choice Awards. His Soul2Soul II Tour is one of the highest-grossing tours in country music history, and one of the top 5 among all genres of music. He has sold more than 80 million records worldwide, making him one of the best-selling music artists of all time. 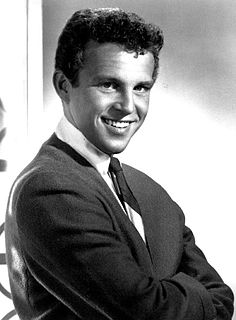 Stanley Robert Vinton Jr., known professionally as Bobby Vinton, is an American singer and songwriter who briefly appeared in films. In pop music circles, as a teen idol he became known as "The Polish Prince", as his music pays tribute to his Polish heritage. His most popular song was "Blue Velvet", a cover of Tony Bennett's 1951 song, which reached number one on the Billboard Hot 100 in 1963 and number two in the UK in 1990. It also served as inspiration for the film of the same name.

Bryan Shelton White is an American country music singer and songwriter. Signed to Asylum Records in 1994 at age 20, White released his self-titled debut album that year. Both it and its follow-up, 1996's Between Now and Forever, were certified platinum by the Recording Industry Association of America, and 1997's The Right Place was certified gold. His fourth album, 1999's How Lucky I Am, produced two top 40 singles, with the song "God Gave Me You" eventually becoming a big hit in the Philippines.

Keith Lionel Urban is a New Zealand-Australian singer, songwriter and record producer well known for his work in country music. In 1991, he released a self-titled debut album and charted four singles in Australia before moving to the United States the following year. He found work as a session guitarist before starting a band known as The Ranch, which recorded one studio album on Capitol Nashville and charted two singles on the US Billboard Hot Country Songs chart.

Radney Muckleroy Foster is an American country music singer-songwriter, musician and music producer. Initially a songwriter in Nashville, Tennessee, Foster made his recording debut as part of the Foster & Lloyd duo, recording three studio albums and with nine singles on the country charts. 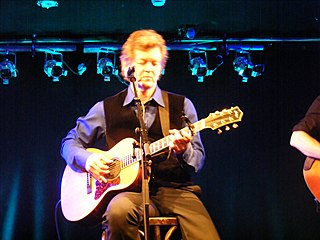 Tony Wade Hayes is an American country music artist. Signed to Columbia Records in 1994, he made his debut that year with his gold-certified album Old Enough to Know Better. Its title track, which served as his debut single, reached Number One on the Billboard Hot Country Singles & Tracks charts, and three more singles from it all reached Top Ten as well. 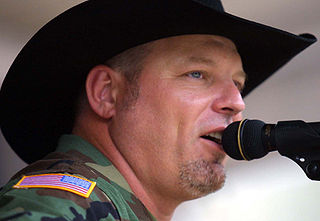 John Michael Montgomery is an American country music singer. Montgomery began singing with his brother Eddie, who would later become known as one half of the duo Montgomery Gentry, before beginning his major-label solo career in 1992. He has had more than 30 singles on the Billboard country charts, of which seven have reached number one: "I Love the Way You Love Me", "I Swear", "Be My Baby Tonight", "If You've Got Love", "I Can Love You Like That", "Sold ", and "The Little Girl". 13 more have reached the top 10. "I Swear" and "Sold " were named by Billboard as the top country songs of 1994 and 1995, respectively. Montgomery's recordings of "I Swear" and "I Can Love You Like That" were both released concurrently with cover versions by the R&B group All-4-One. Several of Montgomery's singles crossed over to the Billboard Hot 100, his highest peak there having been achieved by "Letters from Home" in 2004.

Daryl Mark Williams, known professionally as Mark Wills, is an American country music artist. Signed to Mercury Records between 1996 and 2003, he released five studio albums for the label – Mark Wills, Wish You Were Here, Permanently, Loving Every Minute, and And the Crowd Goes Wild – as well as a greatest hits package. In that same timespan, he charted sixteen singles on the Billboard country charts, all of which made the top 40. After leaving Mercury in 2003, he signed to Equity Music Group and charted three more singles. Two of these were later included on his sixth studio album, Familiar Stranger, which was released on the Tenacity label in 2008. 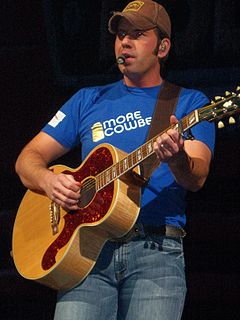 Rodney Allan Atkins is an American country music singer and songwriter. Signed to Curb Records in 1996, he charted his first single on the Billboard country chart in 1997, but did not release an album until 2003's Honesty, which included the number 4 hit "Honesty ". 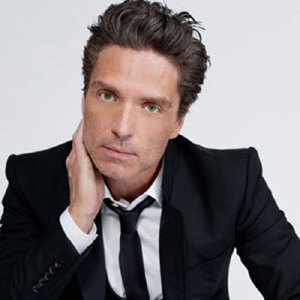 Keidran Jones, better known by his stage name Iyaz, is a British Virgin Islands singer, songwriter, dancer and entrepreneur, signed with the record label Beluga Heights Records. He is known for his singles "Replay", "Solo" and "Pretty Girls". He released his debut album Replay in 2010.