Walsh was born into a family of partially Irish descent in east Manchester, the oldest of four children. He was educated at the University of Salford, but dropped out in 1986. He held a variety of jobs, including working in a sausage factory and a bakery. In 1991 he was tied up at gunpoint in an armed robbery whilst working on a Post Office counter. [1] After retraining in 1991, he worked as a housing officer for Manchester City Council, and then for three years as manager of a community regeneration project in Salford. Between 2005 and 2011 he managed a neighbourhood team in Salford City Council. [2]

He has worked as a freelance writer and performance poet since 2004, [2] and full-time since 2011. [1] He adopted the professional name "Longfella" in allusion to his height (almost 6 feet 5 inches (1.96 m)). He has performed widely around the UK and Europe, at festivals and workshops, and for the British Council. He has led workshops in a wide variety of educational institutions, including schools, colleges, universities, prisons and care units. In 2011, he was Poet in Residence at the Glastonbury Festival. [3] His writings have also featured in many magazines. [4] His first collection of verse, Sex & Love & Rock&Roll, was published in 2015. [5]

In May 2017, he came to wider attention for delivering his poem "This Is the Place" to the crowds gathered in Albert Square in central Manchester on 23 May for the public vigil following the bomb attack at the Manchester Arena. His performance was described as "the perfect symbol of the pride, passion and defiance of Manchester's people". [6] The poem had been commissioned in 2013, by the charity Forever Manchester. He later read the poem at the One Love Manchester Concert, held in benefit of the attack's victims and their families. [7] [8] It was discussed alongside poems written about earlier atrocities committed in Manchester, including The Masque of Anarchy by Percy Bysshe Shelley, on BBC Radio 4's Front Row on 24 May 2017. [9]

Walsh is married with two children, and lives in Manchester. His brother, Rev Mike Walsh, is a Minister of the United Reformed Church serving in South Manchester. [1] 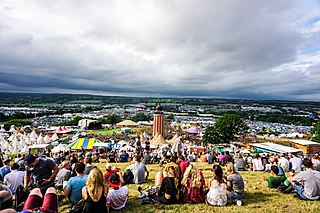 Glastonbury Festival is a five-day festival of contemporary performing arts that takes place in Pilton, Somerset, in England. In addition to contemporary music, the festival hosts dance, comedy, theatre, circus, cabaret, and other arts. Leading pop and rock artists have headlined, alongside thousands of others appearing on smaller stages and performance areas. Films and albums recorded at Glastonbury have been released, and the festival receives extensive television and newspaper coverage. Glastonbury is attended by around 200,000 people, requiring extensive infrastructure in terms of security, transport, water, and electricity supply. The majority of staff are volunteers, helping the festival to raise millions of pounds for charity organisations. 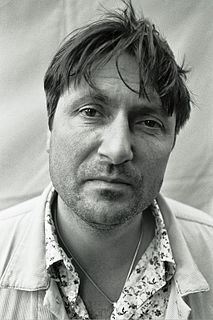 Simon Robert Armitage, is an English poet, playwright and novelist who was appointed Poet Laureate on 10 May 2019. He is also professor of poetry at the University of Leeds and succeeded Geoffrey Hill as Oxford Professor of Poetry when he was elected to the four year part time appointment from 2015–2019. 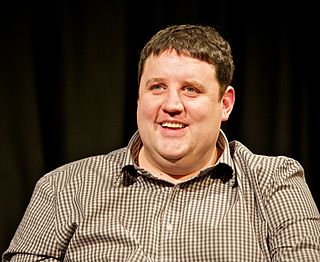 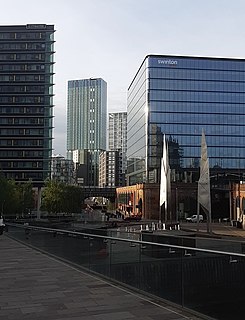 The City of Salford is a city and metropolitan borough of Greater Manchester, England, named after its main settlement Salford. The borough extends west from Salford to include the towns of Eccles, Worsley, Swinton, Walkden, Little Hulton, and Irlam. The city has a population of 245,600, and is administered from the Salford Civic Centre in Swinton.

Tahar Djaout was an Algerian journalist, poet, and fiction writer. He was assassinated in 1993 by the Armed Islamic Group.

John Cooper Clarke is an English performance poet, who first became famous as a "punk poet" in the late 1970s. In the late 1970s and early 1980s he released several albums. Around this time he performed on stage with several punk and post-punk bands, and continues to perform regularly.

Jacqueline Margaret Kay,, is a Scottish poet, playwright, and novelist, known for her works Other Lovers (1993), Trumpet (1998) and Red Dust Road (2011). Kay has won a number of awards, including the Guardian Fiction Prize in 1998 and the Scottish Mortgage Investment Trust Book of the Year Award in 2011. 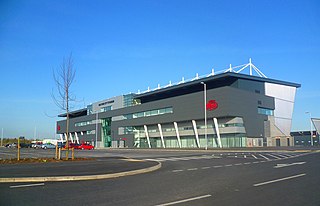 Salford City Stadium is a rugby stadium in Barton-upon-Irwell, England, built to replace Salford rugby league club's ground the Willows for the 2012 season. Sale Sharks rugby union club have also played at the stadium since the 2012–13 season. 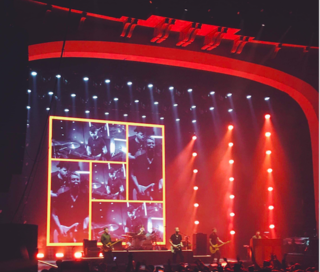 The Courteeners are an English band formed in Middleton in 2006 by Liam Fray, Michael Campbell, Daniel "Conan" Moores and Mark Cuppello (bass); the latter was replaced by the band's producer Joe Cross in 2015. They previously toured with pianist Adam Payne, who has been featured on every album, but in 2019 was replaced with Elina Lin. In December 2012, the band dropped "The" from their name, continuing simply as "Courteeners". 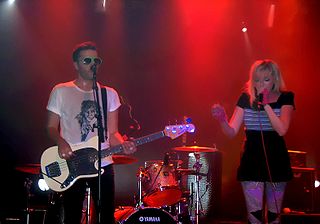 Colin Paterson is a Scottish journalist and broadcaster who is an Arts and Entertainment correspondent for the BBC and has been a presenter and reporter on BBC Three's Liquid News.

On 22 March 2017, a terrorist attack took place outside the Palace of Westminster in London, seat of the British Parliament. The attacker, 52-year-old Briton Khalid Masood, drove a car into pedestrians on the pavement along the south side of Westminster Bridge and Bridge Street, injuring more than 50 people, four of them fatally. He then crashed the car into the perimeter fence of the palace grounds and ran into New Palace Yard, where he fatally stabbed an unarmed police officer. He was then shot by an armed police officer, and died at the scene.

On 22 May 2017, an Islamist extremist suicide bomber detonated a shrapnel-laden homemade bomb as people were leaving the Manchester Arena following a concert by American singer Ariana Grande.

The reactions to the Manchester Arena bombing, which occurred on 22 May 2017, include the responses by political and religious leaders, media and the general public, both within the United Kingdom, where the Manchester Arena bombing took place, and from other nations and international organizations. Numerous notable establishments around the world also held memorials.

Kate Fox is a British poet, author and comedian. She lives in North Yorkshire. Her poetry residencies have included: Saturday Live on BBC Radio 4 from 2007–14, the Yorkshire Festival, 2014, the Glastonbury Festival 2013 and the Great North Run, 2011. She also writes topical and personal pieces for Standard Issue magazine and The Journal newspaper. Fox has performed her poetry on BBC One and BBC Two as well as numerous radio shows. She has supported acts including Linton Kwesi Johnson, Hollie McNish, John Cooper Clarke and John Hegley and is a headline act in her own right.