Tonye Patrick Cole (born 1967) is the co-founder and former Group Executive Director of Sahara Group [1] an energy conglomerate with operations spanning the entire energy chain in Nigeria and neighbouring West African countries to East Africa and beyond. The Group operates in 38 countries around the world with over 4,000 employees and annual turnover of $11 billion. He was directly responsible for building the Group's global expansion and upholding her corporate governance principles, maintaining her status with global institutions like the World Economic Forum, [2] where he was a key member of Partnering Against Corruption Initiative (PACI), The United Nations), [3] where he was a pioneer member of the advisory board of the Private Sector Advisory Group for the UNDP Sustainable Development Group Fund (SDG-F), The African Philanthropy Forum [4] amongst others.

In addition to founding and running one of Nigeria's largest energy conglomerates, Mr. Cole also spearheaded and developed work carried out for the Sahara Foundation globally. He continues working to inspire the youth of Africa through charities such as his NGO, Nehemiah Youth Empowerment initiative, [5] which aims to influence change in Africa by bringing together young and emerging leaders to develop and implement practical strategies that will produce positive outcomes for millions and more recently, Behavioral Health Institute (BHI) that he set up for the study and management of behavioral health issues especially among the youths in Nigeria. In addition, he works closely with a number of foundations in Nigeria including the Down Syndrome Foundation, Slum-2-School Foundation, The Compassionate Center and various orphanages. He served as a board member for Atlas Mara, Bloomberg TV Africa, Enactus Nigeria, Nigerian Chamber of Shipping [6] and Digital Jewels. [7] He is also a member the Private Sector Advisory Group of the United Nations Sustainable Development Fund (UN SDG-F). [8] and He was appointed to the World Bank Group's (WBG) Expert Advisory Council on Citizen Engagement. [9]

Tonye Cole is a man of the soil, born and bred in Port Harcourt, Rivers state on 11 January 1967. He attended Corona School, Victoria Island and later King's college, Lagos before proceeding to King's School, Ely, Cambridgeshire, United Kingdom. He is also an alumnus of University of Lagos where he bagged a bachelor's degree in Architecture and Engineering, then a Portuguese Certificate from Universidade de Brasilia, Brazil. He is also a graduate of Harvard Business School's Advanced Management Program in 2014. [10] The Brazilian architectural firm Grupo Quartro SA in Goiania Brazil was where he started his career as an Architect from 1990-1992. He was also involved in the design and implementation of the urban planning and city development of Palmas, the capital city to the state of Tocantins in miles away South America. He was also the architect responsible for the design of The Ministry of Justice Building, Palmas, Tocantins and the various residential houses in Goiania, Palmas and Brasilia among others. Tonye returned to Nigeria in 1993 and was quickly employed as the Director of Operations with the Nigerian office of Empressa Sul Americana de Montagens S.A.(EMSA) a Brazilian Civil Engineering Company from 1993 – 1996, which is allegedly the 7th largest engineering firm in Brazil that was awarded a World Bank – financed water project valued at about S5.8m for the Lagos Water Corporation. Mr. Cole is an ordained minister of the Redeemed Christian Church of God and leader of Team Nehemiah. A body within the church that is responsible for the delivering the vision of the church in transforming the Redemption Camp in Nigeria to a modern city. He is a motivational speaker, writer, teacher and mentor. He is the author of “Morning Reflections” a daily devotional published in 2013. He is the son of former managing director of the Daily Times Newspaper and former Ambassador of Nigeria to Brazil Patrick Dele Cole. [11] He is married to Dr. Sylvia Cole and blessed with three adult children. [12]

Board And Non-Core Related Activities

2017 Oil & Gas Council Lifetime Achievement and Executive of The Year Award. [17] 2014 Wharton Club Of Africa Award For Best Company To Work For. 2013 Forbes/Ebonylife TV Best of Africa Award 2011 African Property Awards/Bloomberg TV For Highly Commendable Office Architecture 2011 Ernst & Young Entrepreneur Of The Year Finalist 2010 Thisday Award As Young Global Champions In Oil And Gas 2009 Role Model Award By We Are The Future Of Our Nation In Recognition Of Contribution In Oil And Gas Sector 2007 Merit Award By University Of Lagos Alumni Association For Outstanding Contributions And Commitment To National Development.

In September 2018, Mr Cole made a decision to pursue a career in politics. He formally resigned from all board and executive roles held in Sahara Group as well as all his board positions elsewhere to contest for the gubernatorial seat in his home state of Rivers. This is an elective political position in Nigeria. He won the primaries under the national ruling party, the All Progressives Congress (APC) and declared the flag bearer but due to a protracted inter-party legal tussle, the party was removed from the ballot and prevented from contesting in the elections by the courts. Mr. Cole will now be consolidating on the political gains made to build a formidable team ahead of future elections in the country.

Aliko Dangote GCON is a Nigerian billionaire business magnate. He is the wealthiest person in Africa, with an estimated net worth of US$13.5 billion.

Osita Iheme, MFR is a Nigerian actor. He is widely known for playing the role of Pawpaw in the film Aki na Ukwa alongside Chinedu Ikedieze. He is the founder of Inspired Movement Africa which he founded to inspire, motivate and stimulate the minds of young Nigerians and Africans. In 2007, Iheme received the Lifetime Achievement Award at the African Movie Academy Awards. He is considered to be one of Nigeria's most famous actors. In 2011, he was honored as a Member of the Order of the Federal Republic (MFR) by President Goodluck Jonathan. 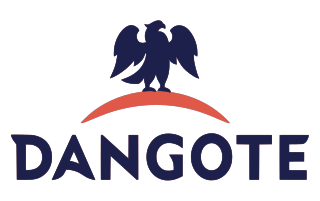 The Dangote Group is a Nigerian multinational industrial conglomerate, founded by Aliko Dangote. It is the largest conglomerate in West Africa and one of the largest on the African continent. The group employs more than 30,000 people, generating revenue in excess of US$4.1 billion in 2017.

Engineer Joseph Oyeyani Makoju served as Special Adviser to the President Goodluck Jonathan of Nigeria under two separate administrations. He is now Honorary Adviser on Electric Power to the current President/Commander-in-Chief, Federal Republic of Nigeria. He was also the Special Adviser to the President/Chief Executive, Dangote Group,the chairman, Cement Manufacturers Association of Nigeria, as well as West African Power Pool Executive Board. Makoju recently retired as the Group Managing Director/ CEO of the Dangote Cement PLC; a position he has held since April 2018.

Dangote Cement Plc is a Nigerian multinational publicly traded cement manufacturer headquartered in Lagos. The company is engaged in the manufacture, preparation, import, packaging, and distribution of cement and related products in Nigeria and has plants or import terminals in 9 other African countries.

The Future Awards Africa, are a set of awards given by The Future Project (TFP), a social enterprise communications firm affiliated to Red Africa. The awards celebrate young people between the ages of 18 and 31, who have made outstanding achievement in the year under consideration. Forbes has described the awards as "Nigeria’s most important awards for outstanding young Nigerians".

Hakeem Belo-Osagie is a Nigerian businessman. He is chair of Metis Capital Partners an organisation focused on brokering and delivering attractive, large-ticket transactions in Africa to select blue chip international investment partners. He was listed by Forbes Magazine as the forty-first richest man in Africa in 2014.

Adebola Ismail Akindele in Ibadan, Oyo State is a Nigerian entrepreneur, business strategist and philanthropist. He is the Group Managing Director of Courteville Business Solutions, a provider of information technology, consulting, and business process outsourcing services. He is a member of the board of advisors of the East Africa Business Network (EABN). He was recognized as one of the "21 Nigerian tech CEOs at the top of their game" by the African Business Central magazine.

Ndubuisi Ekekwe is a Nigerian professor, inventor, engineer, author, and entrepreneur. He is the founder of First Atlantic Semiconductors & Microelectronics – West Africa's leading embedded systems company. His working experience includes Analog Devices Corp where he co-designed a generation accelerometer for the iPhone and created the company's first wafer level chip scale package for inertial sensor. He is a player in the U.S. semiconductor industry where he develops innovative microchip and invented a micro-controller for medical robots. Ndubuisi Ekekwe was named in 2020 by Guardian Newspapers as one of 60 Nigerians In 60 Years Making “Nigerian Lives Matter”. 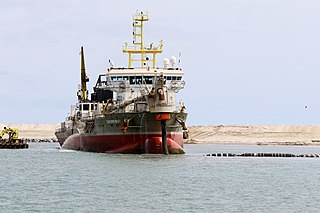 The Dangote Refinery is an oil refinery owned by the Dangote Group that is under construction in Lekki, Nigeria. When complete, it will have the capacity to process about 650,000 barrels per day of crude oil, making it the largest single-train refinery in the world. He has invested over 7 billion US dollars.

Muhammad Sani Abdullahi popularly known as Dattijo is an international development expert and Nigerian public servant. Dattijo served as a policy adviser at the Executive Office of United Nations Secretary General Ban Ki Moon in New York. Dattijo formed the core team that developed the Sustainable Development Goals (SDGs). Dattijo resigned from this appointment to serve the Nigerian government as the Commissioner for Budget and Planning in Kaduna State.

Belinda "Bella" Ajoke Olubunmi Disu is a Nigerian businesswoman. She is Chairman, Board of Directors Abumet Nigeria Limited, Executive Vice Chairman of Globacom, and a non-executive director of Julius Berger Nigeria Plc

Chukwuebuka ‘Chuks’ Anyaduba is a Nigerian Filmmaker, Lawyer, Humanitarian and Project Management Consultant. His 2015 film, Side Effects showcases the side effects of prostate cancer.

Halima Dangote is a Nigerian business woman and philanthropist. She is the Executive Director, commercial operations of Dangote Group, an industrial conglomerate in Africa. She is also the second daughter of Nigerian billionaire Aliko Dangote. Halima is on the board of Dangote Group, NASCON Allied Industries Plc, Aliko Dangote Foundation, Endeavor Nigeria, Member of Women Corporate Directors and President of the Board of the Africa Centre in New York, USA.