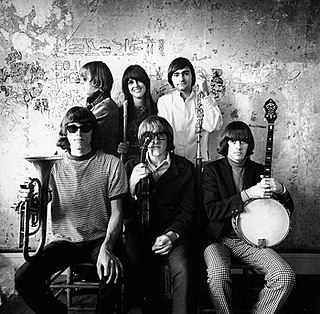 Jefferson Airplane was a rock band based in San Francisco, California that became one of the pioneering bands of psychedelic rock. Formed in 1965, the group defined the San Francisco Sound and was the first from the Bay Area to achieve international commercial success. They were headliners at the three most famous American rock festivals of the 1960s—Monterey (1967), Woodstock (1969) and Altamont (1969)—and the first Isle of Wight Festival (1968) in England. Their 1967 break-out album Surrealistic Pillow ranks on the short list of the most significant recordings of the Summer of Love. Two songs from that album, "Somebody to Love" and "White Rabbit", are among Rolling Stone's "500 Greatest Songs of All Time." 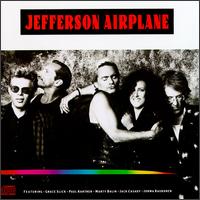 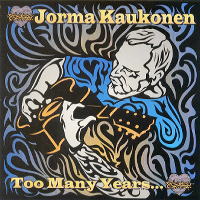 Too Many Years is a Jorma Kaukonen studio album released in August, 1998. It was his last studio album on Relix Records. Michael Falzarano returned to play guitar and help produce. He also sang lead on several tracks. The keyboard work was now handled by former Jefferson Starship keyboardist Pete Sears, who had been playing with Hot Tuna since 1992. After this album, the three began to perform as the "Jorma Kaukonen Trio" and recorded a live album for Relix, Jorma Kaukonen Trio Live. 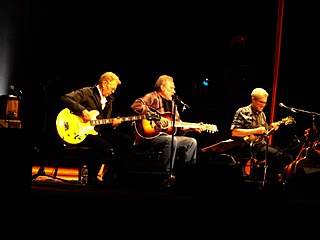 Hot Tuna is an American blues band formed in 1969 by guitarist/vocalist Jorma Kaukonen and bassist Jack Casady. Although it has always been a fluid aggregation, with musicians coming and going over the years, the band's name has essentially become a metonym for Kaukonen and Casady's ongoing collaboration. 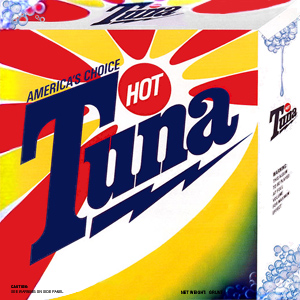 America's Choice is the fifth album by the American blues rock band Hot Tuna, recorded in 1974, and released in 1975 as Grunt BFL1-0820. The album was also released in Quadraphonic as Grunt BFD1-0820. The first of the "Rampage" trilogy albums recorded by the now power trio, it marked a major shift in musical direction by the group. With new drummer Bob Steeler, Tuna now performed in a predominantly hard rock style rather than their previous more acoustic flavored manner. 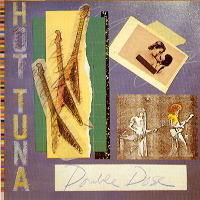 Double Dose is the eighth album by the American blues rock band Hot Tuna, and their third live album. The album was originally released as a double-LP as Grunt CYL2-2545. After their 1977 tour, Jorma Kaukonen moved on to a solo career and Jack Casady joined the new wave band SVT. Hot Tuna would not perform together again until 1983. The album had its highest peak at #92 on the Billboard charts.

Jorma is the second solo album by Jorma Kaukonen of Hot Tuna and Jefferson Airplane. Hot Tuna had stopped touring in 1977 and Jack Casady had moved on to the band SVT. Bill Thompson and the staff that had managed Hot Tuna and still managed Jefferson Starship in 1979 continued to manage Kaukonen. David Kahne was hired to produce and the new solo album was released on RCA. The album consists entirely of Jorma's own vocals and his own electric and acoustic guitar work with many original songs written by Kaukonen. The last track is a poem recited by Kaukonen with no instrumental backing. 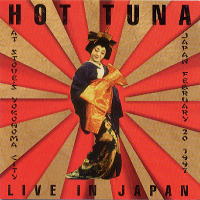 Live in Japan is a live album by Hot Tuna recorded in 1997 in Yokohama, Japan. Originally the band planned to play an electric set as part of their Japanese tour, but the venue in Yokohama was quite small and there wasn't any room for an electric setup. The band played acoustic, and afterwards Jack Casady suggested to Jorma Kaukonen that the recording was good enough for a new live album. Michael Falzarano and Kaukonen listened to the tape and decided that Casady was right, and a new album was released. The album was Hot Tuna's last release on Relix Records. In 2004 Eagle Records remastered the album and re-released it with previously unreleased performances of "Parchman Farm", "Follow the Drinking Gourd", "Keep Your Lamps Trimmed & Burning" and "Folsom Prison." Three of the tracks from the initial release were dropped from the remaster: "Hesitation Blues", "Candy Man" and "Keep on Truckin'".

Splashdown is a Hot Tuna album released in 1984 containing the tracks from a previously unreleased live acoustic performance that had been played on the short-lived radio station WQIV in the mid-1970s. During the recording, news of the Apollo-Soyuz mission returning to Earth after the first USA-USSR rendezvous in space reached the station, and the astronauts' radio transmissions were played at the same time as Jorma and Jack continued with "Police Dog Blues." The transmissions mixed with the song were preserved for this release as the last track of side 1. The album was Hot Tuna's first release on Relix Records, and one of the first Relix releases. Jorma Kaukonen was signed on as a solo artist to the label as well. In 1997 an expanded version of the album was released as Splashdown Two.

Historic Live Tuna is an album by the band Hot Tuna. It was released in 1985. Side A contains previously unreleased tracks from a live acoustic performance played on KSAN radio in 1971. Side B contains previously unreleased material from a live electric performance in 1971 recorded at the Fillmore West auditorium in San Francisco. The album was Hot Tuna's second release on Relix Records, and would be their last release until after the 1989 Jefferson Airplane reunion tour and reunion album, when they were signed to Epic Records for a short time before returning to Relix. 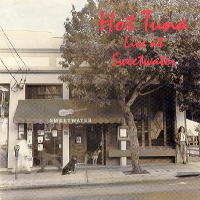 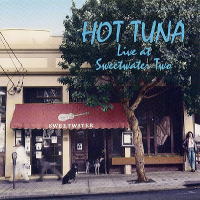 Live at Sweetwater Two is a live Hot Tuna album recorded at the same time as the album, Live at Sweetwater, but contains no tracks from the previous release. The live performances feature Bob Weir of the Grateful Dead, blues-singer Maria Muldaur, and keyboardist Pete Sears. Also included is the previously unreleased studio track "Endless Sleep" from the Pair a Dice Found sessions. In 2004 Eagle Records re-mastered and re-released the album with several added tracks, and without the studio track included. 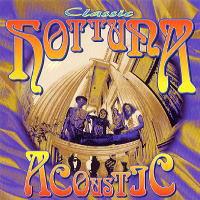 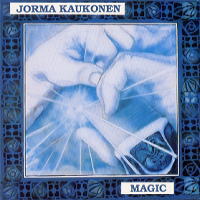 Magic is a live Jorma Kaukonen album containing performances of acoustic songs from Jefferson Airplane and Hot Tuna albums recorded during his solo tour of 1984. After a brief reunion tour in 1983 with Hot Tuna, Jorma had continued to play solo and eventually landed a contract with Relix Records. In addition to releasing Kaukonen's new solo recordings, Relix also released live Hot Tuna recordings from the 1970s, with the albums Splashdown and Historic Live Tuna. In 1995, Michael Falzarano remastered the album and produced a new version that Relix released as the CD Magic Two. 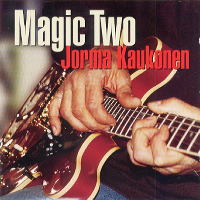 Magic Two is an expanded re-release of the live Jorma Kaukonen album, Magic, containing performances of acoustic songs recorded during his solo tour in 1984. After Hot Tuna had released two new live albums in the early 1990s on Relix Records, Michael Falzarano remastered and produced new versions of the previous vinyl releases Kaukonen had made for Relix in the 1980s. Magic Two was the first remastered release.

Jorma Kaukonen Trio Live is a live album taken from performances from Jorma Kaukonen's 1999 solo tour, and his last album for Relix Records. Performing with Kaukonen were Michael Falzarano and Pete Sears who had both played on his previous solo album, Too Many Years, and had performed with Hot Tuna on their last release, And Furthurmore.... After release of this album, Kaukonen and Jack Casady began to perform as "Jack & Jorma, The Original Acoustic Hot Tuna" and Falzarano and Sears performed less frequently with Hot Tuna and Kaukonen's solo act, with Sears finally leaving in 2001 and Falzarano leaving in 2002.

Steady as She Goes is a 2011 album by Hot Tuna, the band's first studio album since 1990. After Jorma Kaukonen recorded his solo album in 2009 at Levon Helm's studio in NY, he asked his new record company Red House if they would be interested in a Tuna album. The band started recording new tracks in November 2010 with the same producer and studio that Kaukonen used for River of Time and features the latest lineup of the band that formed in 2009 when Skoota Warner joined on drums. On March 11, 2011 Red House released Angel of Darkness as a free single. The album was released on CD and on iTunes April 5, 2011 and was released on vinyl in May. The album first charted on the Tastemaker and Independent album lists compiled by Billboard for the week of April 23. 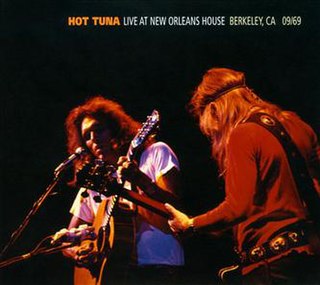